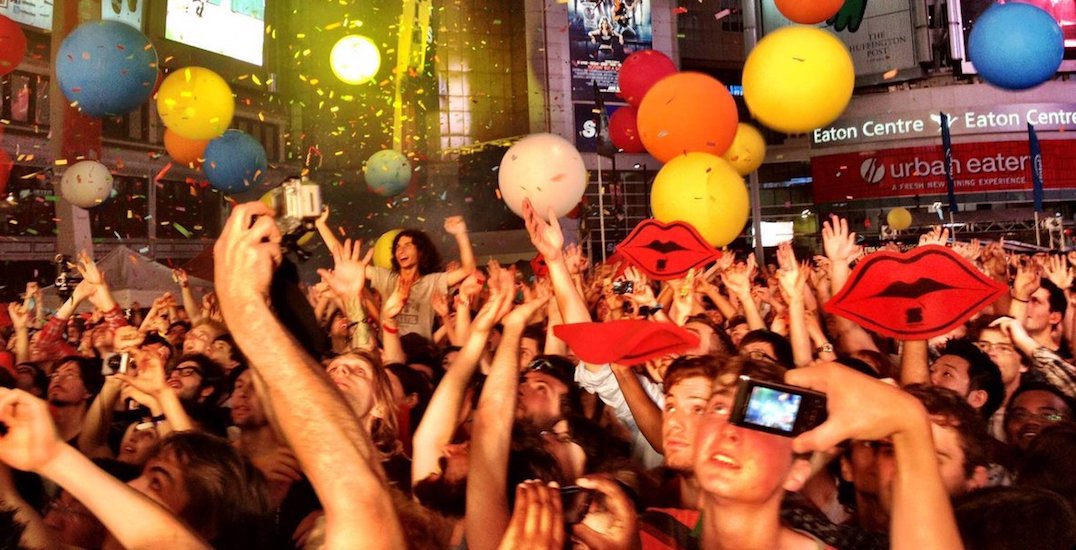 After a rather unsuccessful 2017 festival run, the annual event announced that it will be relocating back to its original stomping grounds at Yonge-Dundas Square in 2018.

You asked, and it’s here! The first wave of #NXNE2018 performers including @JazzCartier, @AZEALIASPEAKS, @bigfreedia and more! 🎶 pic.twitter.com/Ycbs1BA2NY

This year, the festival will expand the Club Land Curator Series throughout the week with leading Canadian musicians hosting and curating showcases across the city at dozens of venues and clubs.

Game Land will kick off the event and will take place in a unique downtown Toronto venue, and will feature a three-day live eSports extravaganza with hundreds in attendance and tens of thousands viewing online via NXNE’s Twitch channel.

When: June 8 to 17
Where: Yonge-Dundas Square, and other venues