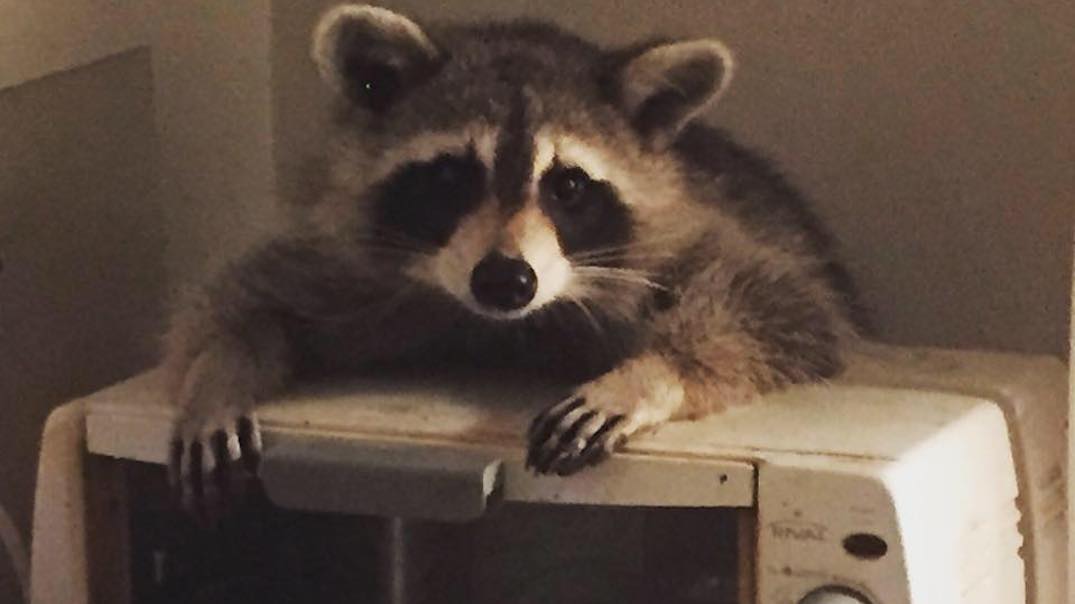 Toronto was recently dubbed the raccoon capital of the world, and now Jenny Serwylo knows exactly why.

The Toronto resident posted a video on Instagram and Facebook this week explaining her encounter with our local mascot.

“It’s 1 in the morning and I heard some noises,” Serwylo said. She had found a raccoon eating her bread in the kitchen.

In the video, Serwylo said that there were actually two racoons who climbed in through her kitchen window, but she managed to chase one out.

The one who stayed behind ended up hanging out behind her toaster for the most part.

“He’s really scared and I’m really scared… he won’t stop eating tortillas,” she said, adding that “this is the most Toronto thing that’s ever happened to me.”

At times, Serwylo was laughing and calling the animal cute, but there was also fear in her voice.

“This is a rollercoaster of emotions,” she said at one point.

According to her video, the unwanted kitchen visitor left around 1:30 am. But more raccoons were outside the window.

“They are still scratching to get in,” Serwylo said.

Luckily for her, they didn’t.

But her kitchen was still a mess in the end.