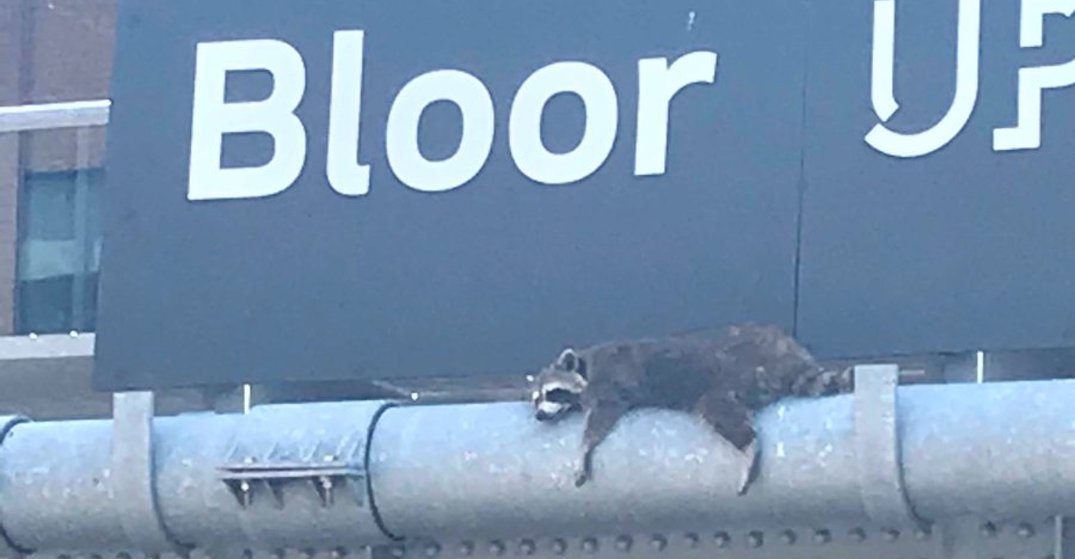 It’s been so hot in Toronto lately.

As the city remains under a heat warning, some of our favourite animals are also feeling the warmth.

A raccoon was pictured under an UP Express sign on Thursday, and the little guy was looking pretty tired.

The raccoon was laying faced down on a circular pillar when someone captured the very Toronto moment.

Having been spotted under a Metrolinx sign, spokesperson Anne Marie Aikins commented on the photo over Twitter.

“Poor raccoon is too hot to get UP!” she said.

Poor #raccoon is too hot to get UP! https://t.co/Mr7WdYNprI

The raccoon is basically feeling what the city has felt all week.

And not to worry, a kind Torontonian (who also shared the photo on Facebook) said he called the city to let them know about the raccoon.