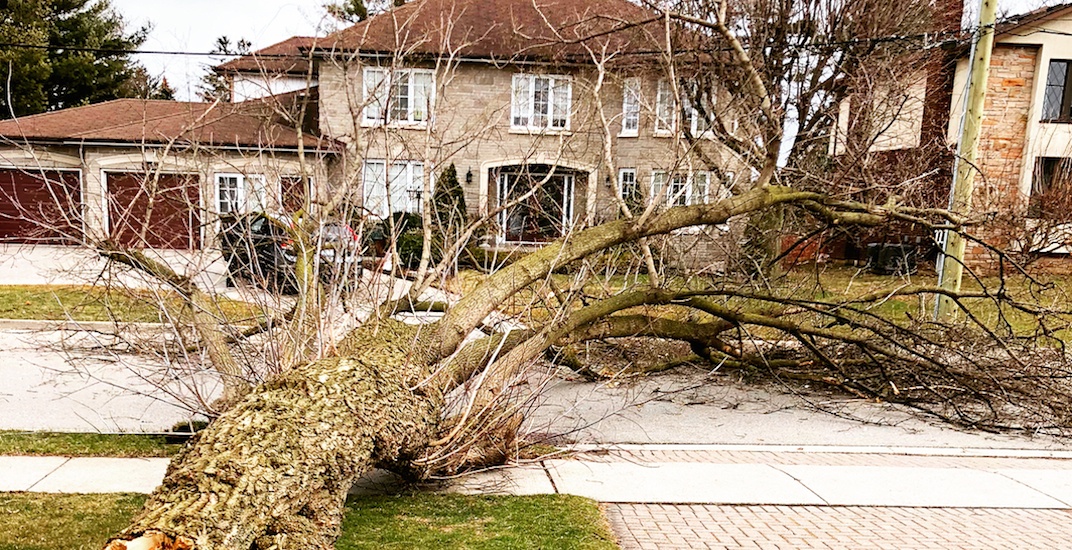 The intense and powerful windstorm that passed through Ontario yesterday caused absolute chaos, leaving serious destruction in its wake.

The windstorm, which was said to have high winds up to 90 km/h, took down power lines, knocked over trees and left nearly 100,000 customers in southern Ontario without power.

While many of us heeded Environment Canada’s warnings and stayed indoors, others headed outside to capture the storm and its aftermath.

For those of us who weren’t so brave, check out top photos and videos of yesterday’s powerful windstorm in Toronto.

Winds now approaching 100 km/h with my anemometer measuring a gust to 92 km/h.

Come on down to @Lowes, we have plenty of sturdy shed…. Nevermind.. #OnStorm pic.twitter.com/QaI4hzAloF

At least the teens are having fun with the wind… #OnStorm #Markham #StaySafe #Ontario pic.twitter.com/jnWlL0jGeY