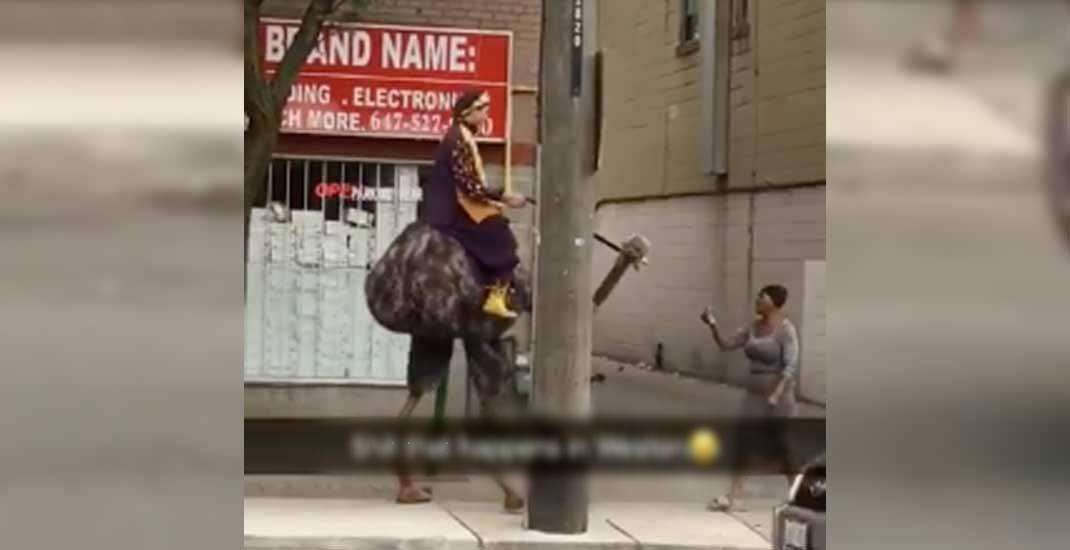 Well, this is something you don’t see every day.

Torontonians were greeted with an unusual sight this month after a man was spotted riding what appears to be a large ostrich down Weston Road.

A video of the unusual sight was recently shared on Facebook by 6ixbuzztv with the caption “Weston road certified” and has quickly racked up nearly 60,000 views since it was posted on Saturday.

While it remains unclear if the animal is actually real or an elaborate costume, Facebook users were entertained by the strange sight none the less.

“Can’t be real. But still a major wtf,” wrote one user.

“Not a real ostrich but cool performance nonetheless,” wrote another.

“You need G license to ride that thing,” added someone else.

Is it real or fake? You can decide for yourself after watching the video below.