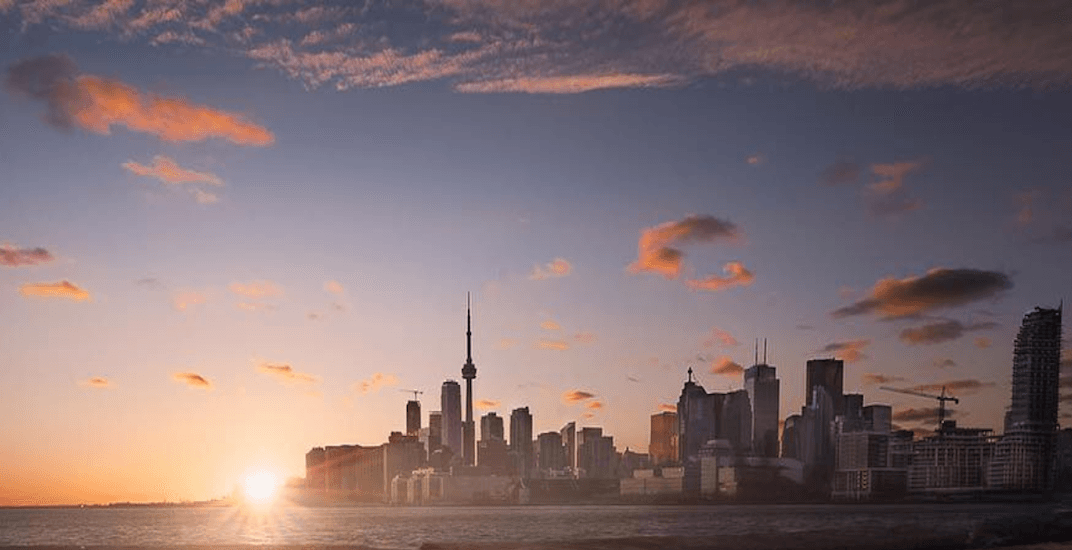 Above freezing temperatures return just in time for the weekend!

Make the most of the warmer weather by heading outside and checking out what’s happening in Toronto this weekend.

What: Toronto’s first ever digital food fest wraps up this weekend. Over 550+ restaurants and cafes will participate in the two-week event that will see signature menu items discounted up to half-off when purchased via Ritual and Apple Pay.

What: Stock up on your favourite beauty and lifestyle brands including L’Oreal , Johnson & Johnson, Cover Girl, Revlon, Dove, and more at up to 75% off.

When: Now until March 11
Where: The International Centre, 6900 Airport Road

What: Two of Toronto’s most prominent street photographers are hosting an exhibit in the city. Lucan Coutts and Max Whitehead’s photos have been seen millions of times through their social media accounts, and now you can view their work in person.

What: This winter, you can experience Yoko Ono’s latest art installation The Riverbed at the Gardiner Museum. The Riverbed invites visitors to collaborate with the artist, the museum, and each other, through everyday action and contemplation.

What: Toronto’s Totally Fabulous Vegan Bake-Off is back! Now in its 10th year, the plant-based baking competition presented by the Toronto Vegetarian Association celebrates a decade of vegan cupcakes, doughnuts, confections, and other decadent desserts!

What: Popping up at the Left Field Brewery on Toronto’s east side this March, peameal, Sloppy Foe, and smoked meat sandwiches from this Junction-area delicatessen. Admission is free!

Un-histories: art and the unconcluded

What: The 2018 Contemporary Art, Design, and New Media Art Histories Graduate Student Conference at OCAD University is back! This event is open to all and will feature keynote speeches in addition presentations, exhibits, and more.

What: Whether you’re a Sith lord or a Jedi Knight, the Cinesphere is the place to be for all those who love space opera this March Break. Located amidst the shimmering waters of the revitalized Ontario Place, there really is no better place to experience one of the most critically-acclaimed movies of 2017 than in Toronto’s famous geodesic dome, on the 10-story high screen.

What: Toronto Men’s Fashion Week kicks off this weekend, showing off some of the most cutting-edge runway presentations and showrooms in menswear.

What: TNT is holding a massive clearance sale for its men and women collections at its Yorkville location. If you’re in the market for some new clothes, you need to check this sale out. Shoppers can enjoy massive savings on items from a wide-range of high-end designers.

When: March 9 to 11
Where: TNT Yorkville, Yorkville Village, 87 Avenue Rd.

What: Come enjoy an evening filled with yoga, meditation, music, dancing, and sound healing. More importantly, this event has a theme: dress like your truest self.
This means if you have always wanted to dress head to toe glitter, DO IT. Tickets available through the jukebox app.

What: This month, the Opera House will transform into The Mystic Forest an immersive, multi-performer event, complete with colourful costumes and exceptional set design and props. Tickets available through the jukebox app.

What: Discover the woman behind the camera in this eye-opening portrait of the renowned photographer, Annie Leibovitz, the woman responsible for some of the most memorable images of the past several decades.

What: The St. Patrick’s Day parade is back for another exciting year and will celebrate Irish culture, history and heritage. The parade is recognized as the largest Irish themed event in Toronto and is fun for all ages.