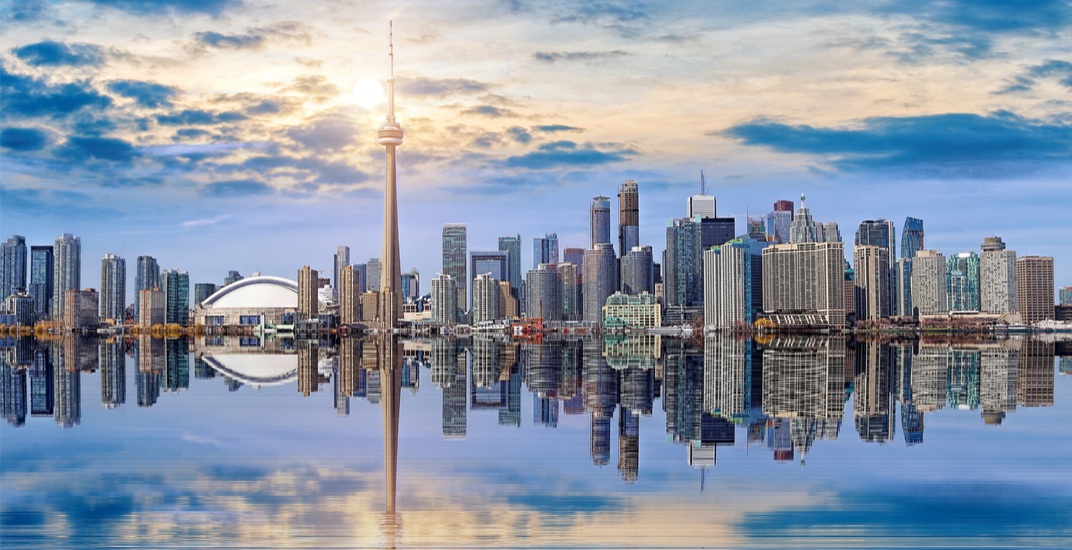 It’s the final weekend of July, so why not blow off some steam by enjoying an event our two from our curated list of top Toronto events, festivals, and activities taking place in the big city.

From music and food festivals to a nostalgic ’90s-themed dance party, these are the top Toronto events happening this weekend.

When: Now until July 30
Where: High Park Amphitheatre

When: Now until July 30
Where: The Beaches

What: Iranian-Canadians gather on Toronto’s waterfront for this non-religious, non-partisan four-day festival of music, dance, food, discussions and historical programming.

When: July 27 to 30
Where: Harbourfront Centre

Happy Hour – Under the Tuscan Sun

What: Campari cocktails and a menu of stuffed zucchini flowers, pizza, and sausage-stuffed calamari are on the menu at this summertime event hosted by the newly revamped Italian restaurant across from Trinity Bellwoods Park.

What: There’s nothing we love more than the ’90s, which is why there’s no better way to celebrate the ’90s than with the most epic party this city has ever seen. You can enjoy ’90s music all night long, free glow sticks, ’90s-themed surprises and drink specials, and even a ’90s themed costume contest.

What: It’s not deja vu (at least not for the first show). American hip-hop recording artist and record producer J. Cole is stopping in at the Air Canada Centre on July 28, as the multi-platinum-selling artist is touring in support of his fourth album, 4 Your Eyez Only. Since its release, each of its ten tracks has notched a place on the Billboard Hot 100 chart. The “4 Your Eyez Only Tour” follows Cole’s 2015 “Forest Hills Drive Tour,” which was the highest-selling hip-hop tour of that year, after which Cole embarked on an international festival run in 2016. J. Cole is on the road with Anderson .Paak.

What: Just like Christmas but in July! This biannual beers event returns for a summer edition asking an “exuberant Hawaiian shirt” dress code and thirst for a dozen different brews. Tickets start at $30.

When: July 28
Where: Mel Lastman Square

What: Located right in the heart of the Financial District, visitors can look forward to mouth-watering dishes from 14 local chefs, restaurants and food entrepreneurs offering the perfect outdoor escape from the office.

What: Hosted by The Beer Store, Toronto’s Festival of Beer is home to over 60 brewers featuring more than 300 brands from all over the world. Ticket price includes five sample tokens and a commemorative festival sampling cup.

When: July 28 to 30
Where: Bandshell Park Exhibition Place, 200 Princes’ Blvd

What: This summer, you can catch free Canadian musicians perform at Toronto Pearson International Airport as part of YYZ Live, a musical celebration with 150 performances from 75 local artists in honour of Canada’s 150th birthday. This weekend, Kristin Fung, Joy Thompson, and Tichaona Maredza will be performing.

When: Now to September 15
Where: Pearson International Airport

What: Back for its third year, the very fun multi-day arts and music festival is everything we crave about summer festivals. The WayHome Music & Arts Festival is fast becoming one of the largest festivals in the region, all due to its wicked vibes, and incredibly diverse lineups, which includes Flume, Cage The Elephant, Imagine Dragons, Solange, and School Boy Q.

What: The Toronto International Youth Dance Festival will be taking over Nathan Phillips Square for three days this summer for a multi-cultural celebration of dance.

What: The third annual Polynesian Festival presented by Hālau Hula I Ka Lā (“Hula School in the Sun”) takes place at North York City Hall. Look forward to tropical treats and Hawaiian faves (think spam and poke) plus live entertainment and a marketplace.

What: Come and enjoy amazing food from local farmers, food producers, and chefs who will be serving up some of the best local and seasonal food in the city.

What: The Roundhouse Gallery at Steam Whistle Brewing presents SOJOURN, a solo exhibition of recent work by Sarah Carlson. The paintings in Sarah Carlson’s collection are a pictorial mix of figuration and abstraction inspired by recent travels within Canadian wild spaces.

What: The Pin + Patch Show will showcase a variety of local flair designers selling their unique pins and patches all under one roof in Toronto.

What: This is the final weekend to catch the internationally acclaimed entertainment company Cavalia as it brings its latest production Odysseo to Mississauga. Odysseo features 65 magnificent horses and 48 talented riders, acrobats, dancers, stilt walkers and musicians.

What: This year, the Christie Pits Film Festival’s theme is EYES ON THE PRIZE, and will be screening films about competition and beating the odds. Locally organized, the Christie Pits Film Festival has attracted thousands to its free weekly series of outdoor films. This Sunday’s film is Bee Nation, which tells the story of First Nations kids competing at the highest level in the provincial and national spelling bees. Although all screenings are free of charge, there is a suggested donation of $10.

What: Multi-award winning dancehall artist Sean Paul is back. Yes, THE Sean Paul. His last album was released back in 2014, and he’s playing The Move Throwback Bash with Brandy, Ginuwine and more.