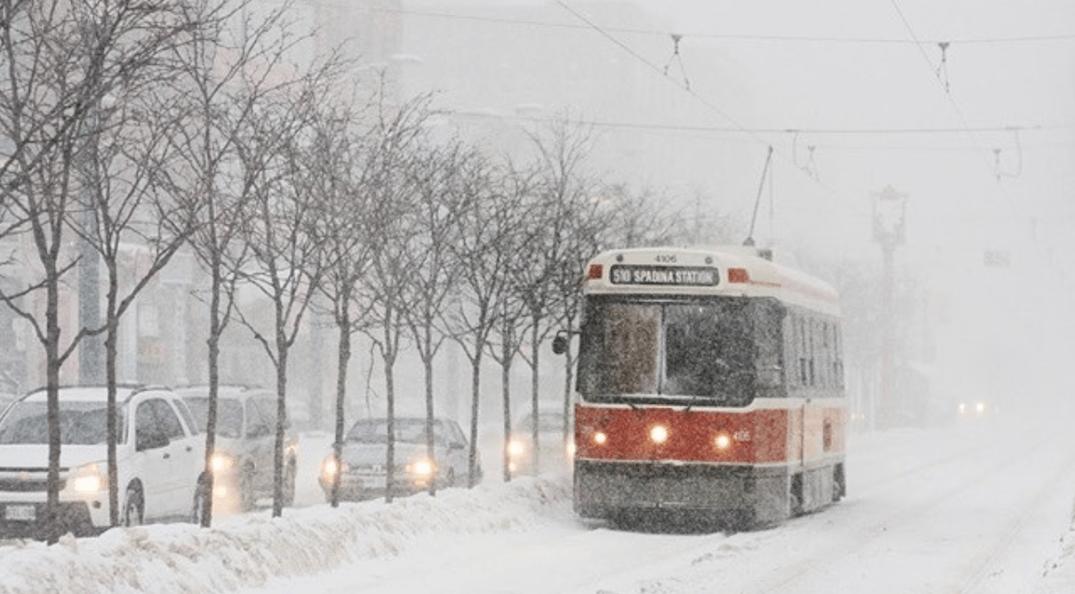 After a week of mixed weather that included rain and milder temperatures, Toronto is about to get hit with snow once again.

While it’s 1°C as of Thursday morning, temperatures will be dipping again by Friday, when the daytime high will feel like –14°C.

Snow will begin to fall on Sunday, with the heaviest snow expected between Monday and Tuesday. Overall, Toronto should be seeing between 10 to 15 cm of snow.

“While it is too early to be certain of the exact storm track and the resulting snow totals, confidence is increasing that this storm will have a significant impact on our region during Monday night and Tuesday,” said Dr. Weather Network meteorologist Dr. Doug Gillham. “The exact track will be critical to whether we also see a band of lake effect snow at the west end of Lake Ontario due to an east wind.” 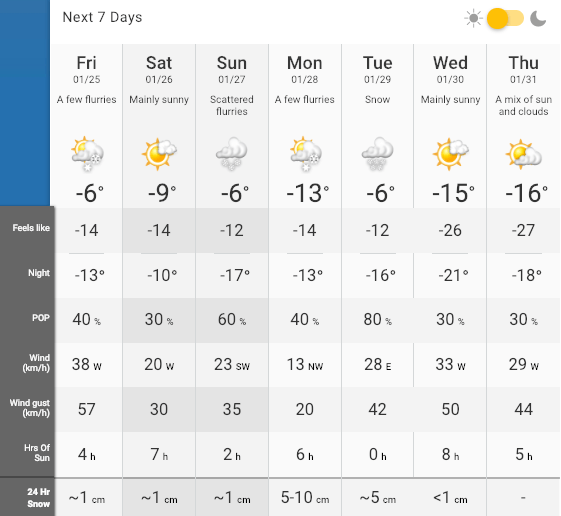 And snow won’t be all of the weather stories we’ll be seeing next week, as temperatures continue to dip even further through to Thursday.

Expect the return of -27°C days, even as the sun rolls back into the city by then.

The Weather Network is also forecasting colder than normal temperatures to dominate the month of February and into March as well.