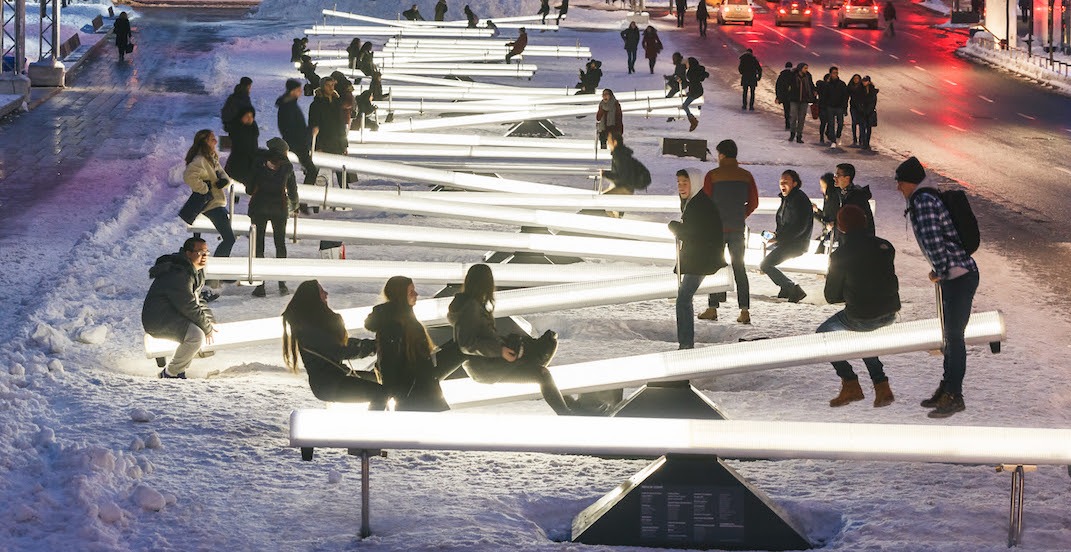 Toronto’s waterfront will once again be filled with interactive public art installations during some of the coldest months of the year.

Winter Stations and the Waterfront BIA are teaming up again this year to reinvent the water’s edge, drawing Torontonians outside this winter.

In an effort to diversify the offerings and showcase public art, the partnership is evolving to mount a series of exhibits leading up to the February Family Day launch of Winter Stations at Woodbine Beach.

“As an organization, Winter Stations has proven successful in using public art to draw people back down to the water’s edge in the colder months,” said Tim Kocur, executive director of Waterfront BIA in a statement.

“As we explore ways to extend our partnership, we wanted to focus on creating more opportunities for artistic intervention. We also wanted to create a distinct experience from the beach by transitioning to invited exhibits.”

He added that both organizations are excited to be bringing two dynamic, interactive installations to the waterfront for their Toronto debut, with one kicking off this month. 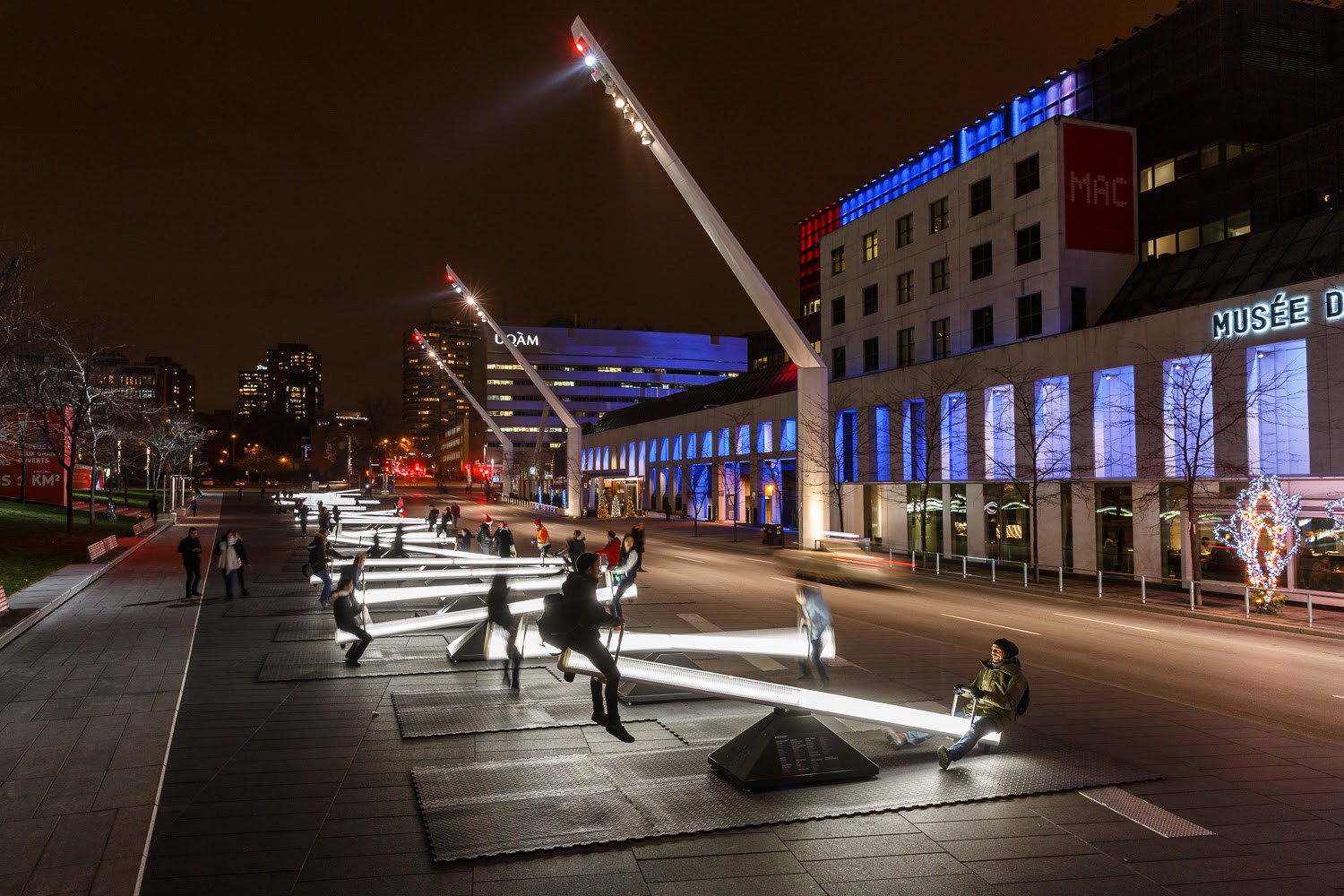 The first installation to pop-up is titled Impulse, and it’s an interactive work comprised of 15 seesaws that form units of light and sound that can be activated by the public to create an ever-changing composition.

The installation was first presented as part of the sixth edition of Luminothérapie in 2015-2016 at the Place des Festivals in the Quartier des Spectacles in Montreal.

Created by Lateral Office & CS Design, Impulse will be on display at the Harbourfront Centre from October 25 through November 12, from 9 am to 10 pm daily. 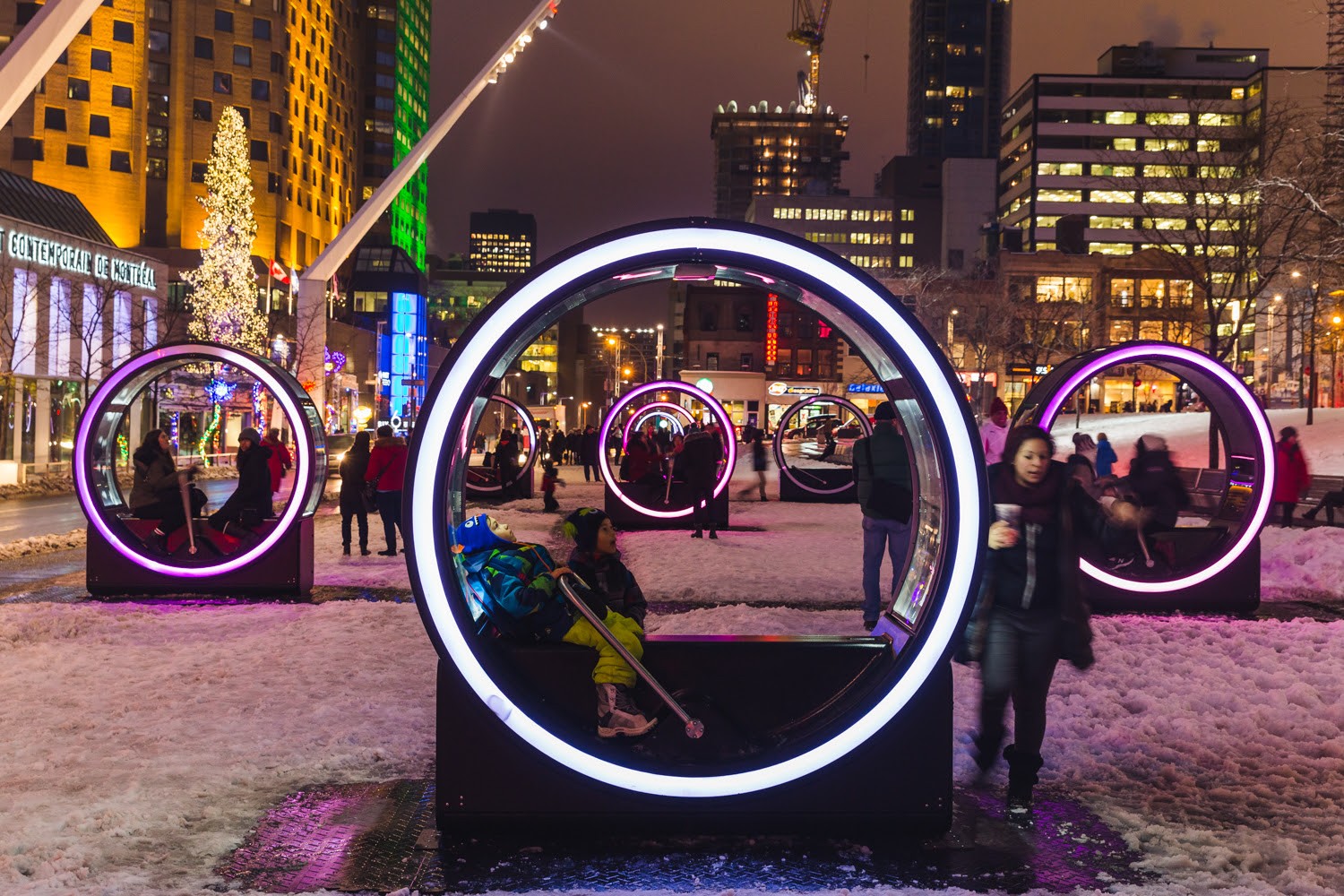 The second installation coming to the waterfront is Loop, a cross between a music box, a zoetrope (a 19th-century optical toy), and a railway handcar. The “retro-futuristic” machine, which is more than two metres in diameter, creates animated fairy-tale loops.

It activates when a group of people work a hand lever, revealing a lit-up image cylinder that creates the illusion of motion in the drawings.

The installation was first presented as part of the seventh edition of Luminothérapie in 2016-2017 at the Place des Festivals in the Quarter des Spectacles in Montreal.

Created by Olivier Girouard (Ekumen), Jonathan Villeneuve and Ottoblix, Loop will be on display from January 15 through February 18 at York Street Park (York Street and Harbour Street). It will be open from 9 am to 11 pm daily. 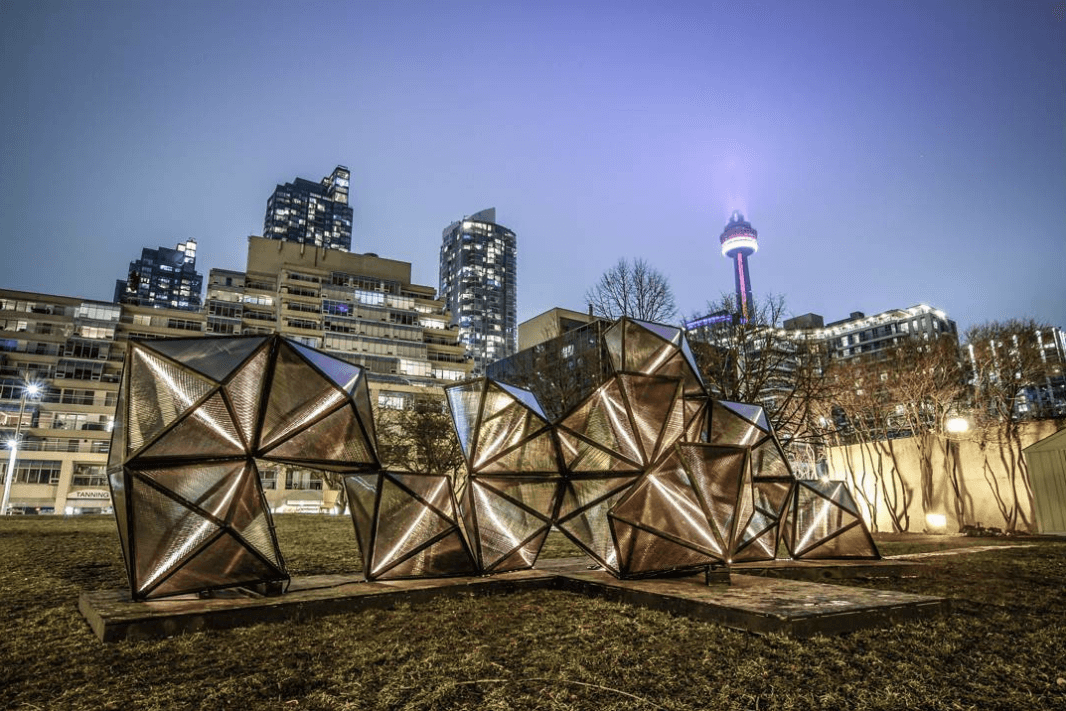 Additionally, the flagship winter Stations exhibit is slated to launch its sixth annual competition in the coming weeks.

Winter Stations, which is an international competition and exhibition, receives design submissions from around the world.

Each year, the winning installations transform the unused lifeguard stations along Woodbine Beach into whimsical works of winter art.

When: February 17 through March 30
Where: Woodbine Beach
Price: Free to attend