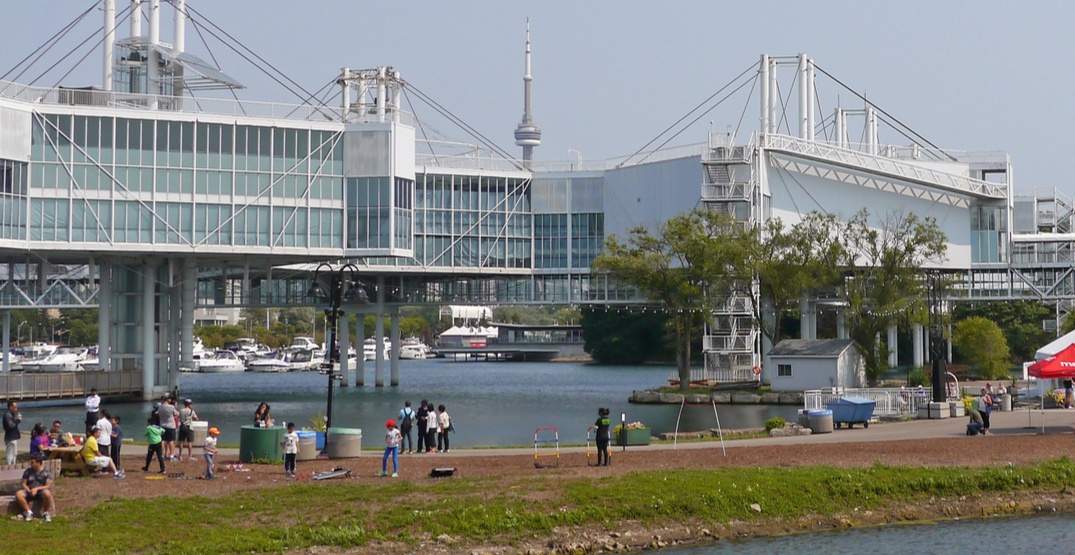 After the Ontario government announced earlier this year that it would begin accepting proposals for a redevelopment project on Toronto’s waterfront, one company has already pitched its vision for what the space could like like, despite the fact the “Expression of Interest” process hasn’t even officially begun yet.

The vision comes courtesy of Kilmer Group’s Joe Berridge and Ken Tanenbaum unveiled what they’d like to see happen on the site.

Known as “OPX,” the project proposes a number of ideas, broken down into what is billed as 10 Key Building Blocks, and Eight Key Moves.

“The essential strategy is to make OPX an economically self-sustaining park by locating a complex of activities large and small that can generate the revenues necessary to support a large and active public space while minimizing upfront City and Provincial investment,” the proposal reads.

Among the 10 building blocks is the “proposal to create lots of destinations in OPX.”

According to the documents, this would include “a large, imaginative indoor/outdoor waterpark/spa…new indoor/outdoor performance space” and “other active waterfront uses such as retail, entertainment, and tech/media activities.” 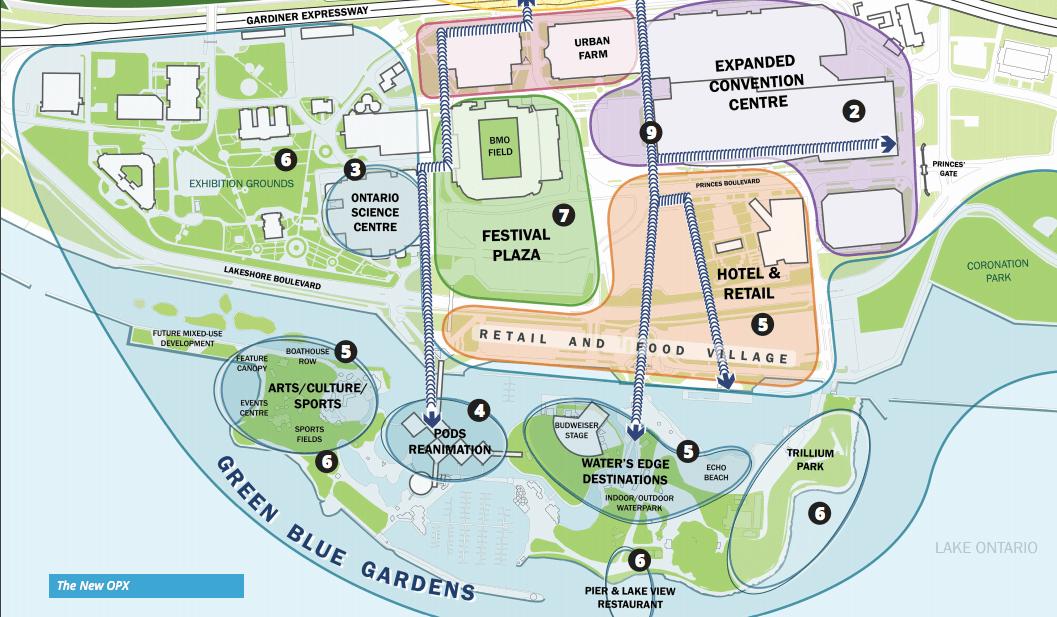 A rendering of the OPX layout (OPX)

The proposal also states that all the new buildings and activities in OPX will be located within fully-accessible public space, with a continuous water’s edge promenade connecting the waterfront trail to the new Trillium Park and to the West Island of Ontario Place, which will become a connected landscape of parks, gardens and water spaces studded with interesting activity.

“In combination with the existing park spaces of Exhibition Place, the western half of OPX will become a very large new contiguous waterfront year-round public open space, bringing new life and energy back to a remarkable stock of heritage buildings, landscape spaces and its singular lakeside location at one of the key gateways to the city,” the proposal reads. 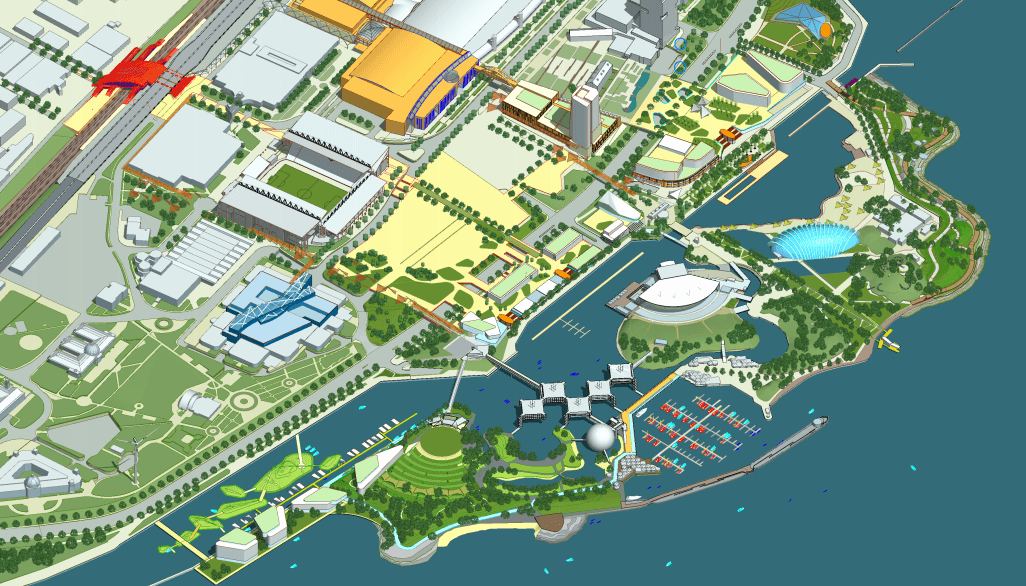 The pitch follows an announcement back in January by Michael Tibollo, Ontario’s Minister of Tourism, Culture and Sport, who said a new vision for Ontario Place that will allegedly maximize investment to develop the site as a top destination to visit.

“We’re going to bring Ontario Place back to life and make it a spectacular world-class, year-round destination to visit in North America,” said Tibollo at the time.

“Our vision for Ontario Place will make it an impressive attraction that could include exciting sport and entertainment landmarks, public parks or shopping. We could also have places for recreation, for people to come together and to hear great music at the existing amphitheater.”

Tibollo’s also announced that an Expression of Interest process will open this spring that will allow potential developers from around the world to take “a fresh look at Ontario Place and make this vision a reality.”