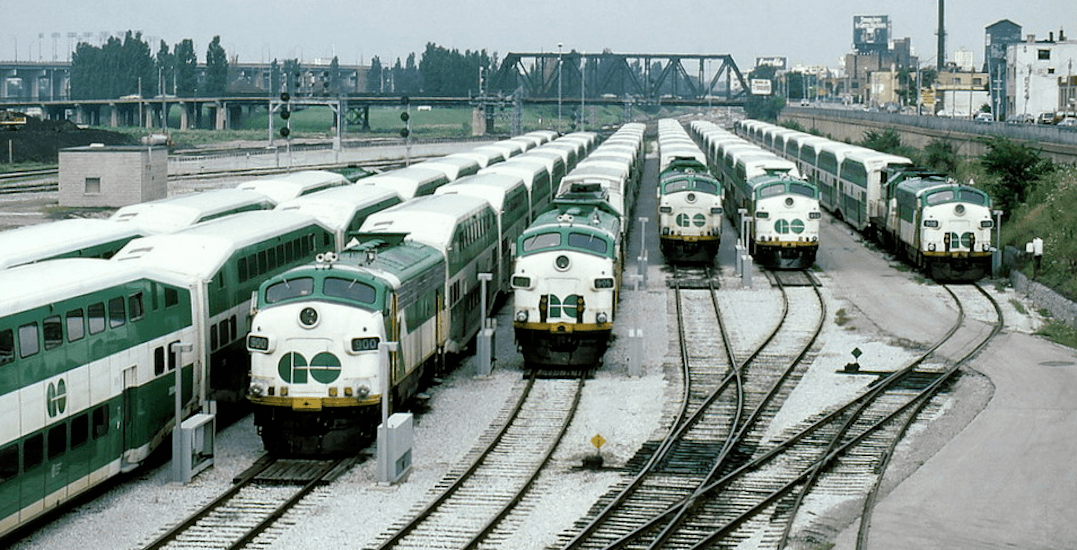 The green and white transit system that you know and love hasn’t always looked that way.

And trains and buses that cart you and your loved ones around the GTA haven’t always stretched so far beyond the city.

These vehicles, while carrying many passengers, also carry a lot of history. Here’s a peek at what’s evolved throughout the years.

GO Transit was born in the 60s, as Canada’s first rail service specifically designed for transit. 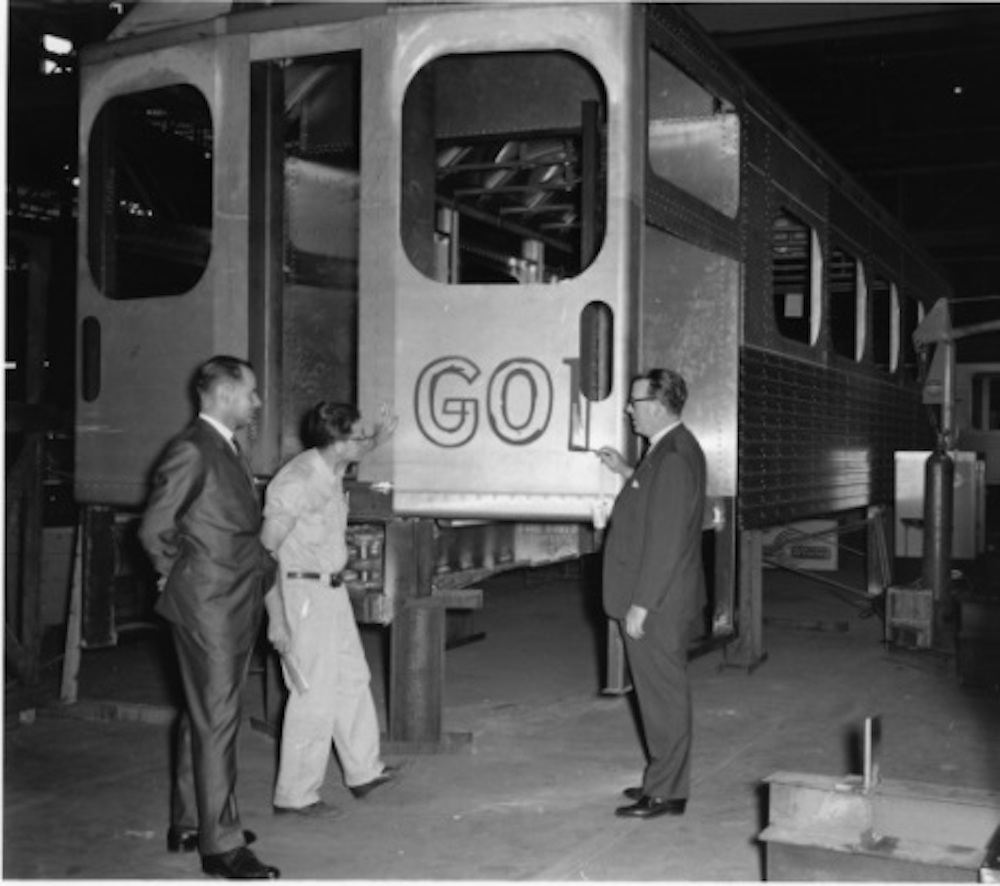 According to Nitish Bissonauth, Metrolinx’s bilingual spokesperson, media relations and issues specialist, GO stands for Government of Ontario Transit. And, surprise, the logo actually has all three letters G, O and T in it.

No, not that GOT.

Now that you’re picturing the big GO symbol, we guess you’re wondering where the T is? Tilt your head to the left and you’ll see it, in thin white lines, dividing the G vertically and the O horizontally.

Yeah. We’d never noticed either, and we’re just as baffled as you are. 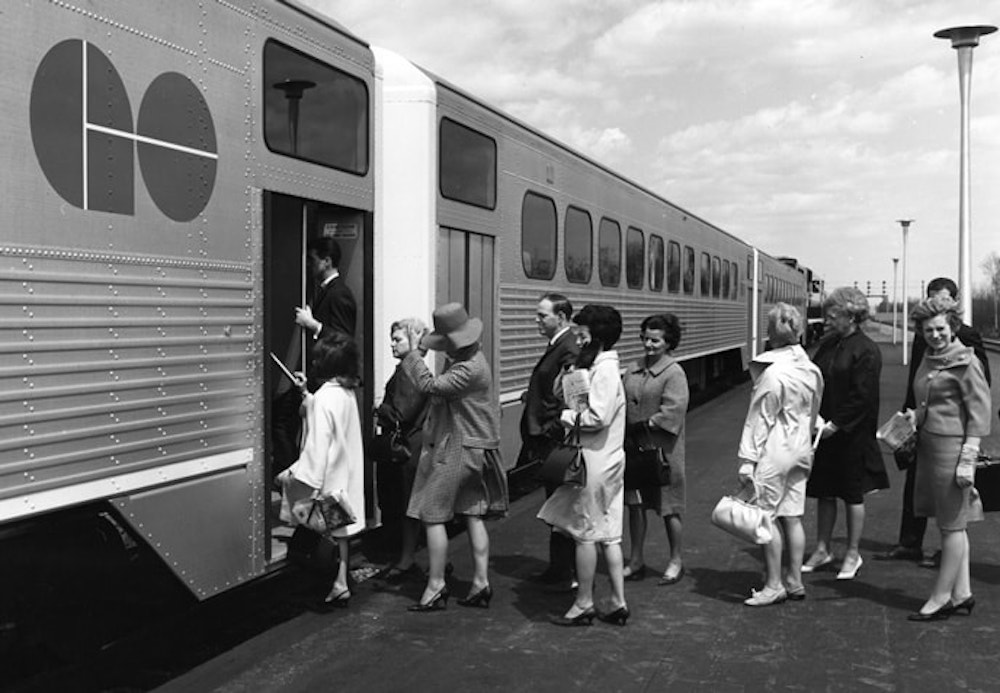 According to Metrolinx, Ontario’s first interregional train rolled through stops along the Lakeshore line between Pickering, Union, Oakville and Hamilton on May 23, 1967. 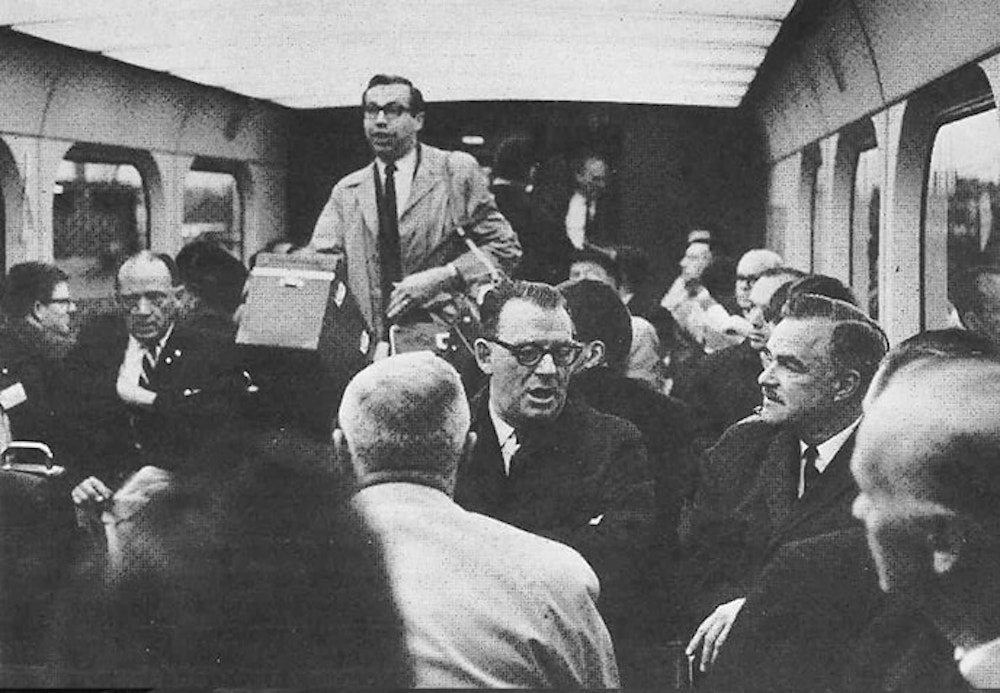 On the first day, rides were free, and while coaches were large enough for 125 passengers, there were only seats for 94.

In terms of exterior design, the engine had blue paint and the iconic green logo, shares Bissonauth.

As the late 1970s hit, trains got more spacious.

And, Bissonauth reports, as coaches became more spacious, locomotive engines became more powerful. Switching to what are called Thunder Wagons, these engines needed to be on all the time in order to provide effective power.

They even had to run while stopped stations—the sound of which matches their name. 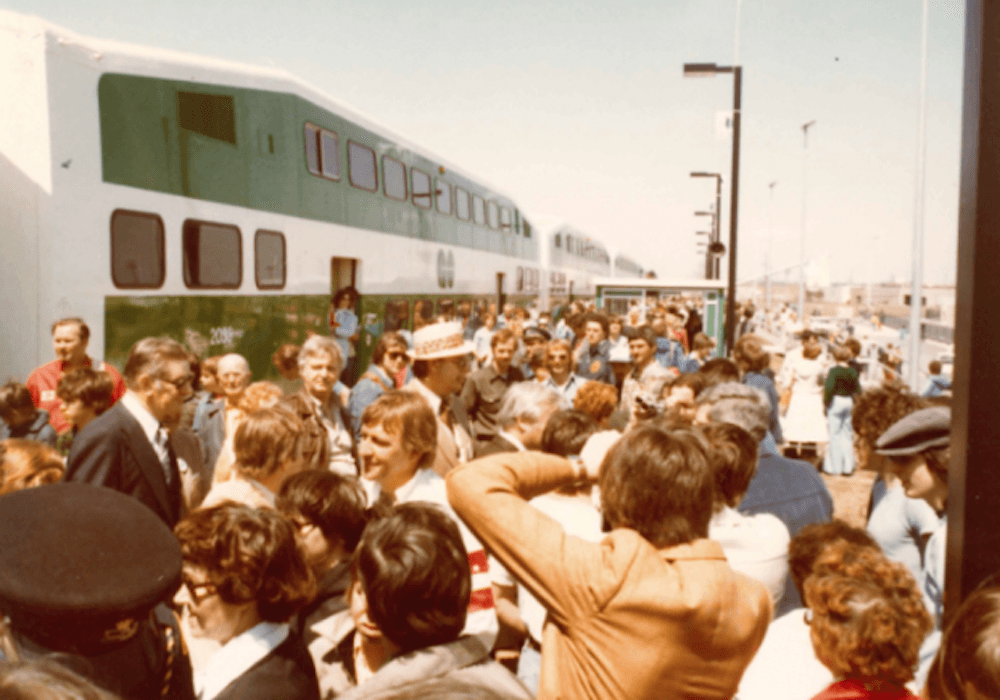 It wasn’t until the early 80s that computer controls came into play. Along with that, there was further expansion with the launch of the Milton, Bradford and Stouffville lines, says Bissonauth.

And it was in 1997 that Bombardier took over as maintainer of GO fleets, and they remain in that position today. Before that, Bissonauth says, the trains had been operated under CN. 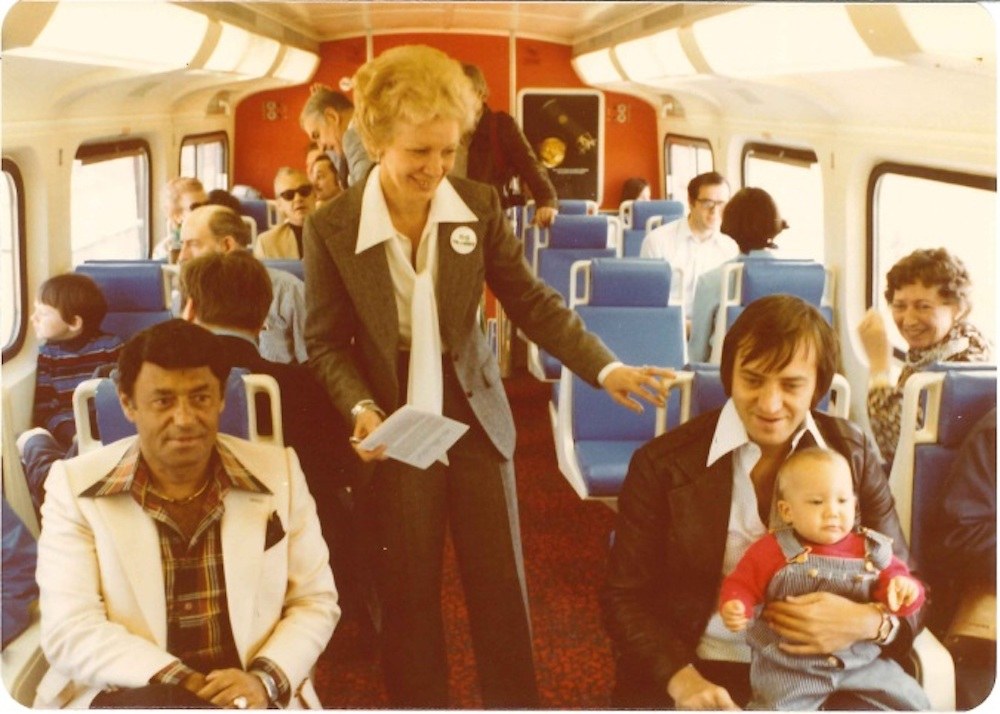 And in what feels like quite recent history, it was between 2007 and 2008 that GO Transit received the now quite recognizable MP40s with aerodynamic (read: slanted) noses.

Bissonauth describes the then-new locomotive engines as having 4,000 hp and top speeds of 144 km/h. Which means, of course, that more commuters could benefit from the system.

These were the first locomotives capable of handling a 12-car train set, he says. 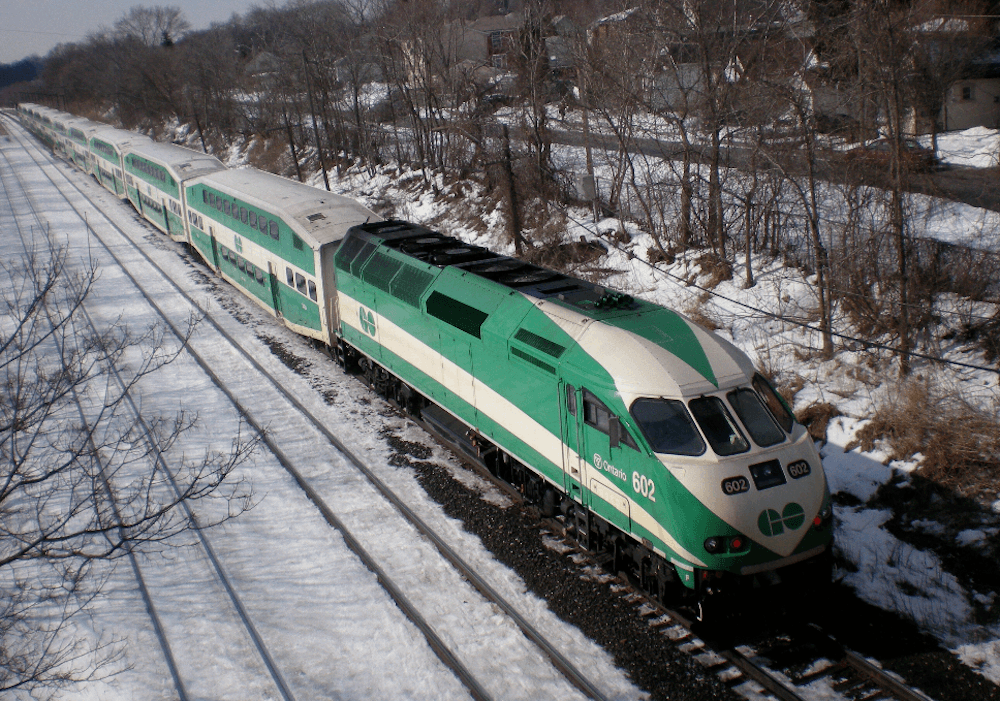 Today, GO has eight F59 and 67 MP40 diesel locomotives, and close to 846 rail cars that seat up to 162 passengers each. There are nine different series of bi-level coaches in service today and four different generations of locomotives – soon to be a fifth, Bissonauth says. 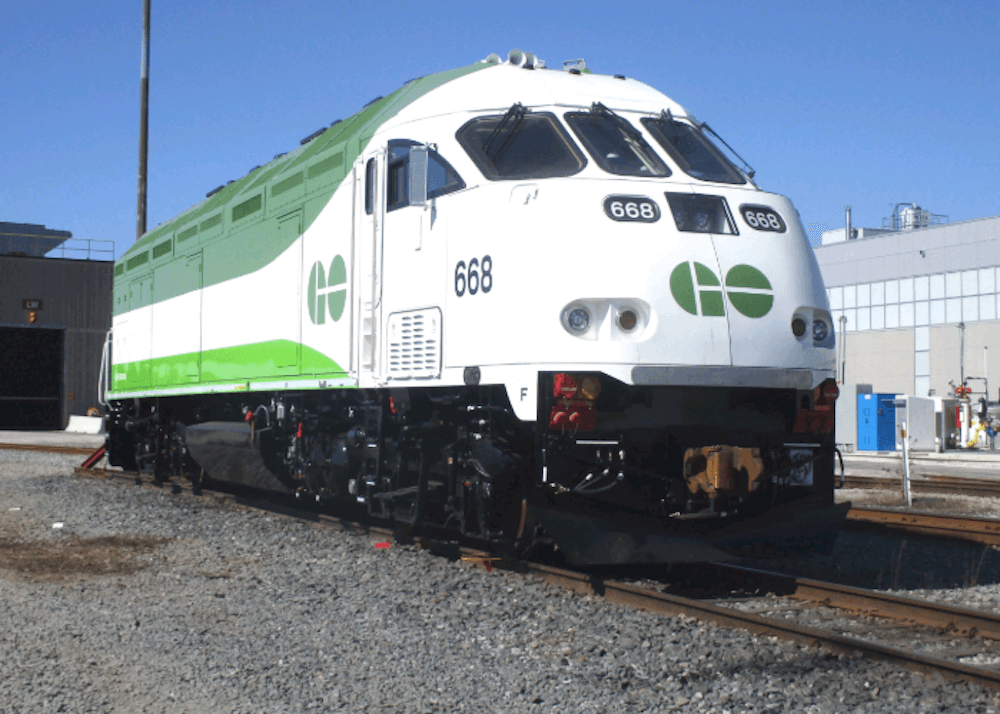 And that, folks, is what you call a glow up.

Although, we must say that while the new GO vehicles are great for modern-day life, looking at those photos has us itching for the nostalgia of an old train car.