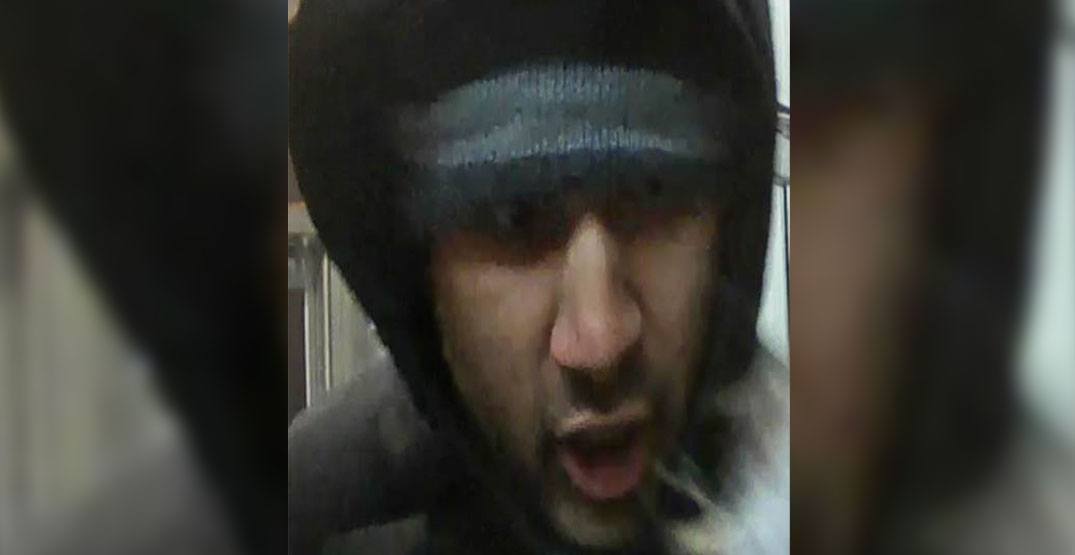 The Toronto Police have requested the public’s assistance identifying a man wanted for a number of ATM robberies throughout the city.

On Wednesday, February 13, around 7 pm, officers responded to a call for a robbery in the area of Larence Avenue East and Birchmount Road.

According to police, a woman entered the ATM vestibule to deposit some money. At this time, a man, who was lingering at the entrance, followed her inside.

The man then produced a knife and made a demand for money. Police say the two then became involved in a physical altercation, at which point the man obtained a quantity of cash and fled the area.

The suspect is described as 6’0″, with a medium build, and a light complexion. He was wearing a black hooded jacket, with the hood worn up, a black and grey toque, grey pants and black shoes.

Investigators believe he is also responsible for five other similar robberies at ATMs in the area bounded by Victoria Park Avenue, Markham Road, Sheppard Avenue East and Lawrence Avenue East.

Police believe the suspect is violent, armed and dangerous. If he is located, do not approach and call 9-1-1 immediately.

Investigators would like to remind members of the public to be aware of their surroundings, and remain alert, particularly when using ATMs.

Police have released security images of the suspect. 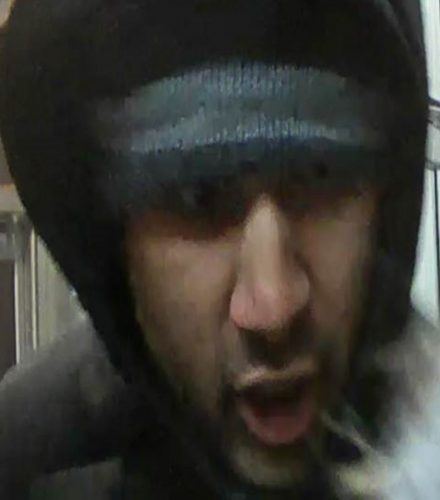