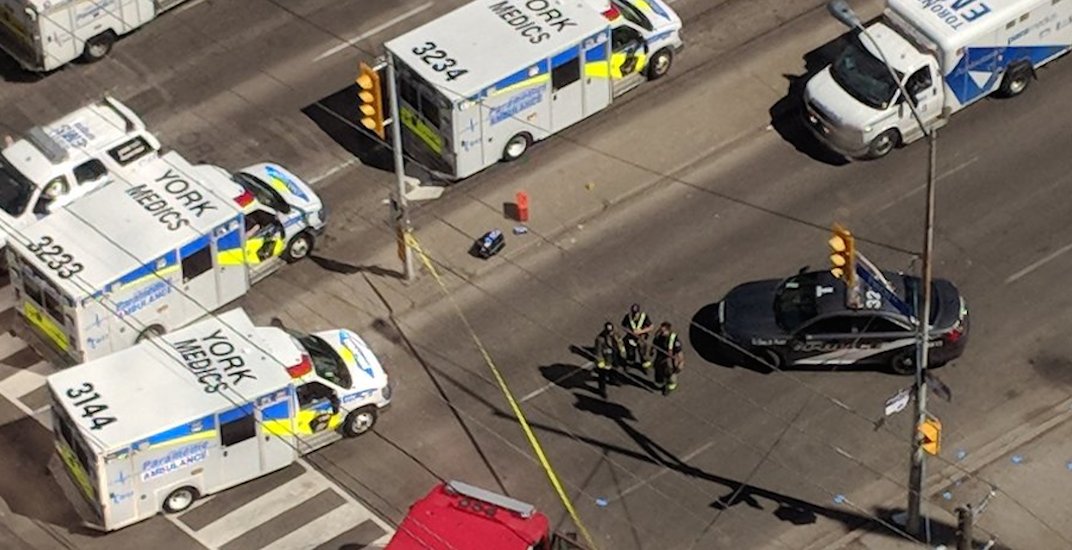 Update – 9:07 pm EST: Toronto Police have confirmed that 10 people are now dead and 15 are injured and remain in hospital. They have also identified the alleged driver as 25-year-old Alek Minassian from Richmond Hill.

At a press conference at Earl Haig Secondary School, Mayor Tory told the media that the city is in safe hands at the moment and that “this is a time when the city should come together.”

Police confirmed that they have located the vehicle, the driver is in custody and he is currently being investigated.

Deputy Yuen then advised the media that nine people are dead and 16 others are injured following this tragedy.

Mayor Tory is asking all business and office buildings in the area to close early for the remainder of the day and ask employees to go home.

Mayor Tory also advised the media that there will be several days of disruptions to traffic and businesses in the area because of this ongoing investigation.