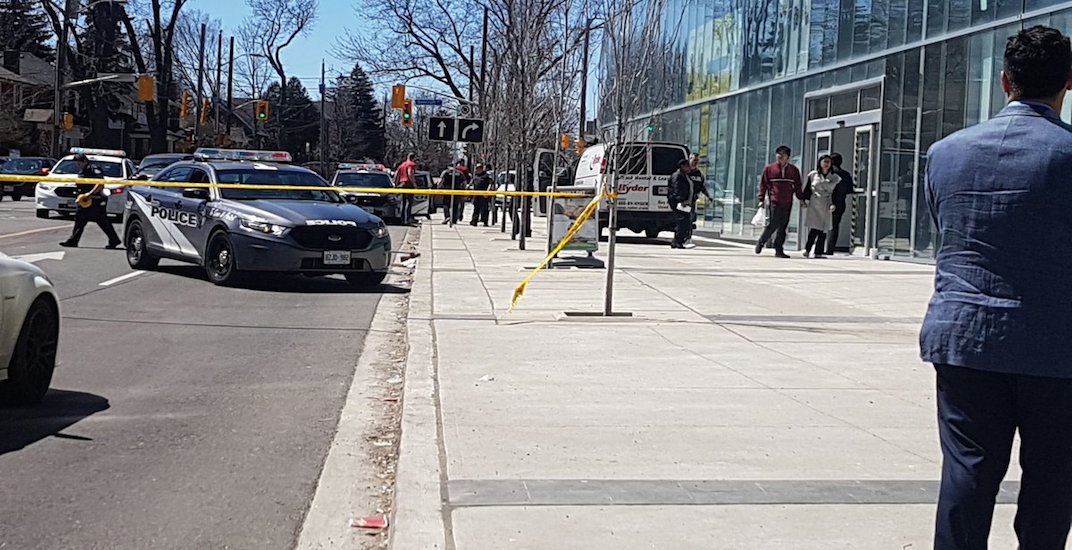 According to multiple reports, the driver of a white van that struck several pedestrians in the Yonge Street and Finch Avenue area this afternoon is now in police custody.

The Toronto Police said eight to ten pedestrians were struck by the van when the vehicle mounted the curb and struck pedestrians walking along the sidewalk.

There is still no word yet on the extent of injuries and police have not said the motive or cause of the crash, though a witness told CBC that “he had seen at least four bodies lying covered on the ground.”

Following the incident, police have closed the southbound lanes of Yonge Street at Finch as they investigate.

The TTC has now suspended Line 1 subway service between Sheppard and Finch stations and said there will be no shuttle bus service.

At request of police, there is no subway service north of Sheppard Stn on Line 1 as police investigate this horrific situation near North York Centre. Finch Stn. is closed. If heading north, you can use Line 4 and transfer to 11 Bayview, 51 Leslie or 25 Don Mills buses.

Police are advising the public to stay away from the area.