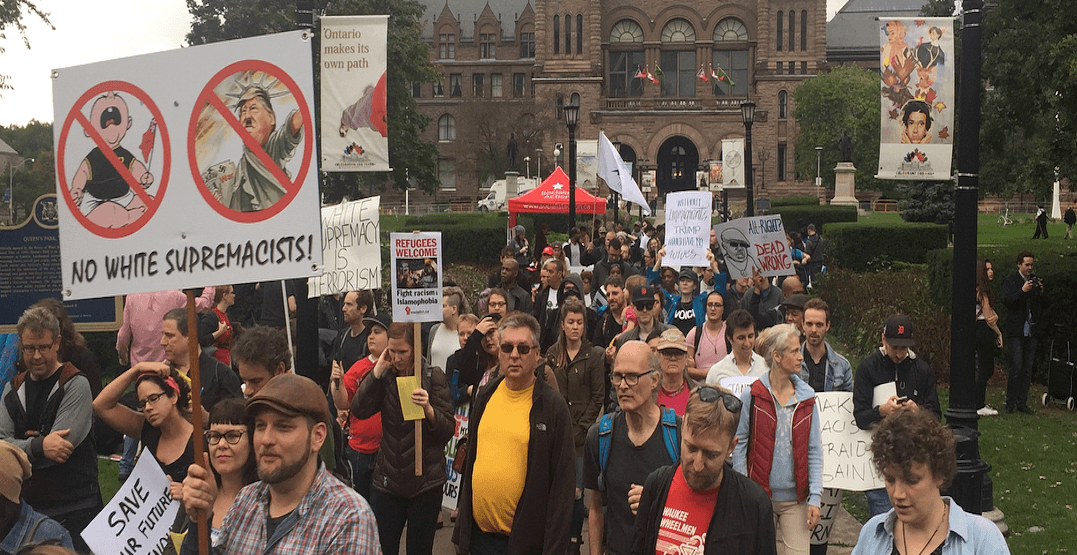 The stormy weather didn’t stand a chance against the thousands of passionate Torontonians who took to Queen’s Park Sunday afternoon to show their support at the Toronto Unity Rally.

Despite the dreary weather, people from various cultures, community groups, sexual orientations and religions took over the front lawn of Queen’s Park, for the purpose of combating hate with actions centered around love.

And while there was a heavy police presence, those who attended were enthusiastic and energetic, eager to put an end to white supremacy in Canada.

The rally was followed by a peaceful march, that led demonstrators along busy city streets and then back to Queen’s Park. If you weren’t able to be apart of the unity rally, the love and support from everyone who attended were incredible.

Here are some of the photos shared from demonstrators on social media.

An energetic and enthusiastic crowd gathers at the Unity Rally to End White Supremacy in Toronto. #UnityTO pic.twitter.com/vCT6aUBMlk