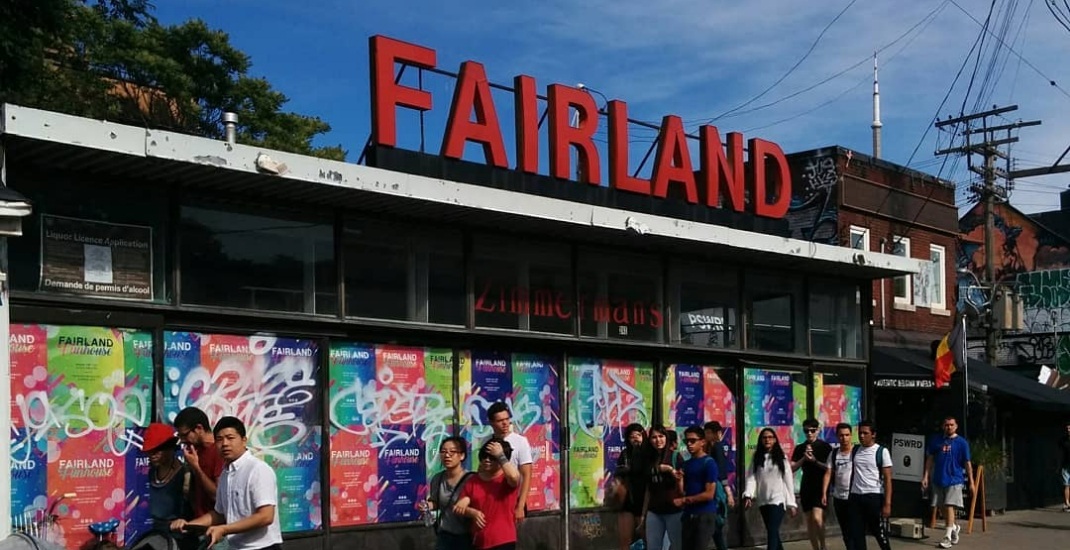 A magical world of art, music, and discovery is about to debut in Toronto’s Kensington Market! Fairland Funhouse is taking over the namesake 1950s grocery store and letting local artists loose to transform it into an experiential art maze.

Billed as a “two-storey multi-sensory adventure themed as an interdimensional hotel,” the art maze presented by creative collective Mondo Forma in partnership with Universal Music Canada opens to the public in August.

According to a press release, ticketholders will “check-in through an unsuspecting lobby and descend down a wormhole of an alternate universe.” Vistors will able to explore six suites in the underground art maze, each designed by teams of visual creators partnered with imaginative musicians.

Meanwhile, in the main space “disguised as an underwater ballroom,” Fairland Funhouse will host a schedule of art events and parties accommodating over 200 guests and featuring “Toronto’s delicious new pastime – Liquor Donuts.”

Look forward to creative collabs from notable artists including Bad Child partnered with Paul Jackson; The Beaches with Broadbent Sisters; Jazz Cartier with Casey Watson; Lights with Christina Mazzulla and Shanna Van Maurik; New City with Getso; and SonReal with Jeff Blackburn. Plus, works from Ness Lee and Ben Johnston!

“Fairland Funhouse embodies everything that makes Kensington great: diversity, creativity and a melting pot of old with new,” said Jonah Brotman, co-founder of Mondo Forma. “The art maze is a choose-your-own-adventure playground, each room an entirely new and magical world dreamed up by a different team of collaborating local artists. It’s art you can be in!”