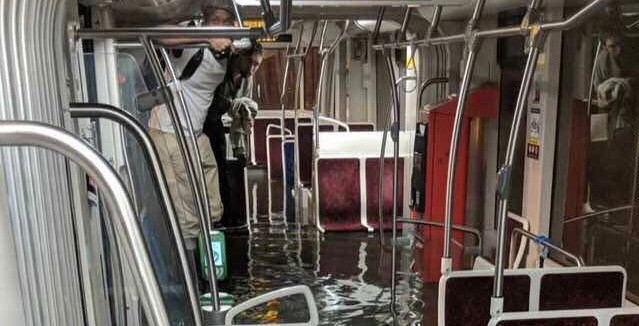 Service on Line 1 of the TTC has been suspended this morning between Finch West and Wilson Stations due to flooding according to a TTC service alert.

Shuttle buses are running between the two stations as the city recovers from the heavy downpour overnight. Unfortunately, the rain and thunderstorms are expected to continue today.

Line 1: No service between Finch West and Wilson Stations due to flooding. Shuttle buses are running.

Elsewhere on the TTC, commuters are reporting puddles in the stations while some aboveground routes are also making detours due to flooding.

Surface routes have also been affected by the torrential weather. Routes 35/195 are detouring via William Cragg Drive, Tumpane Street and Heathrow Drive due to flooding.

Union Station has puddles but otherwise good this morning. Rain continues though. Please be careful & take your time pic.twitter.com/wJoJGuaS6H