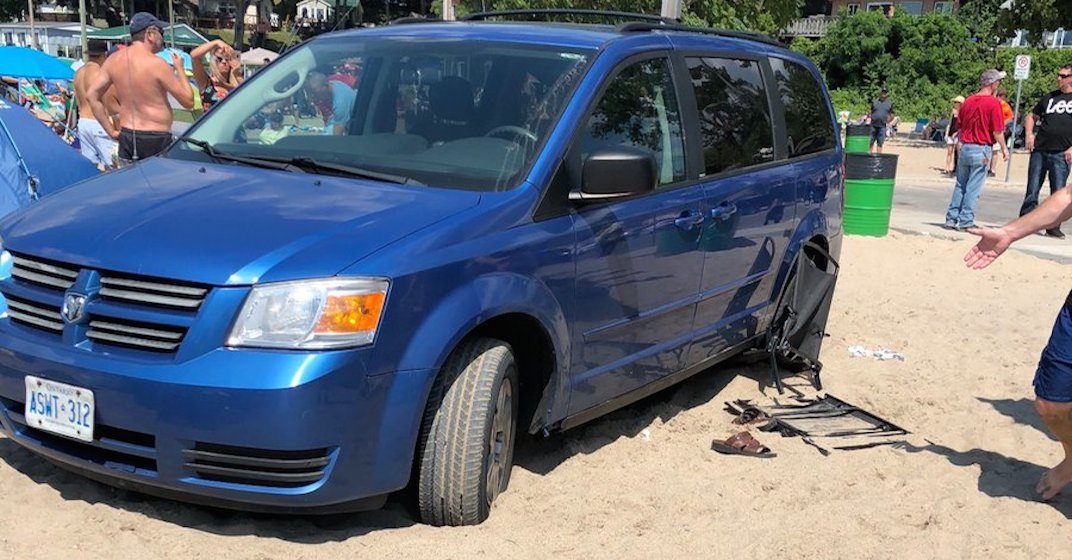 A 43-year-old man has been arrested after driving on a crowded beach and nearly hitting a group of people in Port Dover while “extremely intoxicated” over the weekend.

Ontario Provincial Police say they received a call around 11:30 am on Saturday about a van dangerously driving on the beach.

A video posted on Facebook shows the van reversing on the sand onto a surrounding street where it appears to jump a curb before driving back onto the beach toward groups of people.

Police say there were no injuries associated with the incident and that bystanders were able to remove the driver and restrain him until officers arrived.

Photos shared on social media show the van parked in the middle of the beach steps away from where a family was sitting. The photos also show what appears to be a lawn chair stuck to one of the van’s back wheels.

“I can tell you that the male is extremely intoxicated,” OPP Const. Ed Sanchuk said in a video posted on Twitter. “I just also wanted to say thank you to the Good Samaritans that assisted by removing that male from the vehicle.”

Following the incident, Yourem Mako of Stoney Creek, ON, was charged with impaired driving, driving over the legal limit, dangerous driving and failing to comply with probation.

Port Dover beach is located just over 2 hours from Toronto, on the north shore of North Eastern shores of Lake Erie.