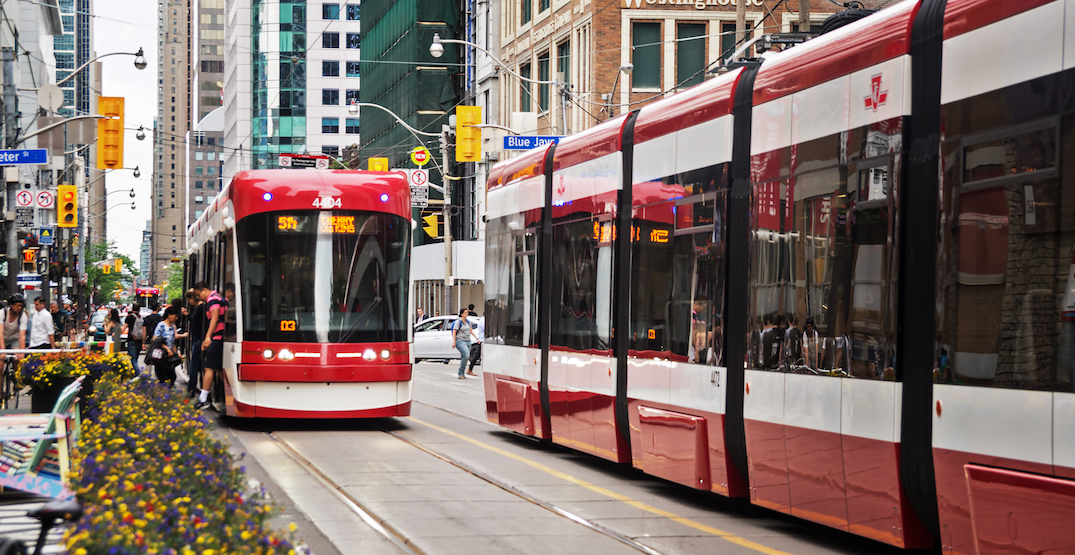 The streets of Toronto will soon have $568 million worth of brand new TTC streetcars driving around on them.

On Wednesday, the federal, provincial, and municipal governments announced a joint investment into the city’s public transit and will produce a new fleet of 60 made-in-Ontario streetcars. The cars will be produced in Thunder Bay and vehicle delivery is expected to start in 2023.

“This is good news for Toronto and Thunder Bay,” said Mayor John Tory. “Streetcars are an important and critical part of Toronto’s transit system — the largest transit system in Canada. This is the right thing to do right now.”

The money won’t just go to the production of the streetcars themselves, but also somewhere to store them. The TTC’s Hillcrest storage facility is set to undergo an expansion so that it can accommodate the new vehicles.

Out of the $568 million investment, the Government of Ontario contributed $180 million, which was matched by the federal government. The City of Toronto is investing the remaining $208 million.

“Our government knows the importance of working collaboratively with federal and municipal partners to champion public infrastructure projects – ones that support the health and growth of our local communities,” said Ontario’s Minister of Transportation Caroline Mulroney.

Ontario is investing $180 million towards the purchase of 60 new streetcars for the TTC! 🚃

Not only will this support the @cityoftoronto, but the streetcars will be produced in Thunder Bay and support local jobs in the North – a win-win.

According to the province, the new streetcars will address immediate TTC fleet needs and allow 50 buses that are currently supplementing streetcar service to return to local bus routes.

“The streetcar network has kept the City of Toronto moving, day in and day out, through the darkest days of the pandemic and will continue to support our economic recovery in the weeks and months to come,” said Toronto City Councillor and TTC Chair Jaye Robinson.