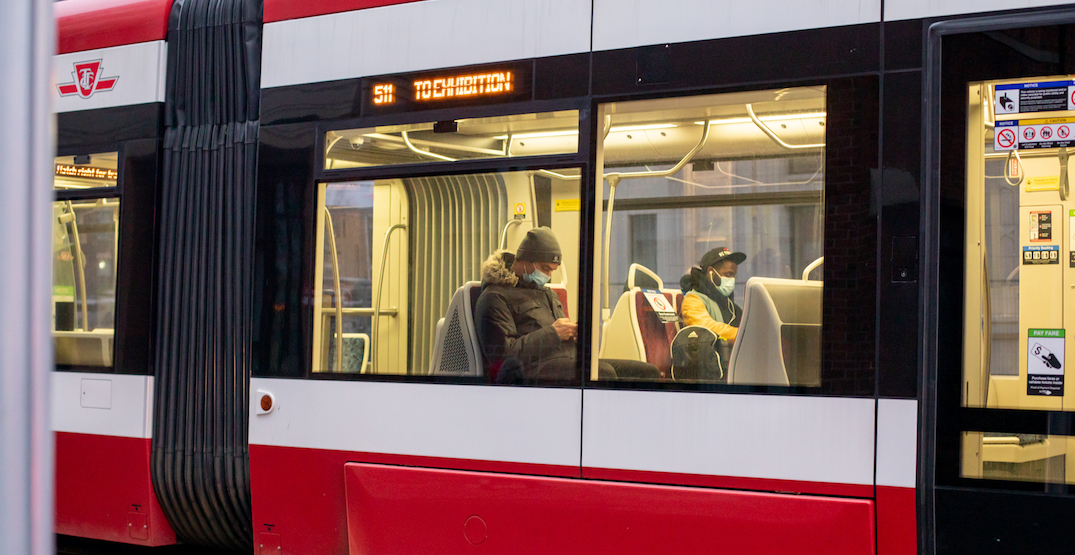 After TTC ridership plummeted during the pandemic, due in large part to work-from-home policies, a new TTC report warns that ridership levels may not return to what they were pre-COVID as many employers are making working remotely a permanent option.

According to the report, current ridership levels have fallen to 27% of what they were pre-pandemic. Out of all the transportation methods, buses have maintained the most users, with ridership sitting at 36% of pre-pandemic levels. The streetcars and subways are at 23% and 19%, respectively.

The biggest driver behind these drops, the TTC says, is that office workers who would typically commute on public transit are now working from home. The TTC estimates that this can account for 26% of the overall ridership loss.

Although the TTC does expect to see an uptick in subway demand once workers are allowed to return to the office, hopes that ridership will return to pre-COVID levels once the pandemic ends do not appear to be high.

“There is an expectation that there will be a ‘return to office’ once it is deemed safe to do so,” the report reads. “However, based on insights gathered from Statistics Canada’s Canadian Survey of Business Conditions, it is expected that many employers will offer increased flexibility with respect to working from home, which will have some long-term effect on transit demand.”

Another 12% of the ridership loss is attributed to would-be TTC riders opting for other transit options such as driving, walking, or biking due to safety concerns surrounding taking public transit during the pandemic.

As to be expected, these staggering losses in ridership levels have resulted in mass revenue losses. According to the report, passenger revenue is currently at 25% of pre-pandemic levels.

Although ridership is expected to pick up throughout the year, the TTC anticipates that by the end of the year, it will only hit 49% of pre-pandemic levels. As a result, there is expected to be a $126 million budget shortfall by the year’s end.

These numbers come even though the TTC has received roughly $1.3 billion in emergency funding from the provincial and federal governments since April of last year.

The entirety of the report will be discussed at the TTC Board’s next meeting, scheduled for Wednesday, May 12.