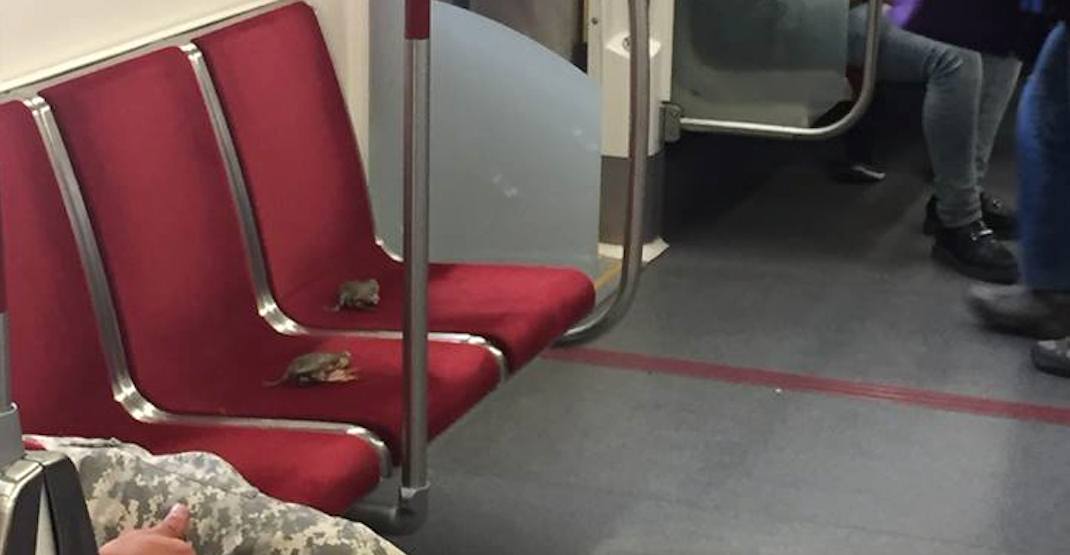 From accordion players playing ‘Despacito’ to raccoons causing early morning delays, you would think we’ve seen it all aboard the TTC.

Until now that is.

Earlier this week, aboard a Line 1 train, riders were perplexed when they discovered a man sitting on the subway with live crabs sitting beside him in the surrounding seats.

Definitely not what you would expect to deal with after a long day at work.

Luckily, a commuter retold the bizarre situation on Facebook and it doesn’t disappoint.

According to the post, a girl walked towards the man thinking there was a seat, but when she saw the crabs she let out a shocked scream and walked away.

She quickly returned and became a real hero. Here’s what she said:

“What is this shit?!? What is this?!? Crabs on the seats? So no one can sit down?!? All these people standing here tired after working all day? What’s that? Oh you paid for their seats? You paid 2 dollars extra so they can have seats?!?”

Then the girl “smacked” each crab off its seat, one landed on someone’s lap and one onto someone’s feet, before she stormed off.

“Everyone was just standing around, holding their breaths, waiting to see how this guy was going to react,” reads the post.

The man was quick to accuse the woman of “crab assault” before he picked the crabs up and put them back on their seats.

Daily Hive reached out to the TTC for comment and spokesperson Brad Ross said transit officials aware of the situation, based on social media reports.

“Crabs are not permitted on seats, even if they’re accompanied by hot drawn butter and a bib,” said Ross.

“And unless a crab is a service crab or emotional support crab, and we’re doubtful that is the case here, they must be contained in a bucket at all times. It’s shellfish behaviour to do otherwise.”

Joking matters aside, Ross said customers who have a concern with the behaviour of others are encouraged to use the SafeTTC app, or speak directly with a uniformed TTC employee.

“If safety and security is a risk, please use the emergency alarm.”

Just some live crabs riding the TTC because Toronto. pic.twitter.com/9QjUvBPgYC