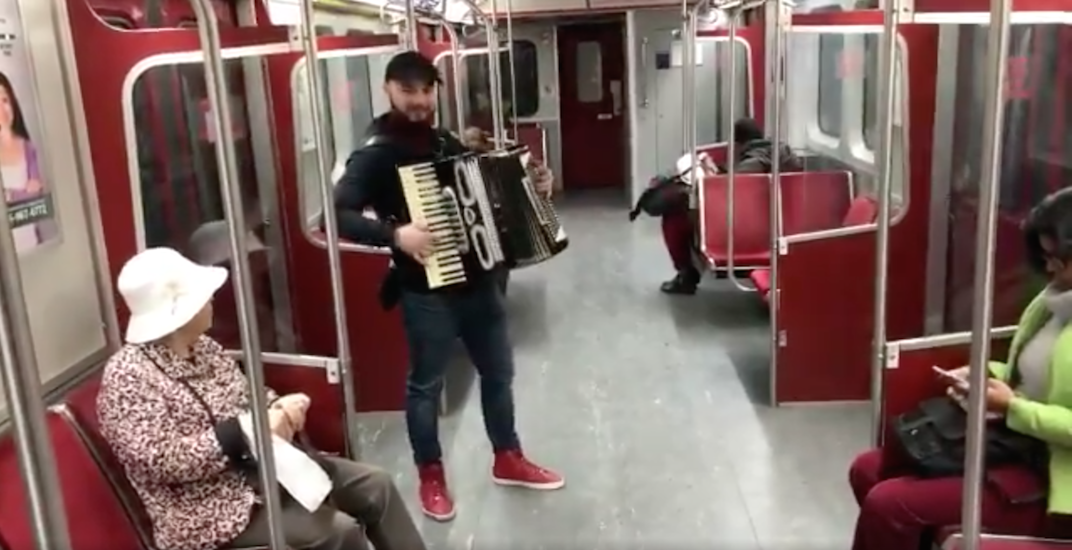 You might want to think twice about playing loud music on board the TTC because you could face a hefty fine of $235.

Despite receiving multiple warnings form transit enforcement officers, one of the accordion players returned to the TTC Monday afternoon, only to be silenced by TTC officers.

According to TTC spokesperson Stuart Green, transit enforcement officers were on patrol on a Line 1 train moving southbound through St. Andrew Station on Monday around 11:30 am when they heard the accordion music playing in the distance.

When the trained arrived at Union Station, Green says the accordion player was escorted off the train by officers.

The accordion player had already received two warnings before, and as the old saying goes “three strikes and you’re out.”

Instead of issuing him a ticket on the spot, transit officers took a different route and the young man was issued a summons and must now appear before a justice of the peace who has the power to set the penalty should the man be found guilty of breaking TTC bylaws.

According to Green, the fine could reach $235.