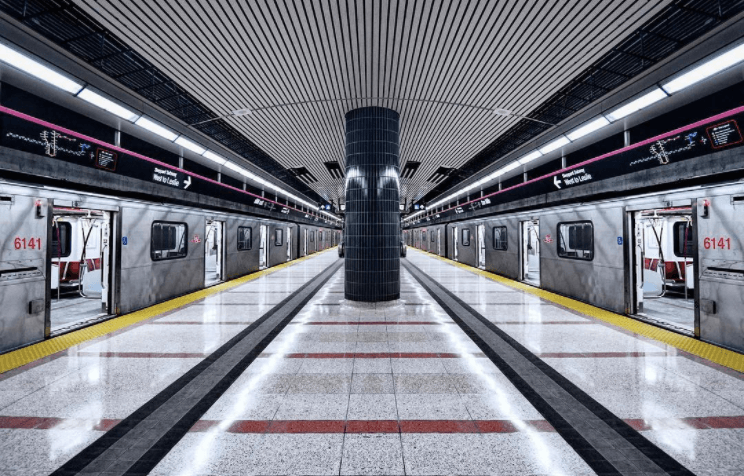 The TTC is planning for 35 scheduled subway closures this year.

A board meeting scheduled for January 18 will outline the plans for the closures throughout 2017, the majority of which will be on the St. George to Downsview line.

Scheduled closures are planned for service improvement initiatives annually. In 2016, there were 38 closures, which resulted in major rail replacement projects, instillation of new cables, replacement of skylights, painted station ceilings, and the installation of Presto equipment.

This year, St. George will see a total of 11 full weekend closures, which begins on January 21. 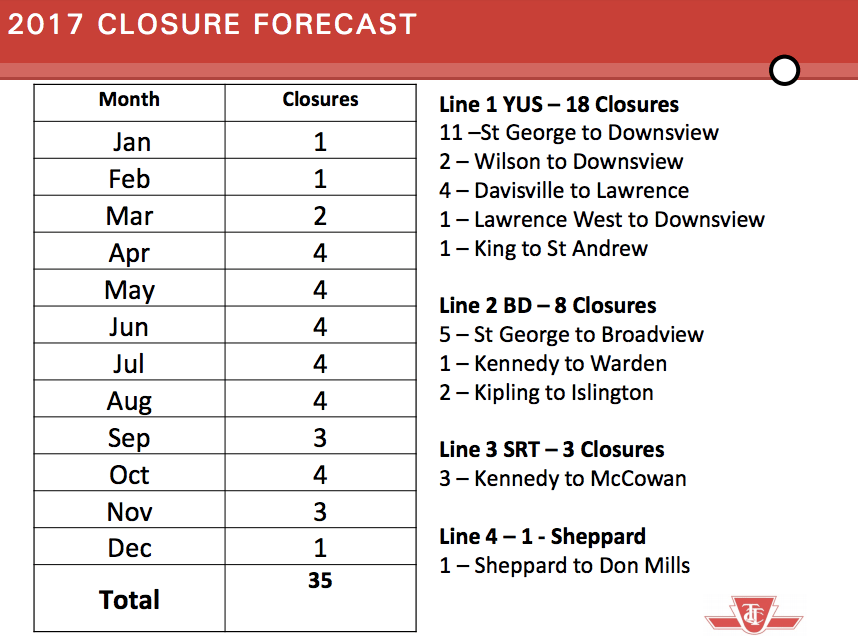 Different work is planned for the different lines, and will include track maintenance, as well as the installation of the new Automatic Train Control (ATC) signal system.

According to the report being presented to the board, the TTC will continue their shuttle services during closures, along with employing Toronto Police PDOs where possible, and restricting on-street parking on shuttle routes.

The TTC states that it plans to improve shuttle services by modifying signal timing and adding functionality, such as adding turn signals where needed (as an example: NB Yonge to WB Lawrence left turn signal.)

Most of this year’s work will affect the Yonge-University-Spadina line (Line 1), and the Bloor-Danforth line (Line 2). The Scarborough RT (Line 3) will be closed four times, and the Sheppard line (Line 4) will be shut once.