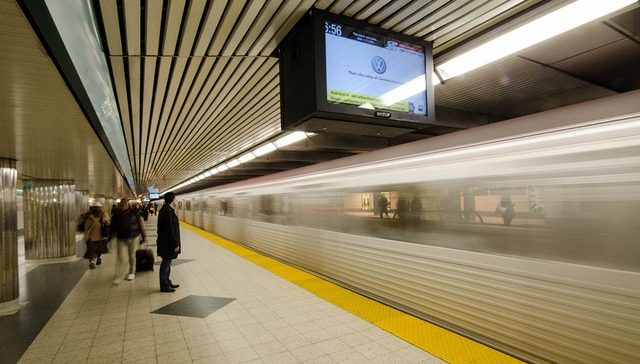 If you’re heading out on the subway today, and really want to get that Instagram post up, it won’t have to wait anymore.

That’s right. There is now more WiFi on the TTC than ever before.

TCONNECT, which provides free WiFi on the TTC, was previously available at a handful of subway stations only. The ad-supported service is now available at 46 stations, making our dreams of being (semi) connected underground a reality.

BIG news! #TCONNECT is now available at Rosedale & Greenwood stations! Connect to free #WiFi at 46 stations throughout the #TTC! pic.twitter.com/mhjtviC6Ab

The latest stations to receive WiFi included Rosedale and Greenwood, which were connected to the system last week. And while you do lose connection between stations, you’re automatically connected when back in a WiFi zone. So you’re not able to stream music continuously, but you’ll be able to get online for that Instagram post or that tweet to the TTC about train delays.

In case you’re still unsure where you can connect, here’s the latest update.

On the Yonge-University Line:

On the Bloor-Danforth Line: