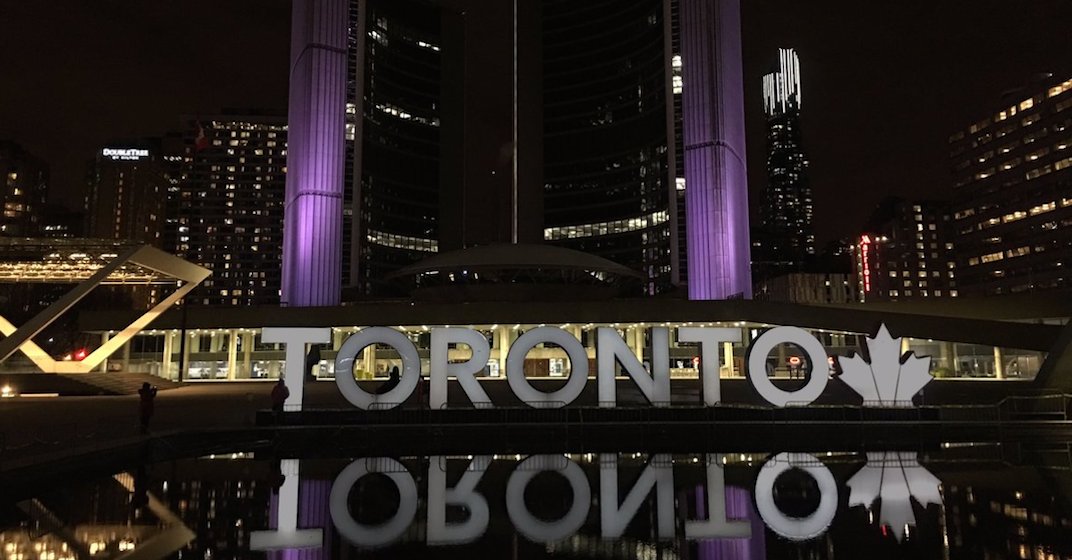 From coast to coast, Canadians are paying tribute on Tuesday, November 20 to the many transgendered Canadians who have lost their lives to violence as part of Trans Remembrance Day.

Here in Toronto, the city is honouring the memory of those who have lost their lives as a result of transphobia while also celebrating the strength and resiliency of the trans community by dimming the lights of the Toronto Sign Tuesday evening.

Additionally, Mayor John Tory has declared November 20, 2018, as “Trans Day of Remembrance” in the City of Toronto.

Today is Trans Day of Remembrance in the City of Toronto. It is a day to raise awareness of the issues that trans people face such as discrimination and violence, simply for being transgender. pic.twitter.com/V9Fpw9RTI8

“The City of Toronto is at the forefront of efforts to eliminate transphobia, homophobia, violence, and hate crimes, while empowering individuals and communities to stand up against hatred, intolerance,  and discrimination,” said Tory in a statement.

Lisa MacLeod, Minister of Children, Community and Social Services, issued her own statement and said, “today is about solidarity, reflection and sadness for those who have been lost and those who are victimized.”

MacLeod, says she encourages those in the Trans community to live their lives “to the fullest” and to “be proud Ontarians.”

“Know that our government will respect and work hard for your community and for all of the people of this province.”

Policy Resolution R4, which was introduced by Tanya Granic Allen, states that the “gender identity theory” should be removed from schools and curriculums.

The move sparked debate as the opposition criticized the PCs actions.

Former Premier and Ontario Liberal Education Critic Kathleen Wynne called the resolution a direct endorsement of discrimination and said that students deserve the right to go to schools in “safe and inclusive” environments.

“It is dangerous, reckless, and irresponsible for a party to endorse discrimination and tell people that how they identify themselves is not real,” she said.

However, just two days following its initial proposal, Premier Doug Ford says he is killing the debate on gender identity and it will not be moving forward.

While speaking to reporters on Monday, Ford said the proposal was non-binding.

“It came from the floor, I’m not moving forward with that, so it’s done,” Ford said.