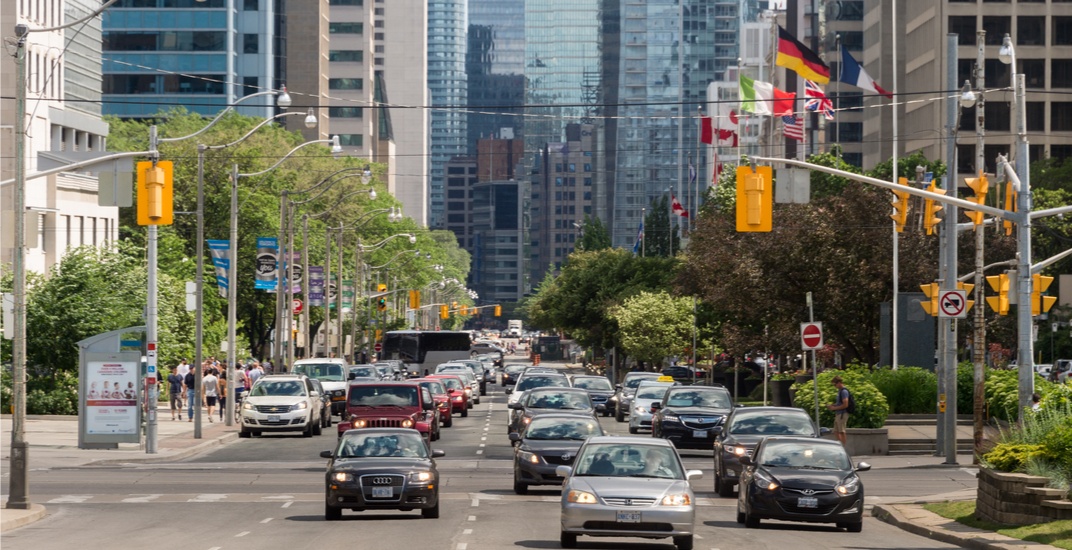 Following his announcements on new steps to fight Toronto’s heavy traffic, Mayor John Tory has revealed his plans to have full-time traffic wardens in the city.

The wardens would be at major intersections in Toronto to reduce gridlock, and the Mayor hopes they would be in place as soon as next year.

“One of the traffic-fighting measures we are ready to move ahead with is the deployment of full-time traffic wardens at congestion hot spots in the city,” said Tory in a letter to the Toronto Police Services Board. “This would build on the success of a pilot program that saw a reduction in gridlock at intersections where paid duty officers, acting as traffic wardens, were deployed.”

Currently, under the Highway Traffic Act, only authorized police officers are allowed to direct traffic and close highways. Tory wrote to the Board asking them to submit a formal request to the province to allow non-police personnel to direct traffic at intersections in order to allow for wardens and to move this initiative forward.

“I firmly believe that City Hall along with Toronto Police, the TTC, and all other City organizations must do everything possible to get Toronto moving,” wrote Tory. “We owe it to drivers, cyclists, pedestrians, and transit riders to make sure our city moves in the best way possible. One of the traffic-fighting measures we are ready to move ahead with is the deployment of full-time traffic wardens at congestion hot spots in the city.”

This traffic wardens initiative builds on the success of a pilot project conducted in July and October of 2016, which had paid-duty police officers at the city’s most congested hotspots.

Along with Tory’s new steps to fighting gridlock, the Toronto Police Service launched a one week enforcement campaign on Monday, focusing on traffic congestion in the downtown core. Ending on September 22, police say there will be zero tolerance for vehicles found blocking and congesting rush-hour routes. The campaign has issued nearly 1200 tickets in its first three days.