At the annual State of the City address, Mayor John Tory announced his new “Smart Streets Plan” to relieve congestion, and it includes a partnership with Waze.

Waze is the world’s largest real-time community-based traffic and navigation app. According to a press release, Waze will provide the City with alerts about collisions and lane blockages happening across the city that will integrate into their own traffic management systems. 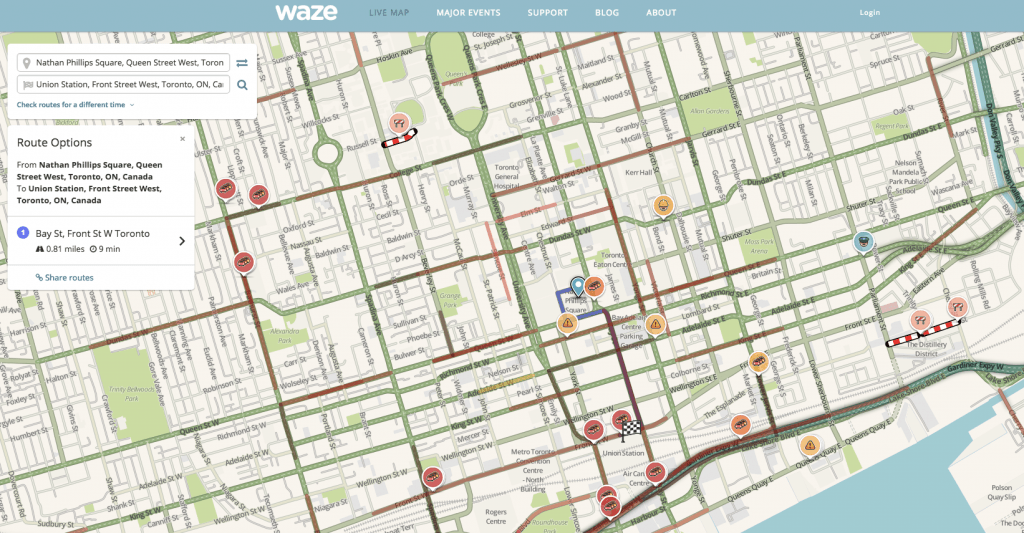 The City will also be able to push updates to the thousands of Waze users in Toronto when planned closures and events are scheduled (see: every weekend this summer), affecting driving routes.

Tackling congestion has been a very significant focus for Tory, who recently announced that the city is working with real-time and historical traffic data to support traffic management and address congestion.

“Am I satisfied with the traffic and congestion we still see? No, I am not,” Tory said at his address. “Is this good for our residents and our economy? No, It is not. We have to do more for our economy, for our residents, for our businesses and productivity and competitiveness.”

In addition to the Waze partnership, the Mayor’s “Smart Streets Plan” also includes other techniques used by modern cities globally to combat congestion. The Mayor said the City is introducing Smart Traffic Signals across Toronto, and in the fall, it will introduce steps to manage curbside space for buses, taxies, and deliveries.

Learn more about the important work the City is doing to #getTOmoving by reading my remarks to @TorontoRBOT here: https://t.co/KAAuj6pNaq pic.twitter.com/r6fO7wsCkS

“I don’t have a magic wand to wave away traffic but I do have a steely determination to do better and to add new technology and transit to get Toronto moving,” said Tory.