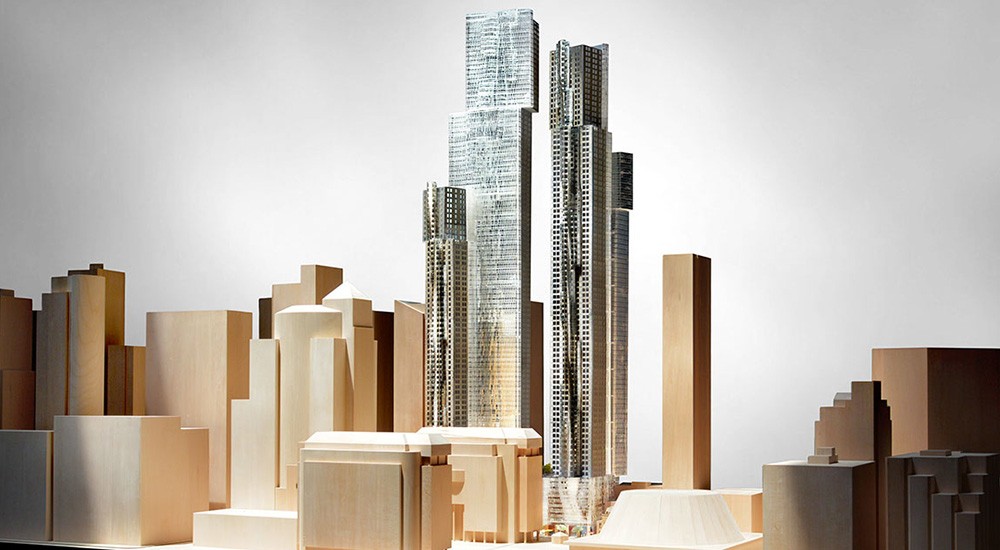 Mirvish+Gehry will transform one of Toronto's most lively neighbourhoods.

When the construction of First Canadian Place was completed in 1976, the King Street skyscraper became the tallest building in Canada and 6th tallest in the world.

It remains the country’s tallest more than 40 years later, standing at a height of 298 metres over 72 floors.

That could change very soon, however, as developers in Toronto vie to construct Canada’s next tallest tower. There are currently three projects in various stages of the development process that would eclipse First Canadian Place and make a big impression on our skyline.

Oh-so-close to being Toronto’s first 100-storey building, the proposed YSL Residences tower would register at almost 50 metres taller than Canada’s current tallest building. If approved, it will boast over a million square feet of residential, retail and office space, including a glitzy podium integrated with some of the buildings currently at the address. Approval of the project will depend partly on whether or not the final rendition will cast a shadow into Allan Gardens almost four blocks away. 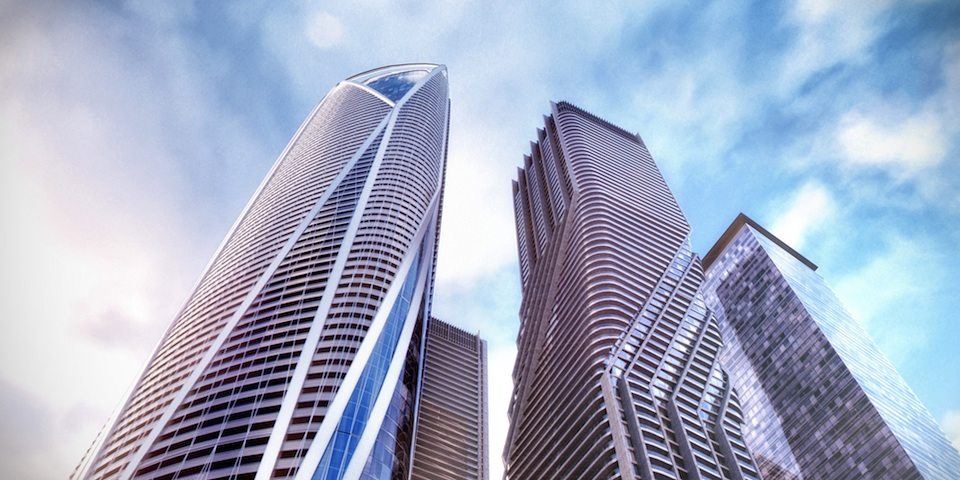 Pinnacle International had major plans to revitalize the underwhelming waterfront area at the foot of Yonge Street when it bought the Toronto Star parking lot five years ago. “The current dreary site will be completely transformed by glass high rise towers, restaurants, retail space, a hotel, a public square and 17 meter promenade,” reads the project’s website.

Currently in pre-construction, sales for residential units in what could be the first next tallest tower in Canada will commence sometime this year. The project actually includes six towers, the tallest of which boasts 95 floors and a height of 320 metres. Construction is expected to be complete in 2019. 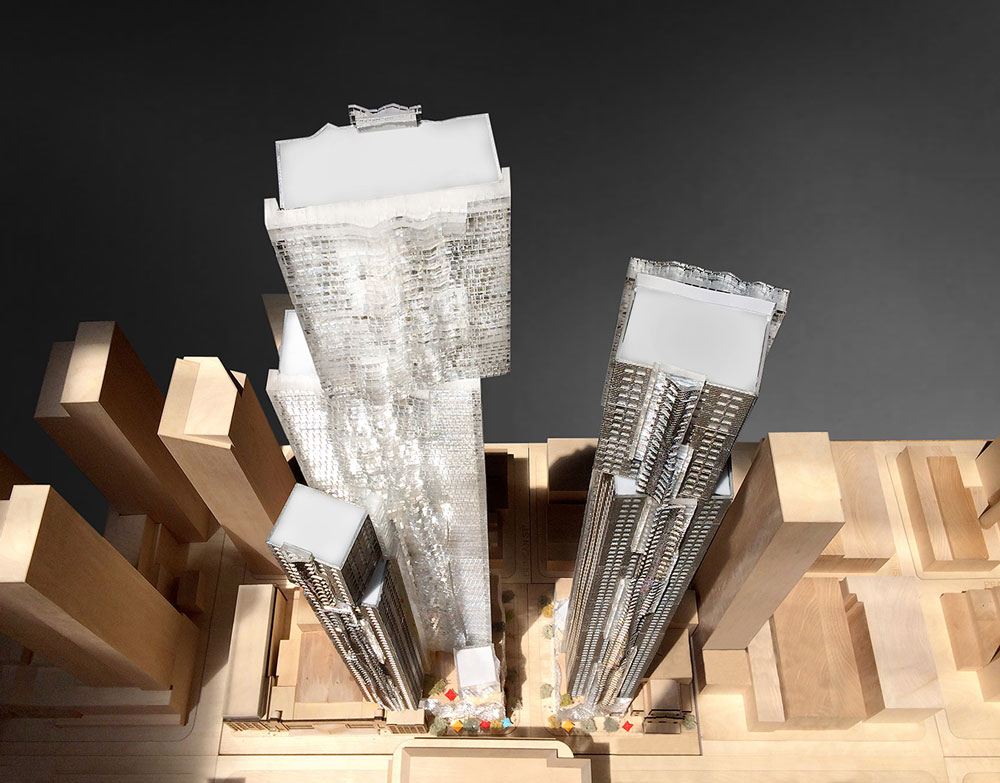 By far the most architecturally impressive development of the three, this joint endeavour by two iconic Canadians promises to inject Toronto’s skyline with a some much-needed flair. The two-tower project is the namesake of famed art dealer David Mirvish and esteemed architect Frank Gehry, with the taller of the two buildings just scratching the 300-metre plateau. After a lengthy revision process, Mirvish+Gehry is now approved and will transform one of the city’s most lively neighbourhoods.