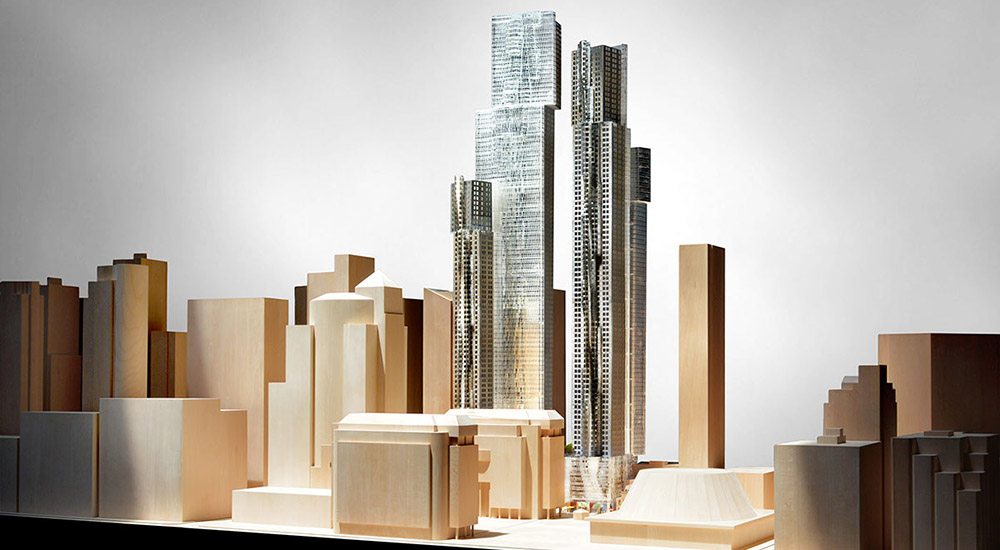 Mirvish+Gehry at the heart of the Entertainment District is one of Toronto's most ambitious projects to date.

We don’t need a Queen Street mural to tell us Toronto’s changed – one look at our skyline should suffice.

Driving in from either the DVP or Gardiner, the cityscape is almost unrecognizable compared to a decade ago. In that span, 14 of Toronto’s 20 tallest buildings have been constructed or will be complete this year – and the boom shows no signs of slowing down.

By far the most ambitious project on this list, famed art dealer David Mirvish and esteemed architect Frank Gehry – both Canadians – are working together to make their most significant impressions to date in Toronto. The aptly named Mirvish+Gehry project will see two skyscrapers of menacing proportion and design post up in one of the city’s busiest areas. Finally an answer to years of uninspired skyscraper design.

This address has been through hell and back over the past decade or so, and this year it’ll finally be crowned with the architectural jewel it deserves. Once complete, One Bloor will be the sixth-tallest building in Toronto, standing at 257 metres. A major bonus for residents will be its proximity to the city’s most opportune transit corridor. 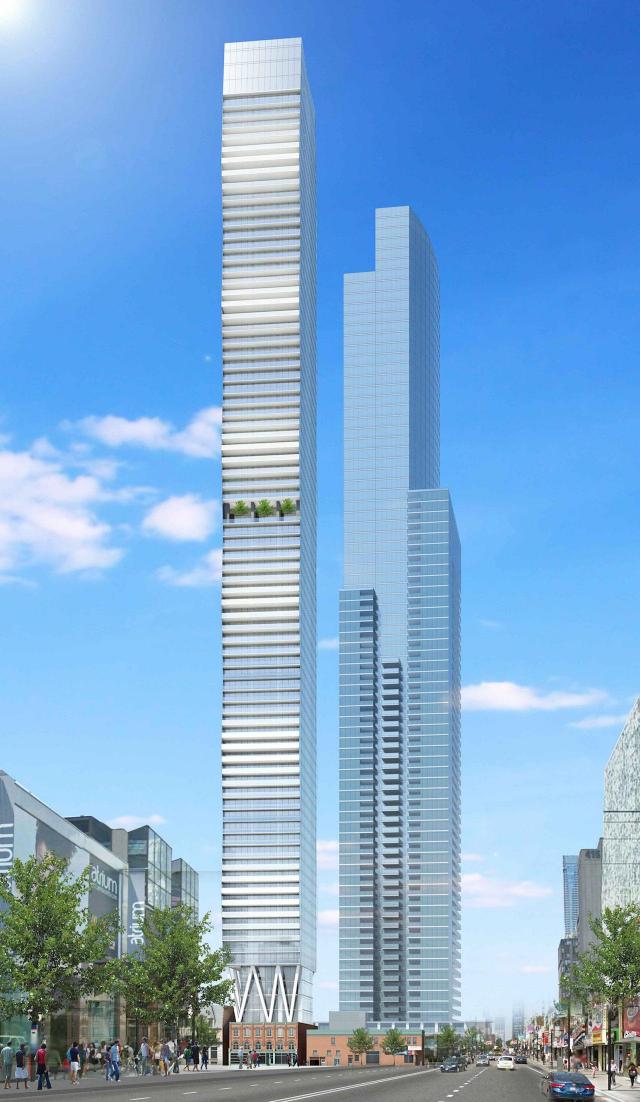 Not much to say here beyond that this is a very mighty rectangular prism. Together with the 78-storey Aura mixed-use skyscraper one block north – which was completed in 2014 and is currently the fourth tallest building in Toronto – the Yonge and Gerrard neighbourhood is getting a major facelift since you were hanging out at The Big Slice. 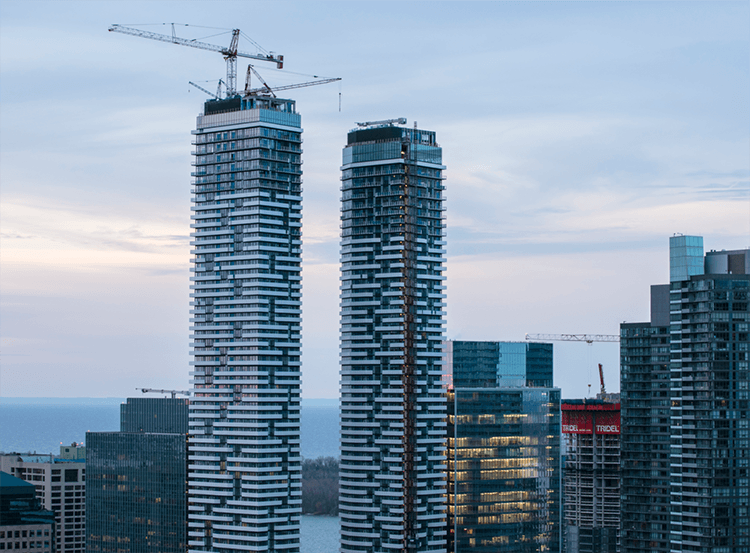 So nice they had to built it twice? Not quite. If you took every high-rise development in Toronto over the last 10 years and melted it, this would be the result. While the promotional material for the project would like you to accept it as an “iconic landmark on the downtown skyline,” honest reflection would more accurately depict it as “roadside debris.” (It’s literally touching the Gardiner). What it lacks in beauty, it contributes in bulk.

This massive redevelopment of the Eaton Chelsea hotel will see two 88-storey towers, as well as anywhere from three to six additional towers in the mid-50-storey range, rooted in prime downtown real estate. Together with Aura and the aforementioned 8 Elm development, sunshine will be hard to come by within several blocks of the Yonge and Gerrard intersection. 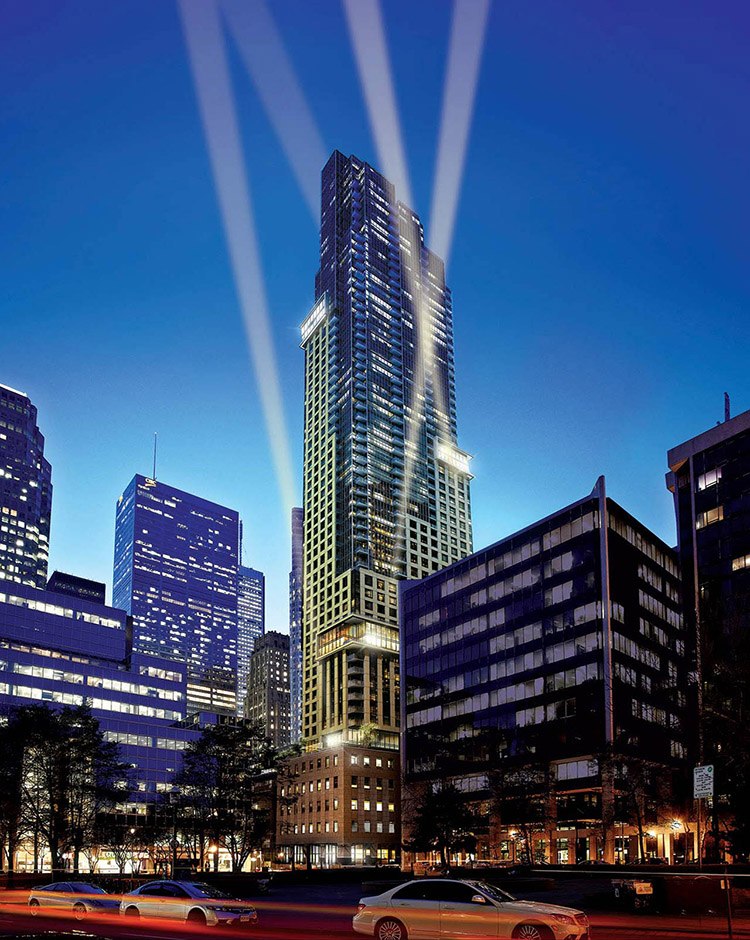 While it claims to “capture the spirit of Toronto,” 88 Scott looks like a mid-2000s Manhattan transplant. Fantastically located in the St. Lawrence neighbourhood, it’s considerably more robust than the wafer-type condos otherwise springing up around the city.