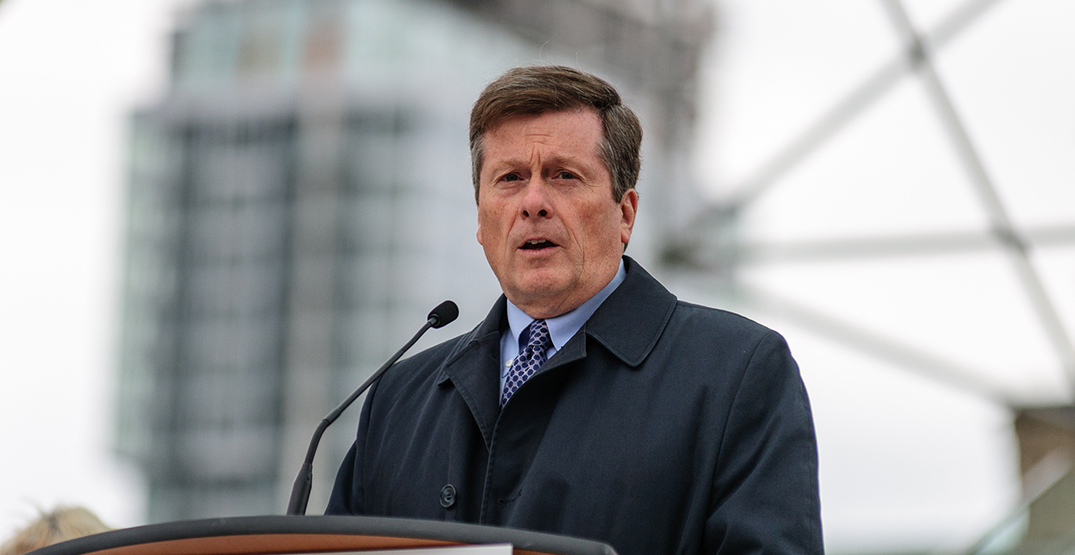 Provincial officials dropped hints this week that a paid sick days program could be coming during scrums with reporters at Queen’s Park. However, the Ministry of Health, Ministry of Labour, and Premier’s Office declined to confirm the claims to Daily Hive.

“How long it took to get here, or how we got here — these are valid debating points,” Tory said at a news conference Wednesday. “But what’s important is the right thing is going to be done now, it would appear.”

Public health experts, including Toronto’s own medical officer of health Dr. Eileen de Villa, have been calling on the province to implement a paid sick leave program for months. Experts hope that in doing so essential and low-income workers will not have to choose between preventing virus spread and keeping up with bill payments.

“I’m hopeful about the prospects of paid sick leave. I do think it’s an important aspect of helping people to do the right thing. To stay home when they’re ill,” de Villa said Wednesday.

Tory believes the sick leave program should last until health officials declare the COVID-19 pandemic over.

“Should it be a permanent feature of the law? That discussion can happen later,” Tory said.

The current federal Canada Recovery Sickness Benefit (CRSB) pays $450 per week after taxes to people who are sick or in isolation due to COVID-19. Individuals need to re-apply for it every week for a maximum of four weeks per year.

The program has been criticized for being too slow at getting money to people and for paying less than individuals would expect from their regular paycheque.

“When workers are sick or worried that they may have COVID-19, they need to know that they have immediate access to paid sick days. That’s why we have advocated for greater flexibility in the federal program to maximize it and get money into the pockets of workers sooner,” Ontario’s Labour Minister Monte McNaughton said in a statement Tuesday.

He added he’s disappointed Ottawa didn’t include more provisions for sick leave in its federal budget tabled this week but stopped short of saying Ontario would fill the existing gaps.

Ford is currently in isolation after being in close contact with a staffer who tested positive for COVID-19.

Tory also announced a new “sprint” strategy Wednesday to reach people in 13 of the city’s hotspot postal codes. The initiative will bring vaccines to communities in Etobicoke, North York, Scarborough, and Thorncliffe Park.

“A vaccine dose in these hotspots will have a bigger impact on stopping the spread of COVID-19 and turning the tide on this pandemic,” Tory said.

He also announced a new initiative where paramedics will partner with firefighters to deliver vaccines to people experiencing homelessness, in shelters, and drop-in centres. That program will start later this week.

“This is good teamwork done at wartime speed that will lead to some of our most vulnerable residents getting vaccinated,” Tory said.

At the same time, the City intends to ramp up capacity at its nine mass immunization clinics. It’s releasing more than 231,000 more appointments between May 10 and June 6 and increasing daily vaccination capacity by 20 to 25% at the nine sites.