January 2019 artistic rendering of The Post redevelopment, the location of a new Amazon office, in downtown Vancouver. (QuadReal Property Group)

In just a matter of one year, Vancouver’s market for tech talent has made huge strides, rising from 25th in 2018 to 12th in 2019 in North America, according to CBRE’s latest Scoring Tech Talent report.

The 13 spot increase was the greatest year-over-year improvement of any North American market, propelled by the city’s 42.6% growth in tech jobs — 11,160 positions from 2013 to 2018, with Amazon accounting for much of this increase and its significant presence attracting other tech companies to the city.

Tech-centric post-secondary schools such as BCIT and UBC influenced the ranking too, with 11,140 tech degrees added from 2012 to 2017.

Elsewhere, Toronto and Montreal came in at third and 13th, respectively, while Ottawa rounded out the Canadian markets at 19th.

“Tech job growth has a multiplier effect in the economy and the influence of tech is re-shaping virtually every sector of real estate,” said CBRE Canada vice-chairman Paul Morassutti in a statement, adding that Vancouver’s recent tech growth puts it amongst the leading markets on the continent.

San Francisco and Seattle ranked first and second, respectively, with Washington DC at fourth and New York City at fifth. 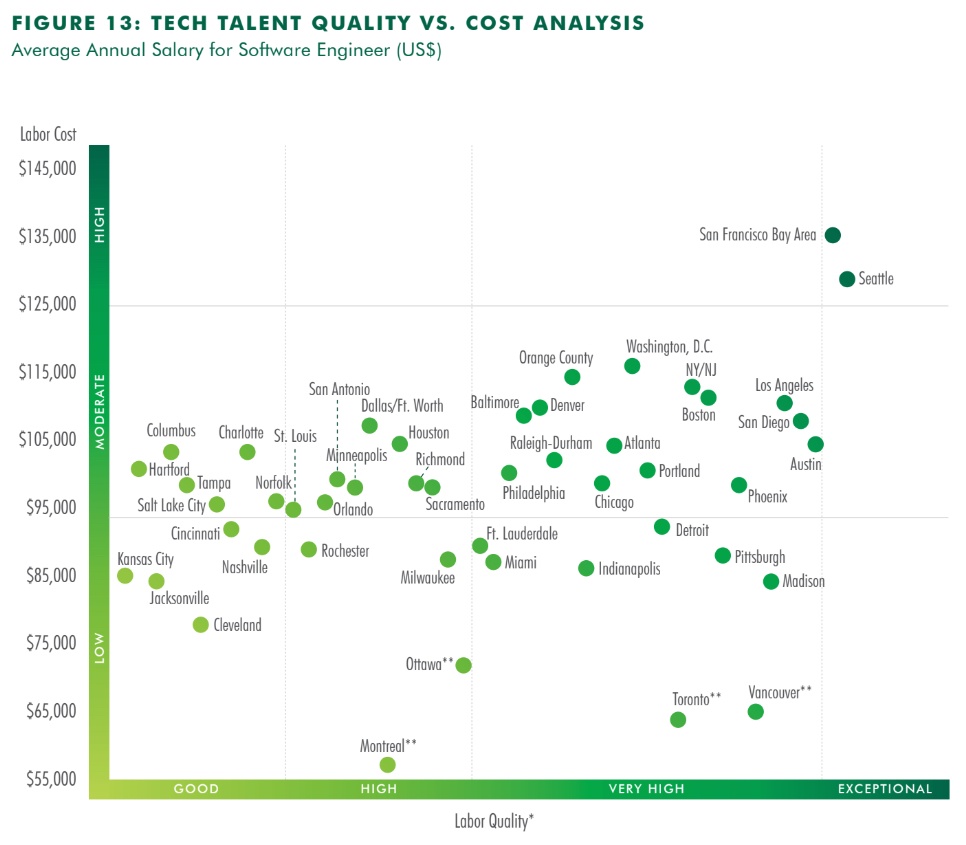 However, soaring high costs and low supply for both rental housing and office space are curbing the tech industry’s growth.

“The second-highest cost for most companies is office rent. Companies continue to pursue the benefits of tech clustering and often place a higher value on specific submarkets and even specific streets where tech talent wants to work. This has led to some competition for office space and caused rental rates in these areas to increase,” reads the report.

“Combining wage and real estate costs provides insight into what a tech company might pay to operate in any of the top-50 tech talent markets.”

The report notes that due in part to the strong US dollar, Toronto, Vancouver, Montreal, and Ottawa provided the best value when it comes to cost and quality. 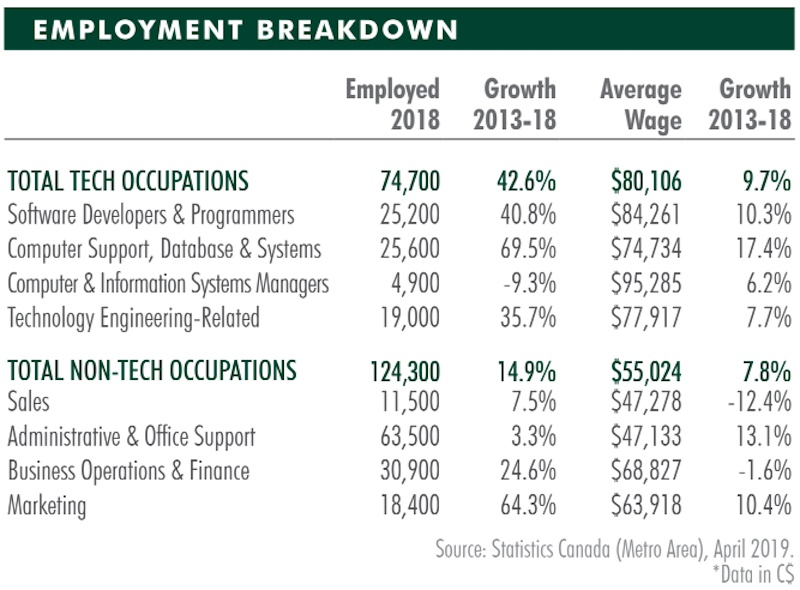