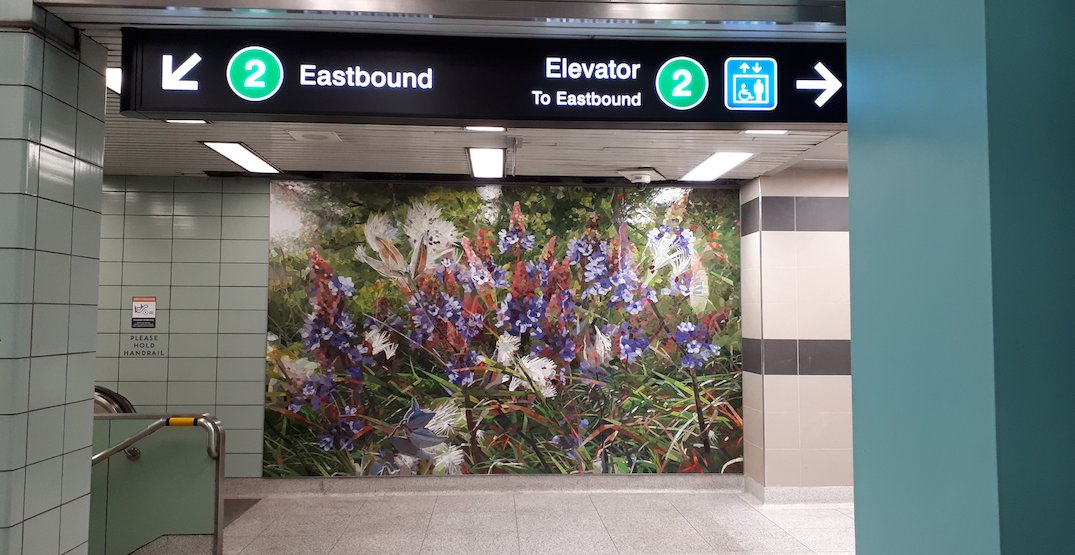 The Chester station, located on the Bloor-Danforth line in Toronto’s Riverdale neighbourhood, is the city’s fifth least used subway station, according to data from 2018. But its small number of riders will now get to enjoy an upgraded look on their commute.

According to the TTC, the Chester station now has a new main entrance, elevators, two new PRESTO-enabled fare gates, and a stunning mural from Markham-based artist Katharine Harvey, installed next to the new elevators.

As part of the station upgrade work, a public art component was integrated into Chester Station. Florae by @kitkatharvey1 is installed next to the new elevators and above the main entrance doors. Snap a photo of the piece and share it using #TTCpics! pic.twitter.com/916eGMIVT3

Construction on the Chester station started back in September 2018 with the goal of making the station fully accessible by the end of 2020.

On September 2, 2020, after the station’s elevators were installed ahead of schedule and opened to the public, Chester became the 48th accessible station on the TTC subway system.

The TTC has even more upgrades up their sleeve for Chester station. The creation of a second entrance is currently underway as part of the TTC’s modernization efforts. It’s intended to “improve customer safety and convenience,” the TTC says.

Because of the ongoing work, the station’s walkway north of the work zone has been closed and is now rerouted through the south end of the TPA lot. This change is expected to last until the end of the year.

According to the TTC, the second entrance is also expected to be finished by the end of the year.