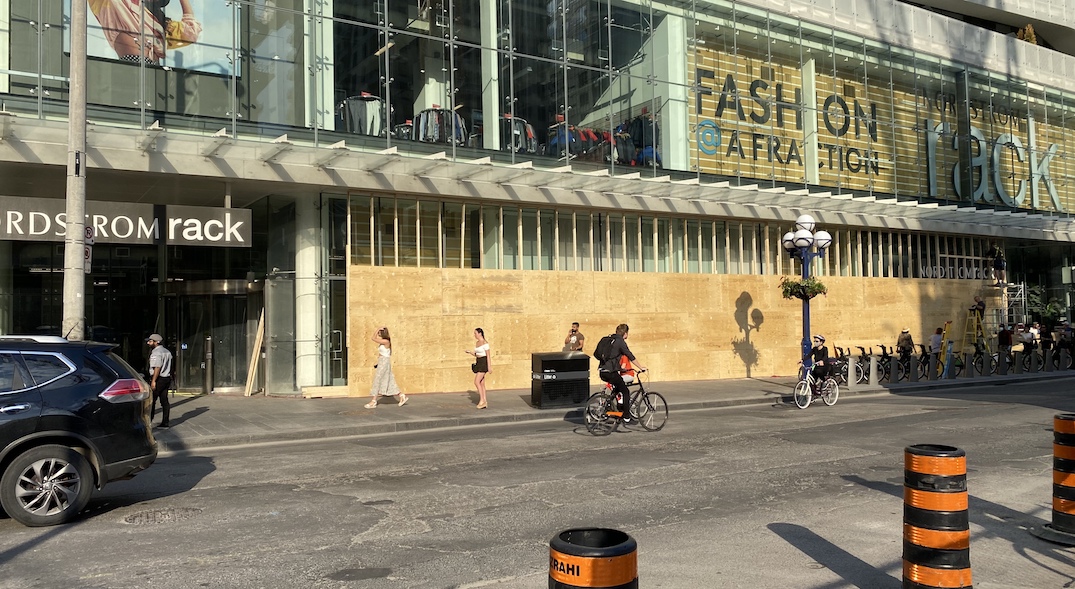 Some downtown Toronto businesses are boarding up their storefronts as a precaution for the planned marches happening over the weekend.

A march is planned by #MarchForChange on Friday, at 12:30 pm, starting from Yonge and Bloor and ending at City Hall.

Organizers of Friday’s march are urging participants to follow strict safety measures, including staying six-feet apart, wearing a mask, and memorizing at least one emergency contact.

However, it’s important to note that the Toronto chapter of Black Lives Matter said they are not involved in today’s march or any other demonstration planned this weekend.

Some storefronts in downtown have boarded up as a precaution, like the Nordstrom storefront at Bloor and Yonge.

And, a CIBC location at Bay and College is also having their windows covered. 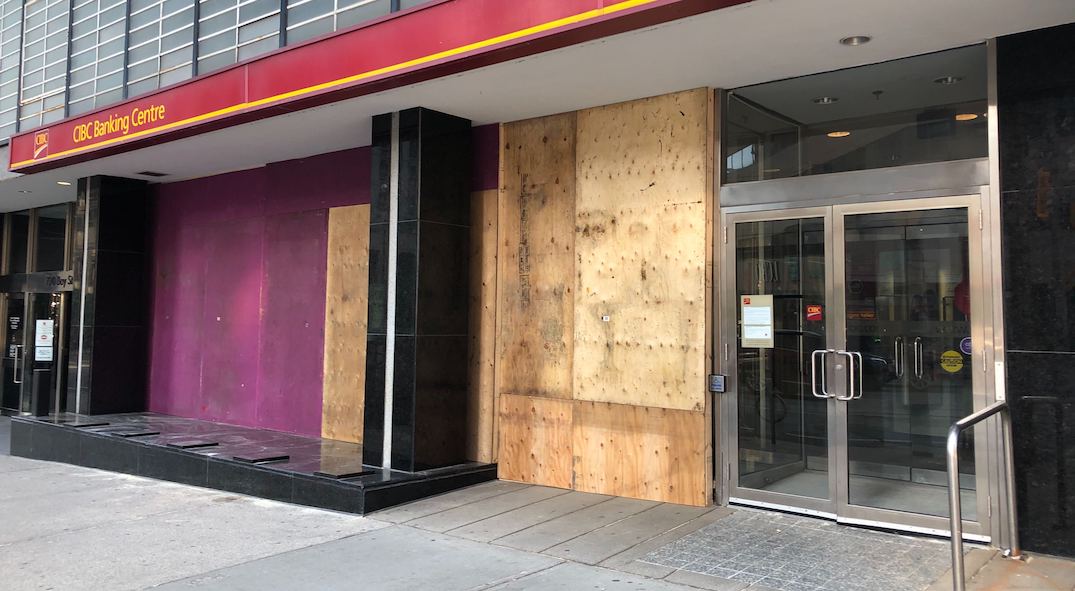 The Eaton Centre will also be closed June 5, and the rest of the weekend, due to the number of “large gatherings planned in the city.”

The mall will resume operations again on Monday.

“Thank you for your understanding, cooperation and please stay safe,” the statement said.

A spokesperson from the Toronto Police Service told Daily Hive, they are aware of “various social media posts “regarding protest activity in the city.”

While the spokesperson said they do not want to comment on operation or deployment, they will “continue to monitor the situation” and will be present to ensure a safe protest for everyone attending.

The Toronto police also noted they did not advise businesses to board up their premises.

However, they report continuing to work with partners to keep them updated on the situation. 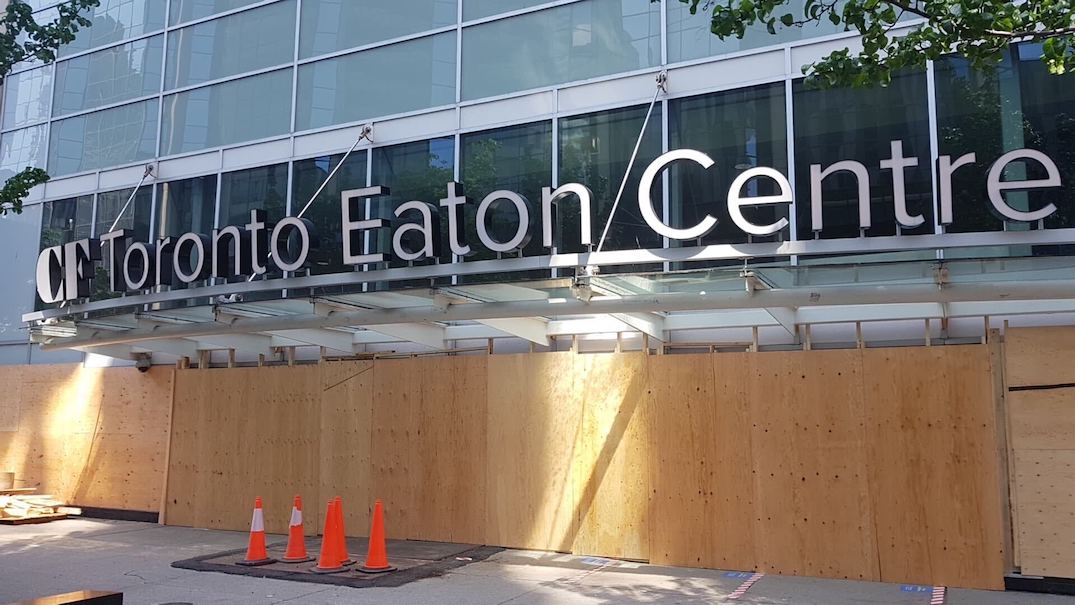 While the hope is for the protests to remain peaceful, the closing of Eaton Centre is seen as a precaution for the march.

“We know of a march starting at 12:30 today from Bloor going down Yonge. The issue is,  and the protestors and organizers have said clearly they want a peaceful quiet protest, there are other organizations infiltrating based on this protest being scheduled that don’t have the same goals and purpose,” Mark Garner, Chief Operating Officer of Downtown Yonge BIA, told Daily Hive.

“So based on that, we have precautions to mitigate potential risk, there’s certain things insurance will and will not cover.”

He said that a source informed the downtown BIA on the potential challenges and risks instigating their need to have precautions.

Garner added that the hope is for a peaceful protest, like what occurred last weekend, but “you plan for worst and hope for the best.”

“There’s a lot of misinformation going around on social media. Like the organizers have said, please don’t come if you won’t be peaceful. That is not what they want,” Garner said.

The demonstrations follow days of protests in the United States, many that turned violent, and a protest that took place last week in Toronto after the death of Regis Korchinski-Paquet, a Toronto woman who reportedly fell to her death while police responded to a call at her apartment.