While it’s officially spring, Toronto won’t be getting much of a break when it comes to the weather next week, as an abrupt dose of snow is expected for Monday.

Following the spring teaser we had this week, The Weather Network is forecasting up to 4 cm of snow for Toronto early next week.

The snow on Monday will come after a warm weekend of 10°C on Sunday, and that’s expected to dip to 1°C for the start of the work week. 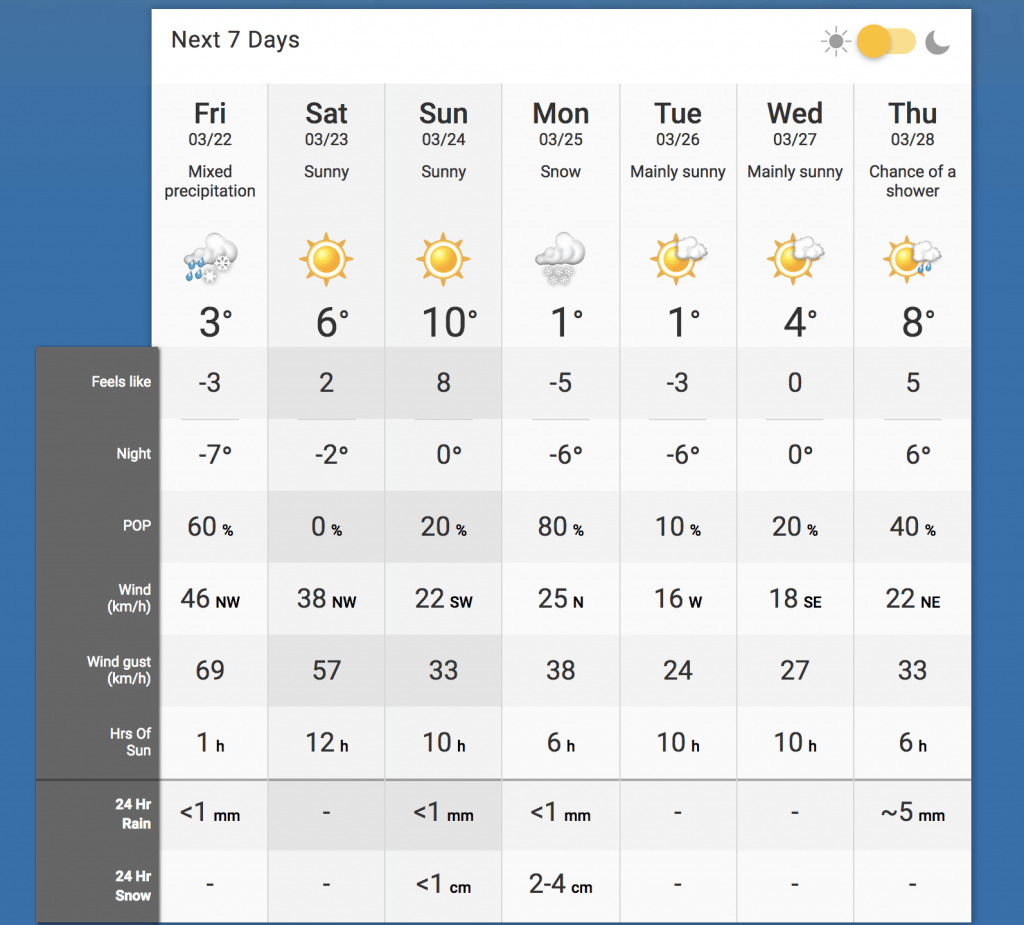 However, the snow will be rather short-lived as it will be followed by periods of sunshine and warmer days by late next week.

It is officially spring, and the Weather Network did say to expect temperature swings, which are typical for the season.

And knowing summer is that much closer, we’ll take the last bursts of snow.