While it may feel like we keep getting roped back into winter with all the advisories and cold weather alerts lately, spring is actually on its way.

With just 23 days of  winter left (but who’s counting?), The Weather Network has released its national spring forecast to give us the low down on what we can expect.

The days will get longer, but will Toronto see a warm or a rainy spring?

“It looks like a furious finish to winter east of the Rockies with some wild winter weather during early March. However, later in March we expect an abrupt flip in the weather pattern,” said Chris Scott, Chief Meteorologist with The Weather Network.

“This will bring an extended period of mild spring weather about a month earlier than last year. However, it is important to remember that spring is a tumultuous season, and this year will be no exception with chilly interruptions to the warmer weather well into May.” 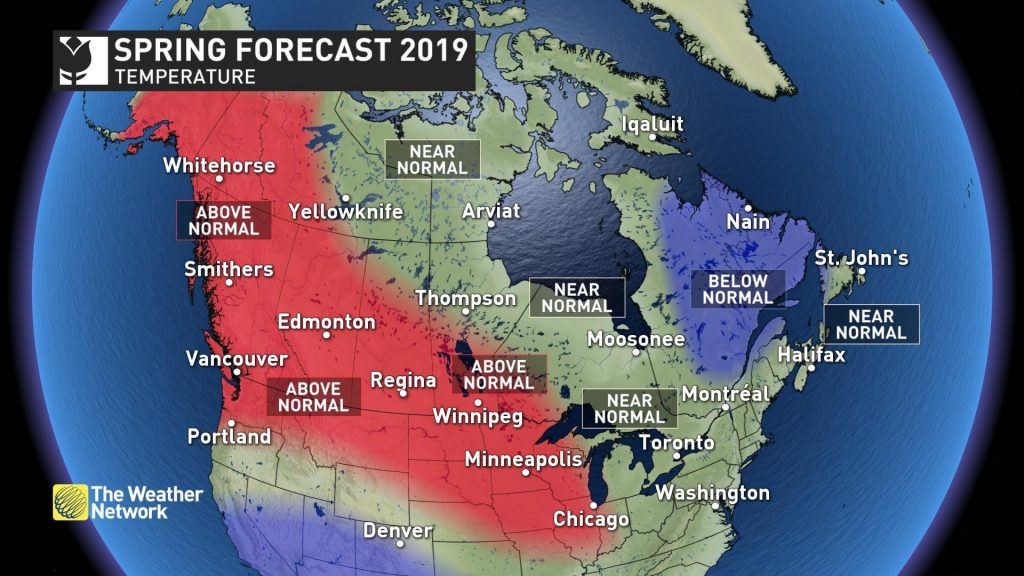 According to the long-term forecast, early March will feel more like January (aka COLD), but a pattern reversal is expected mid-March with an extended period of warmer spring weather.

With the warming weather, there will be a heightened threat for spring flooding, especially across northern Ontario and the Ottawa Valley, where the snow depth is well above normal, states the Weather Network.

The weather agency also said the extended period of warmer spring weather will be a “welcome contrast to last year, which featured one of the coldest Aprils on record. Spring will struggle at times with significant shots of colder weather that will interrupt our mild pattern later in April and into May.”

As for precipitation, nothing out of the ordinary in the province, as Ontario is expecting near normal precipitation this spring.