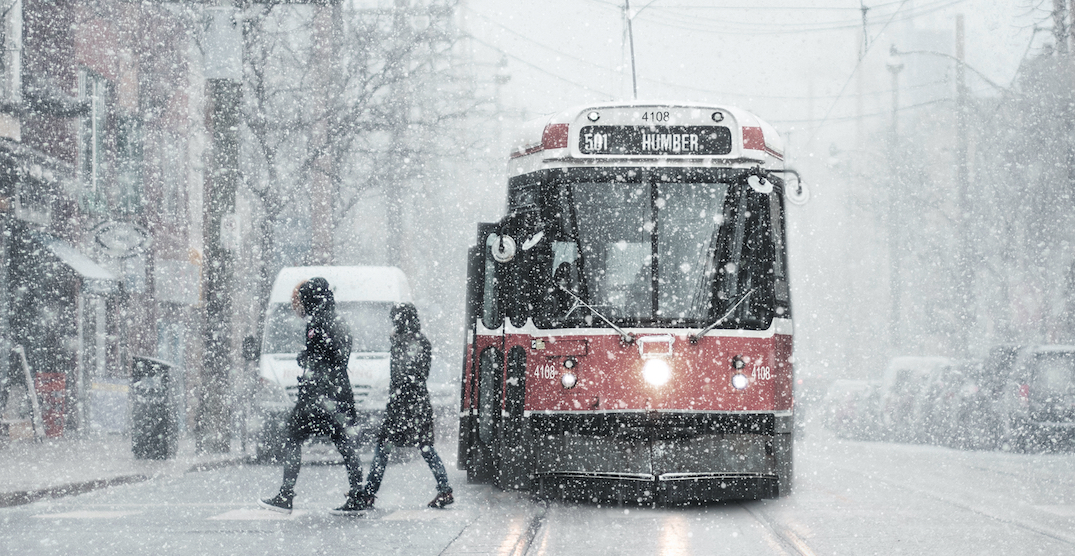 Family Day in Toronto might turn into a snow day.

Environment Canada has issued a Snowfall Warning for the City of Toronto, calling for “two rounds of snow” on Monday and into Tuesday.

The first round is expected on Monday morning and early afternoon, totalling 5 cm of snow.

While the snow is expected to “become light during the afternoon,” the second round is forecasted to be heavier snow on Monday evening and will persist into Tuesday morning. “An additional 15 to 20 cm is likely,” states the alert.

The weather agency says citizens should prepare for “quickly changing and deteriorating travel conditions.” Visibility may be reduced at times of heavy snow and surfaces such as highways, roads, walkways, and parking lots may be “difficult to navigate.”

As if a 25 cm snow-pounding isn’t enough, the week-long weather forecast calls for more snow to cap off the week, calling for an additional 13 cm.

The alert, issued just after 4:30 am on Monday, is in effect for the entire City of Toronto.

Environment Canada urges citizens to continually monitor weather alerts and updates once a weather warning has been issued.