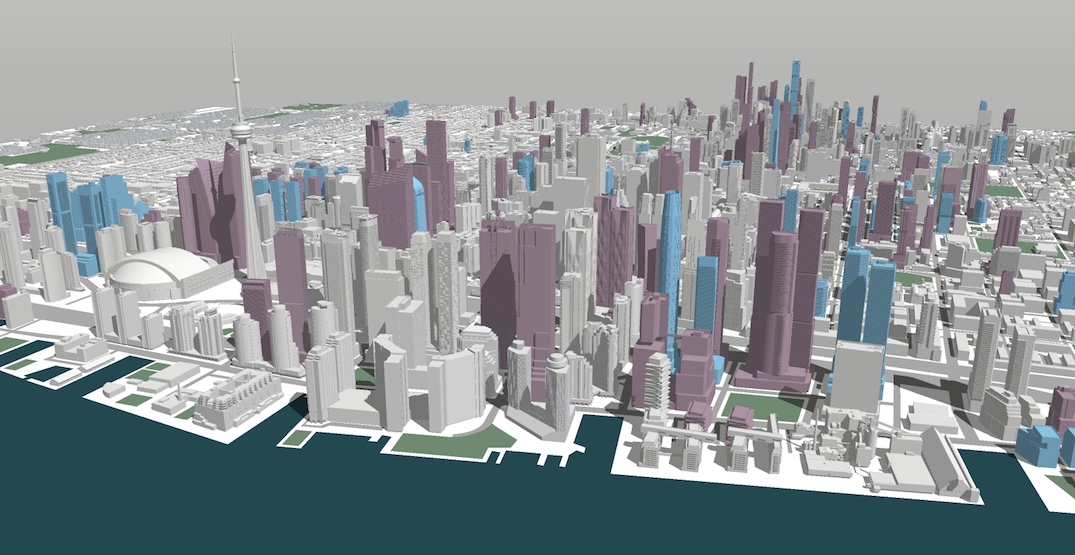 With all of the construction going on in the city, the Toronto skyline is well on its way to having a very different appearance.

And with new development proposals coming in every month, spanning everything from skyscrapers to low-rise buildings, the city’s landscape is bound to keep changing over the next few years. To see just how different it could really be, real estate agency Precondo put together 3D renderings of what the Toronto skyline will likely look like in 2030.

The renderings are based on available development filings, with all approved projects shown in blue and proposals awaiting approval shown in purple.

Out of all the projects included in these new renderings, Precondo Founder Jordan Scrinko says that he thinks two developments, in particular, will have the biggest impact on the skyline. 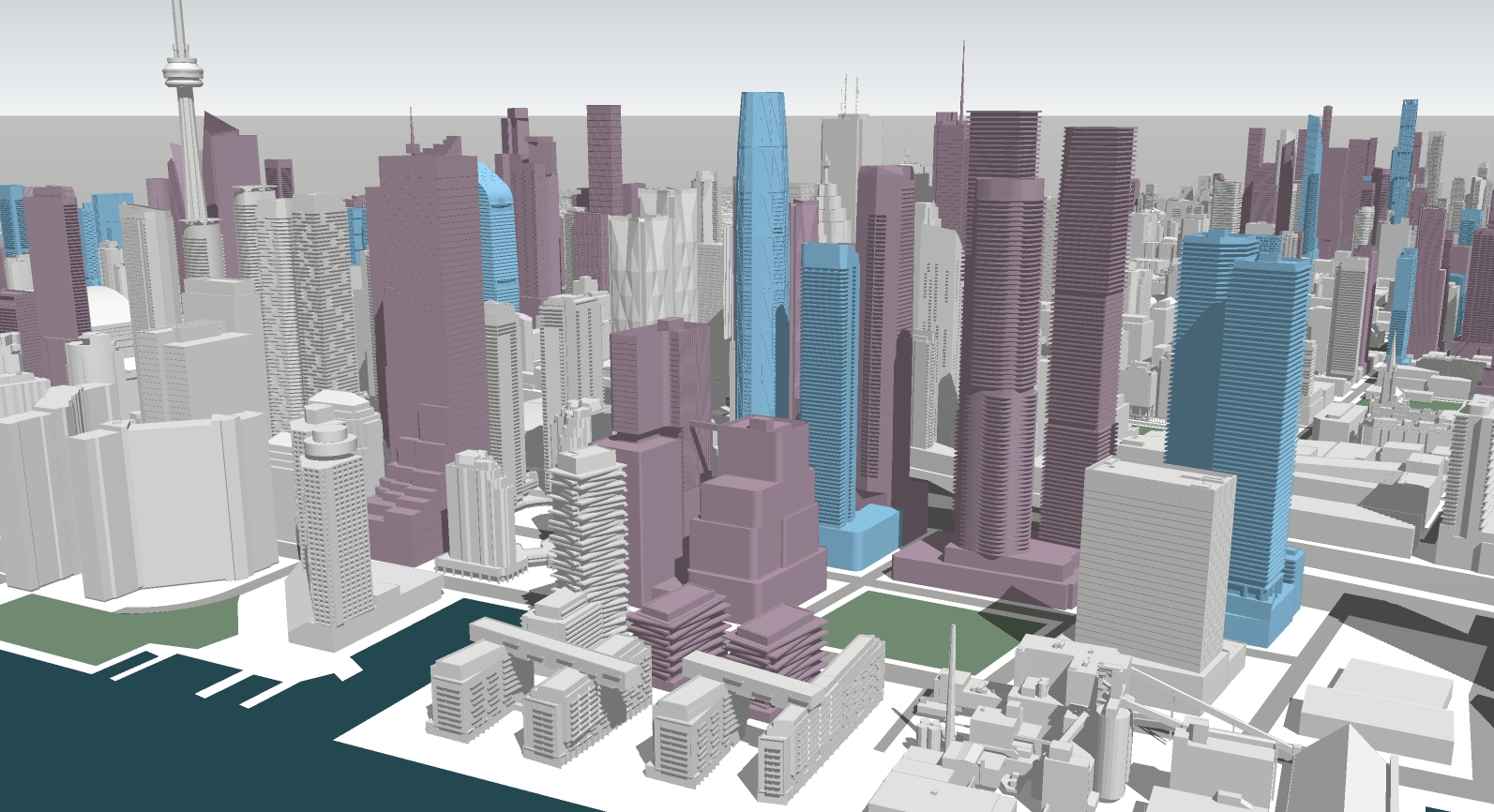 The first is the SkyTower, which is currently the tallest approved and under construction building in Canada. It’s part of the three-tower One Yonge project being developed by Pinnacle.

“Pinnacle’s One Yonge is 95 storeys right at Lake Shore and Yonge, which will stand out as the tallest on the waterfront,” Scrinko said. 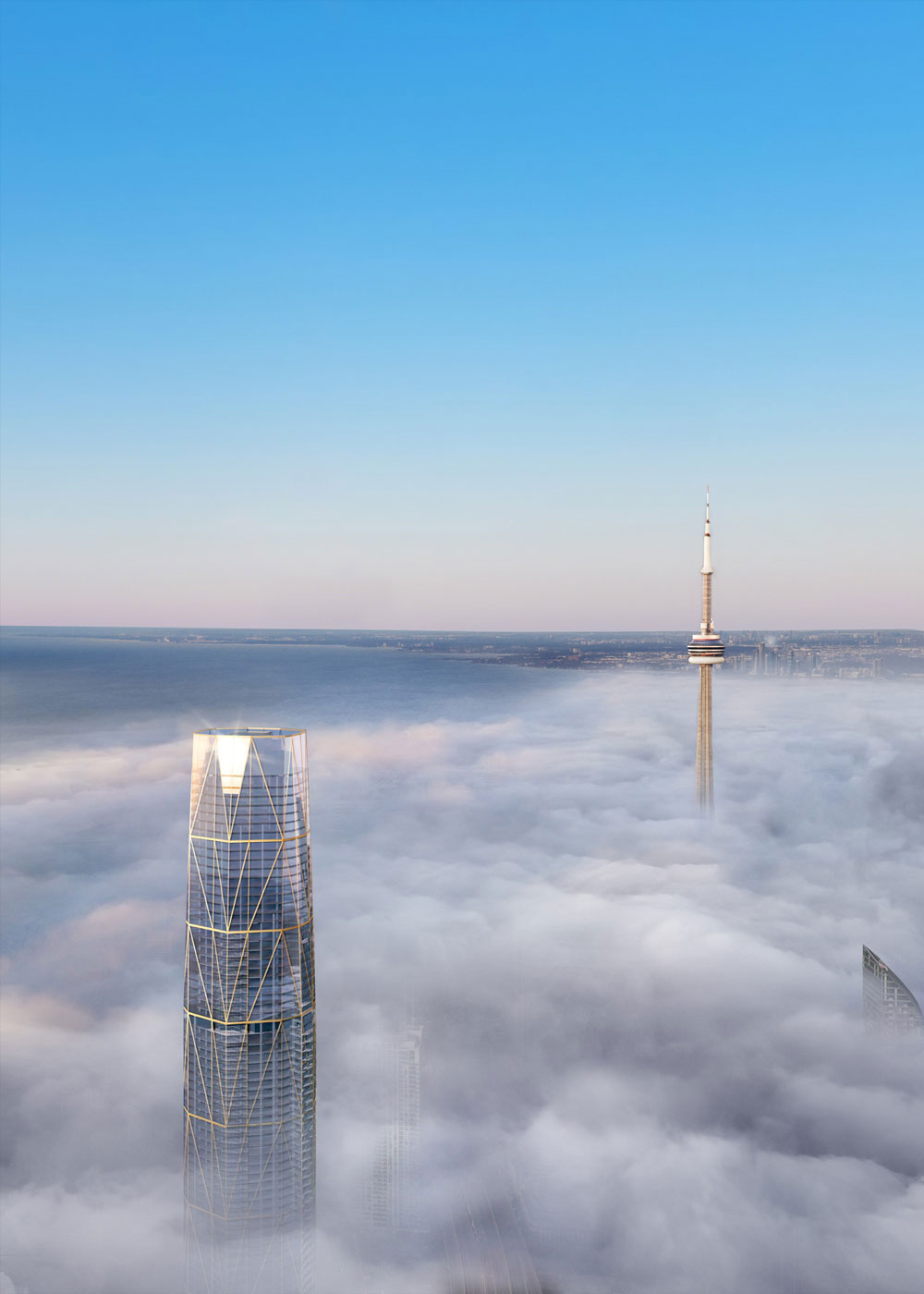 The other project that will stand out in the skyline, Scrinko says, is the Mirvish + Gehry skyscraper on King Street.

“While Great Gulfs Mirvish + Gehry is set back a little from the lake being on King, the facade appears to be covered in a similar reflective cladding as Gehry’s Luma Arles tower, which will catch the sun the really stand out from all the other buildings around,” Scrinko said. 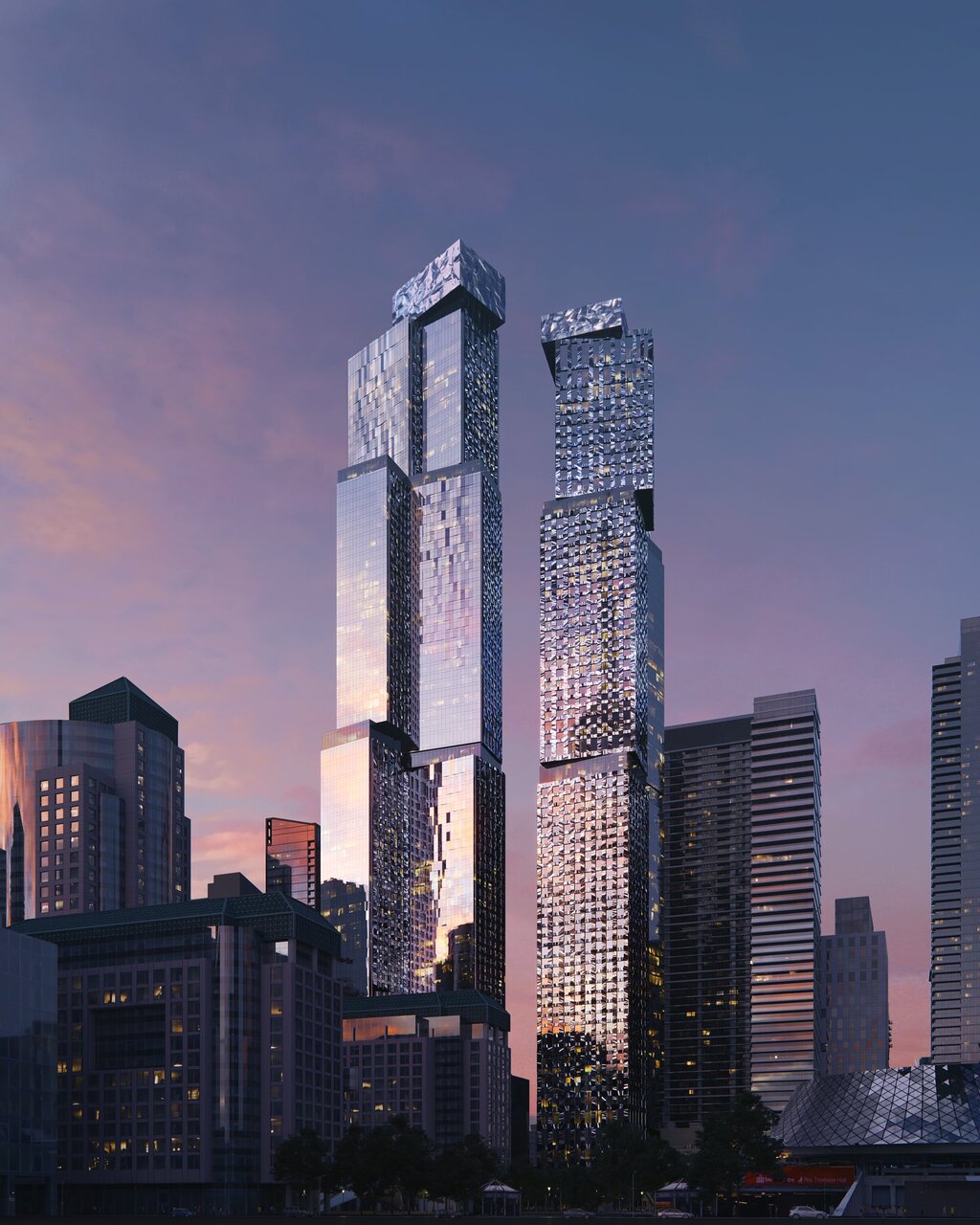 Also of note is the Union Park development, which would bring new green space to the city, in addition to four very sizeable towers.

The project, which has been proposed by Oxford Properties, would be an expansive development that rises up behind the Rogers Centre. Original plans included a casino, but it has since been removed. What the city will get, though, is a two-acre park built over the rail yard, which will connect to the future Rail Deck Park.

Plans call for the tallest tower to sit at 303 metres, which would make it the tallest office building in Canada. 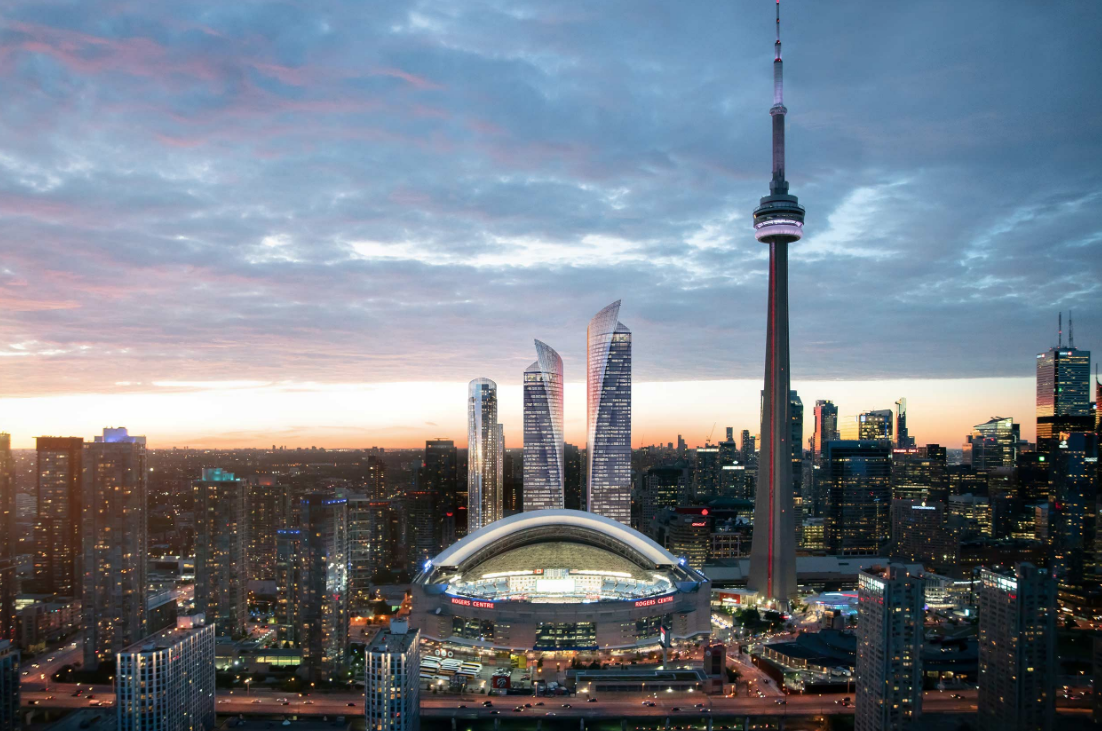 Scrinko discusses even more projects that could soon be popping up in Toronto over the next few years in a Youtube video for Precondo.

For better or worse, we can expect to see these new developments, and likely many others, taking shape over the next several years.