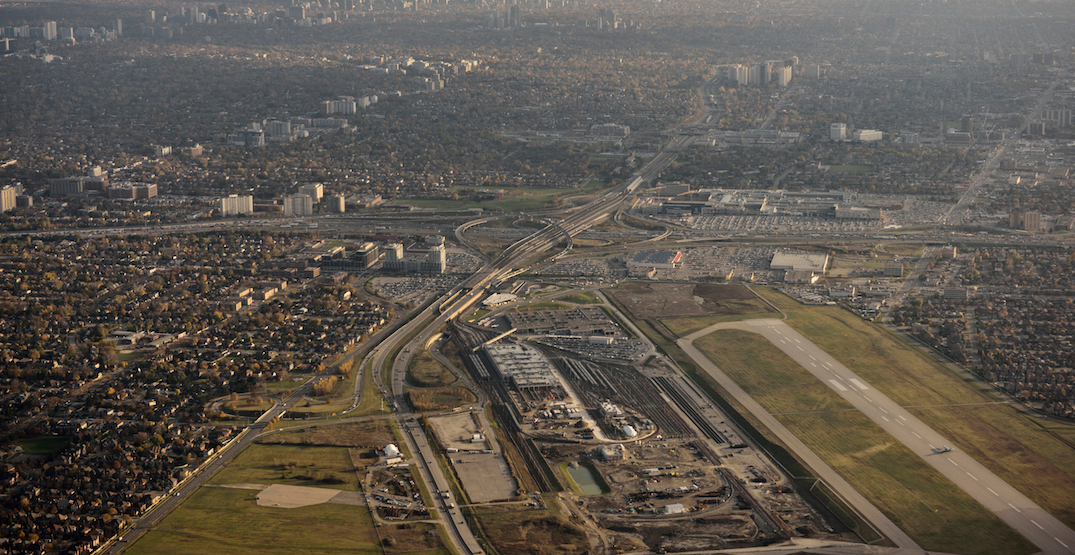 City Council is helping to set the stage for the redevelopment of 520 acres in Toronto’s Downsview area.

The pending development, which will sit just north of Highway 401, will span across the land currently occupied by the Downsview Airport, which will shut down in 2023, and the 370-acre Bombardier site that was sold by the company in 2018.

Council voted earlier this month in favour of providing a city staff recommendation to settle a zoning disagreement with Canada Lands, the federal agency that currently manages 150 acres of the developable land, and Northcrest Developments, the development firm that bought the neighbouring Bombardier site.

Northcrest, a firm that was created by funds from the public pension plan, is working in collaboration with Canada Lands and will oversee the Downsview land redevelopment.

Zoning disagreements arose over an “employment lands” designation that existed on Canada Land’s 150 acres, which would prohibit any residential development there.

The proposed settlement, supported by City Council, will allow for some residential building as long as the developers also build approximately 12 million sq ft of commercial space to ensure job creation.

When the dispute is officially settled, the developers will be able to move forward on the project, which will include needing to obtain multiple City Council approvals in the future.

The proposed development will see a total transformation of the area that will “re-imagine these lands and build resilient, sustainable, vibrant, healthy, and complete communities,” according to Northcrest’s website. There will be office space, parks, affordable housing, and schools.

“In addition to new schools, the agreement grows our parkland, moves forward on a community centre and daycare and keeps unreasonable development in check,” City Councillor James Pasternak tweeted in response to news of the City Council’s vote coming out.

In addition to new schools, the agreement grows our parkland, moves forward on a community centre and daycare and keeps unreasonable development in check. #Downsview https://t.co/zU1TLtIgTS

One of the development’s central ideas is that the area will comprise “15-minute neighbourhoods,” “where people live, work, shop, learn, and play within a 15-min walk or bike ride.”

In a report released last month, Northcrest said that a second round of community feedback on the Downsview development found that participants especially like the integration of parks, the mix of residential and employment spaces, and the layout of roads and transportation networks that are people-focused, rather than car-focused.

The area is already well-served by public transit, with three subway stops and a GO station nearby.

Northcrest is still in a testing phase and then will enter a planning and consultation phase, which is expected to last three to five years. The construction of these communities could take more than two decades, so they won’t be finished any time soon.