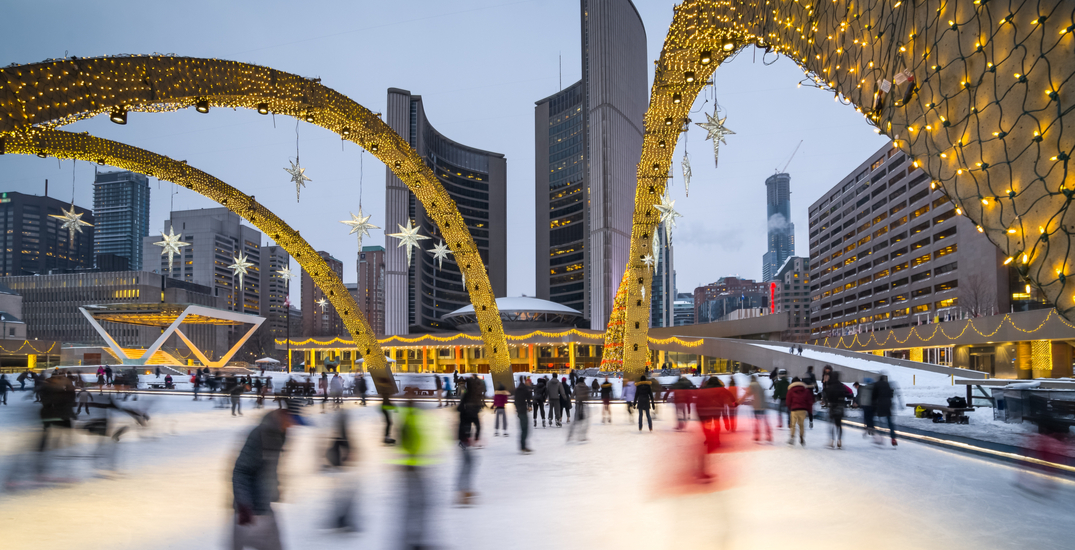 With snow on the ground and temperatures dipping below zero, it’s officially the time of year to bust out your skates and head to one of the City’s many skating rinks!

The City of Toronto officially opened most of Toronto’s outdoor rinks on November 27. As of Today, 38 City-run rinks have opened. An additional 12 will open later this week, and natural ice rinks will open in January.

City-run rinks will operate from 9 am to 10 pm daily. You can check each rink’s status here.

So grab your skates, and head on out to one of the many available rinks in the City! We’ve put together a map of all the open skating rinks in Toronto. We’ll add more as they open!

Union Holiday – Presented by TD is officially open to skaters! The massive outdoor rink will be open for select hours seven days a week. Make sure to register for your 45-minute time slot before you head out.

When: Sunday to Wednesday 11 am to 7 pm; Thursday to Saturday 11 am to 9 pm
Where: Union Station, 65 Front Street West, Toronto

Want a lake view while you skate? Head on down to the Harbourfront Centre’s rink! Skate around the ice loop and rink while taking in the gorgeous views that the City’s waterfront has to offer. 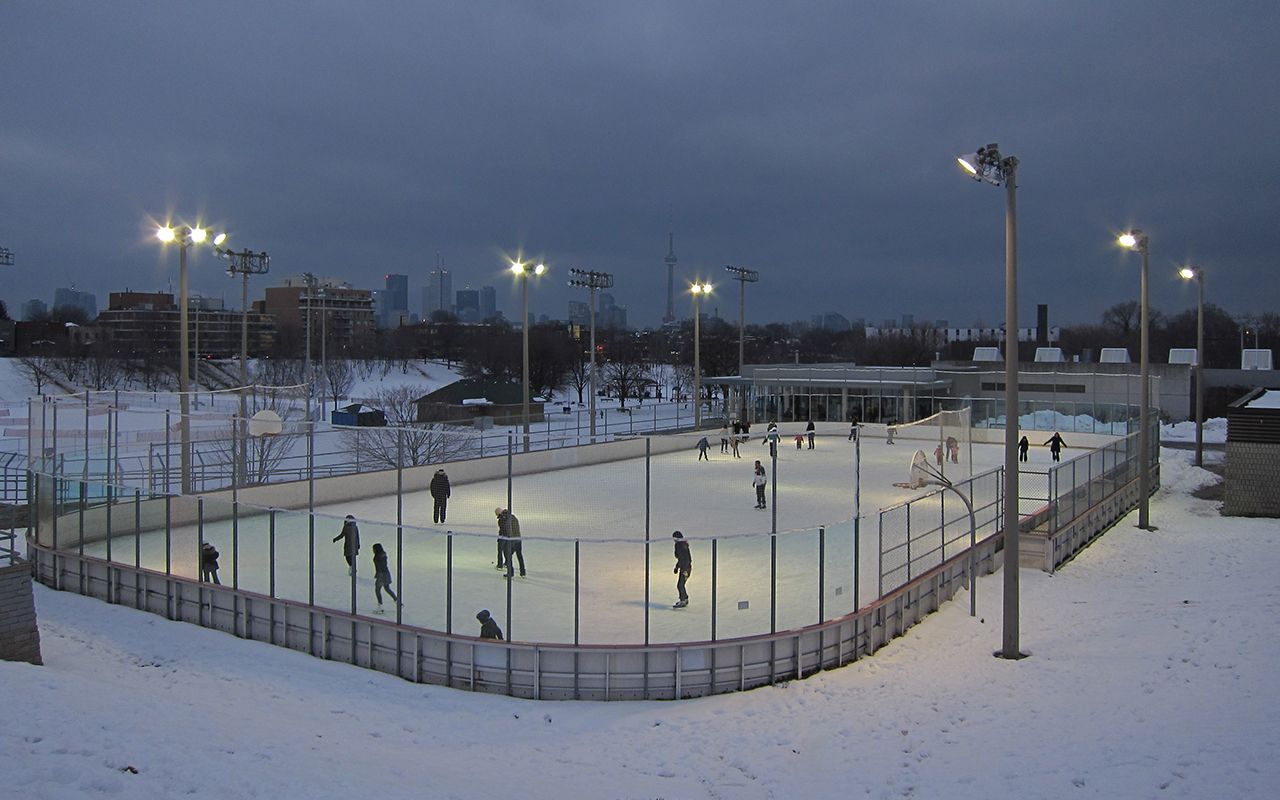 Christie Pits is well known as a great spot for tobogganing, but don’t miss out on their skating rink! Now open to skaters, why not toboggan down one of the surrounding hills to arrive at their outdoor rink? Twice the fun!

More in the mood for a skating trail? Head to College Park and take advantage of theirs in the heart of downtown!

Grab a drink, some food and skate the night away on this rooftop patio rink!

Colonel Samuel Smith Park features a waterfront skating trail. The trail is in a figure-eight loop, so you can go around and around as much as you like! 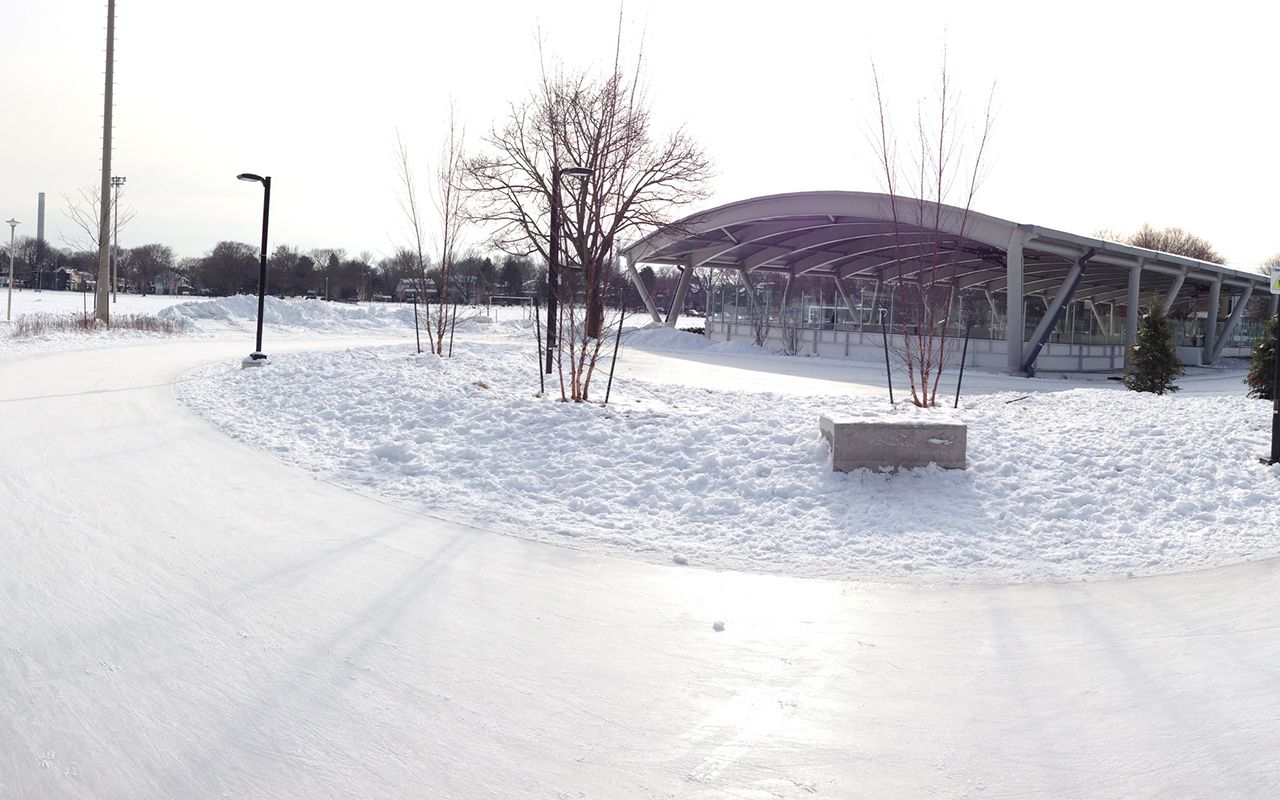 Take in the Cavalcade of Lights while you skate!

When: Daily, 9 am to 10 pm
Where: Nathan Phillips Square, 100 Queen Street West, Toronto