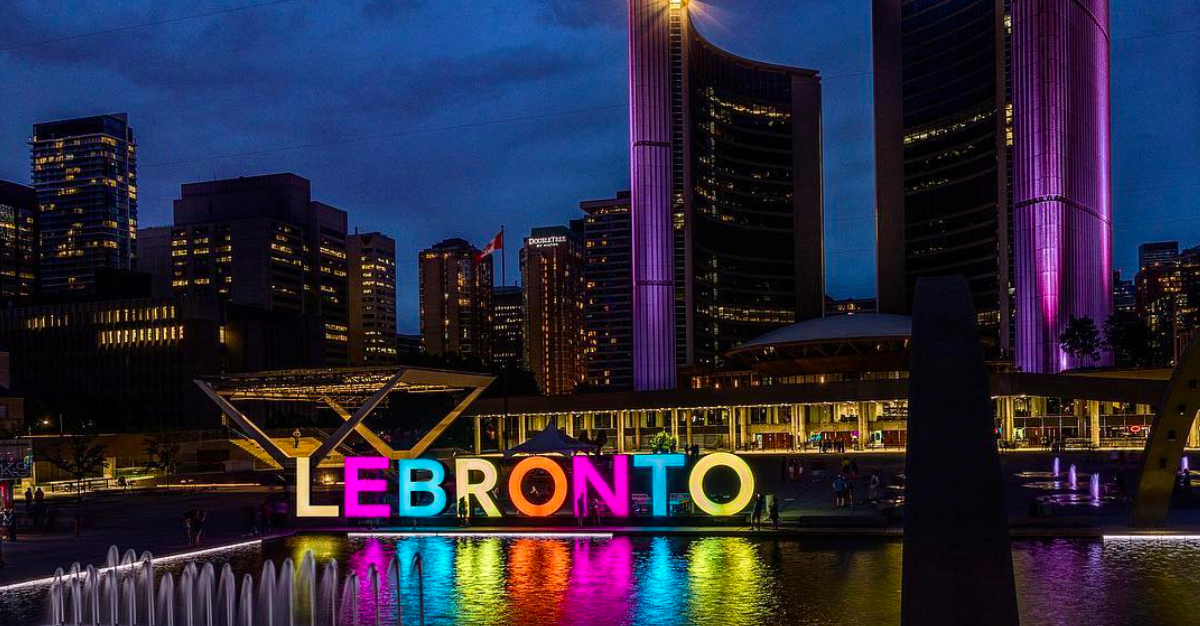 “We’ll be back to Lebronto, for the fourth quarter…”

And just like that, a new name for Toronto was (sadly) coined.

In case you missed it, the Raptors lost Game 2 to Cleveland Cavaliers, and mostly LeBron James.

The pain for Toronto fans began after half-time, and an American announcer hit decided to spin the city name to reflect what was going on at the Air Canada Centre on Thursday evening.

Within minutes, the internet decided to redesign the famous Toronto sign at Nathan Phillips Square.

Along with it, the beloved “Welcome to Toronto sign,” which recently transformed after the Oscars, also got a little makeover.

And Lebronto ended up being the gift that kept on giving…

Since a municipal election is coming up, CBS Sports decided to add a candidate for Toronto to vote for.

But chin up, Leb… Toronto.

It’s only Game 2, there are at least five more to go.

Game 3 goes down on Saturday in Cleveland.