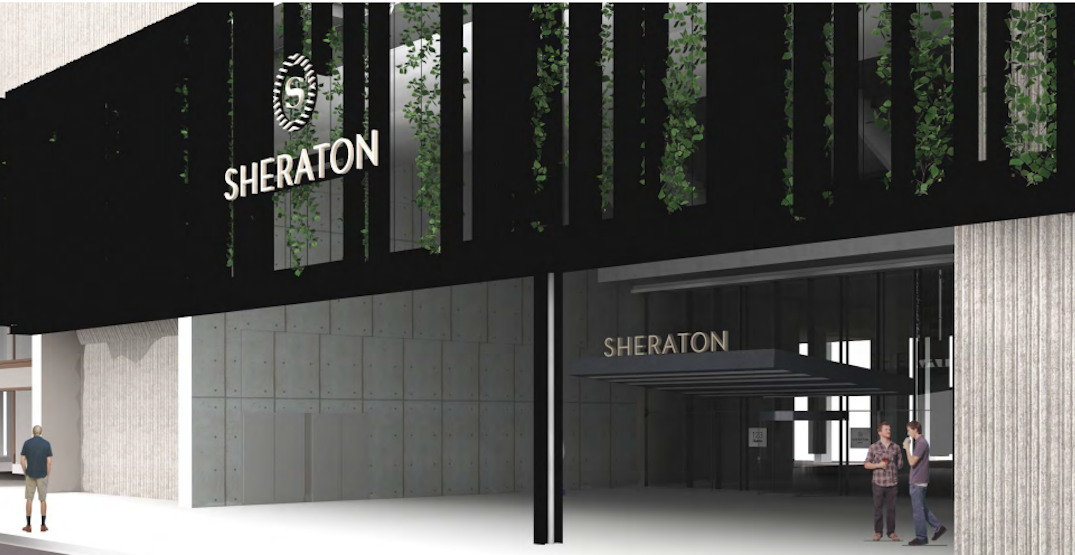 The owners of the Queen Street West hotel filed plans with the City to add 19 new signs to the building’s exterior.

Renderings of the plans included in the application show the hotel having a much more modern look once the changes are made.

The additions would see sleek, modern black signage added to the hotel, including a large sign along Queen Street with greenery draped from it. The signage will display the new Sheraton logo at various entry points.

These changes will be a departure from the building’s brutalist design style, but will hopefully help it to integrate into the more modern landscape. 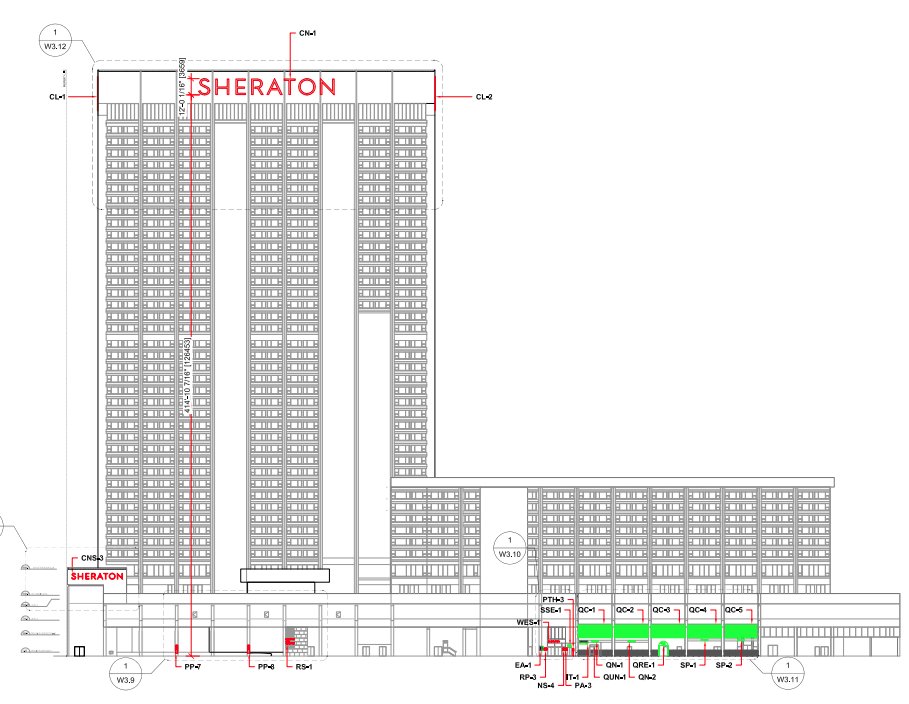 The hotel itself has been closed since December due to COVID-19, but the owners are going ahead with an exterior revamp in the meantime. The closure is temporary, with plans to open up at an unspecified date.

The new signs aren’t the only recent modernization of the hotel. The interior was renovated in 2016, just before it was bought by its current owners Brookfield Asset Management. Last year, Brookfield updated the interior of the hotel.

No completion date has been announced for the new signage.