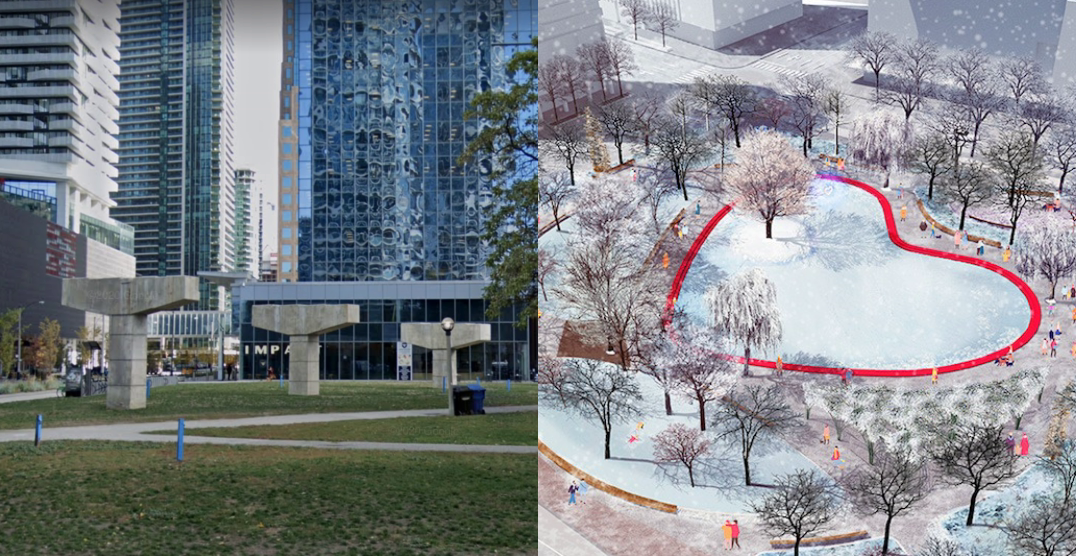 The seemingly left-behind concrete pillars that have stood along Queen’s Quay West since 2017’s demolition of a Gardiner offramp are finally coming down this week to make room for the Love Park.

Demolition crews will take to the site on Wednesday, September 8 to tear down the bents — a step that will take an estimated five to eight days to complete, according to the City.

Those in the vicinity can expect loud noise, increased dust, and construction vehicle traffic. The City says it has taken steps to mitigate the impact the demolition will have on the area by using dust control fabric on fencing, spraying water on surfaces, and installing steel netting to contain debris.

Removing the Gardiner bents is just one of several steps needed to create Love Park — a planned two-acre park at Queens Quay West and York Street that is taking the theme of “love” quite literally.

In the middle of the park will be a heart-shaped pond containing an island with a Northern Catalpa tree surrounded by bright pink heart-shaped flowers. And right above the water will be a pink glowing heart designed to look like it’s floating in the air. 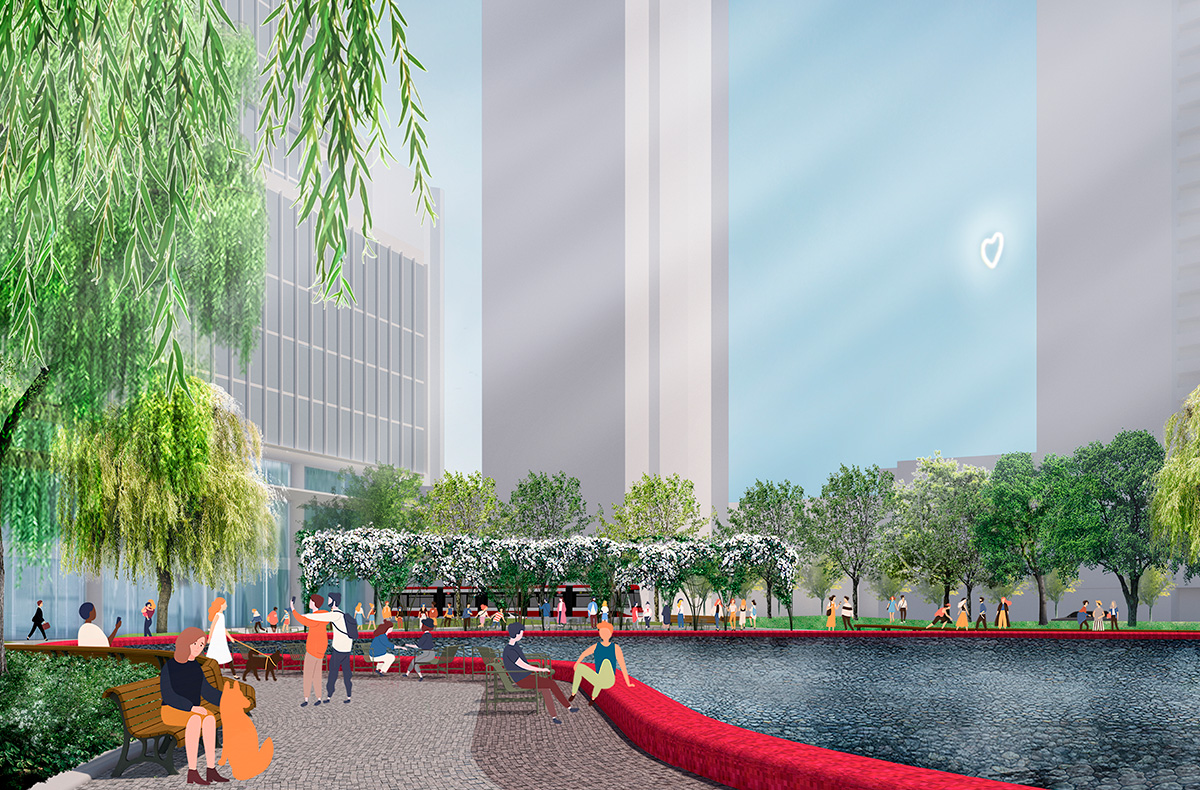 Moveable furniture will be placed around the water feature so that park-goers can sit wherever they like. There will also be curved, tree-lined paths, grassy areas, and plenty of greenery to give the space a nature-heavy feel. And on the northern side of the park will be an off-leash area for dogs. 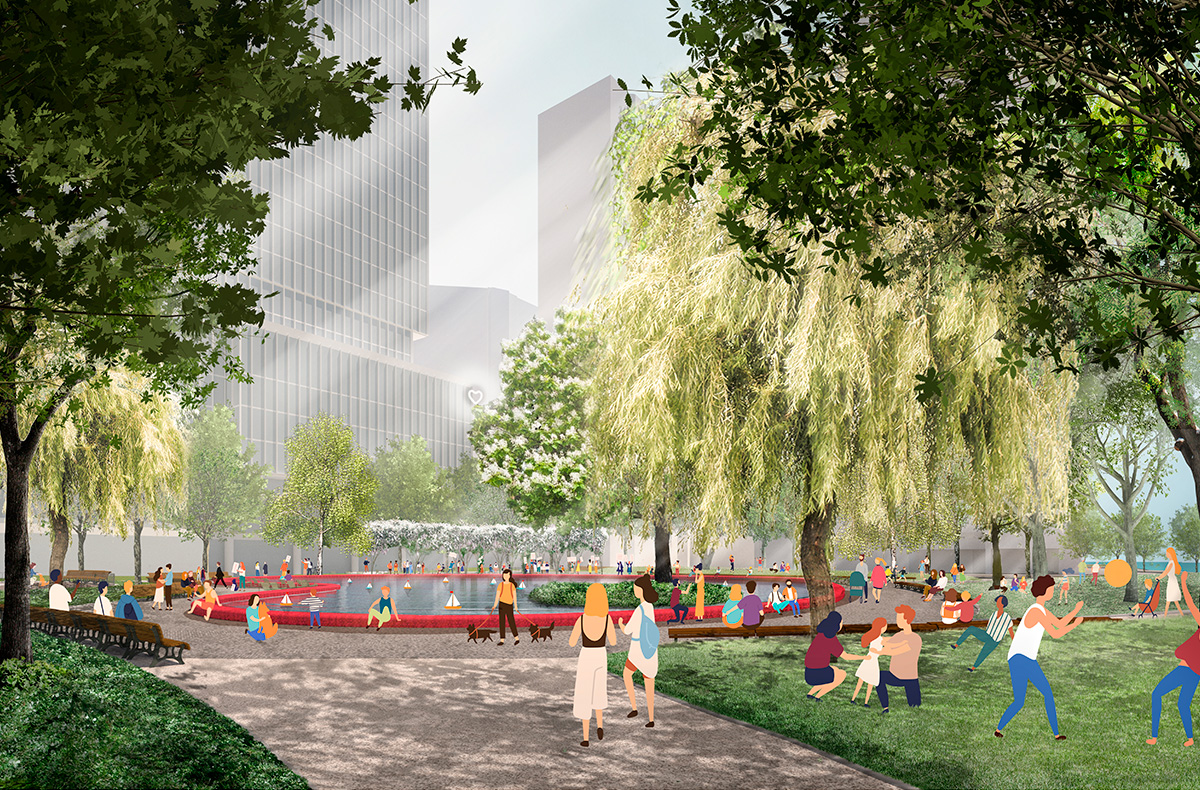 Construction is underway and is expected to wrap up sometime in 2022.