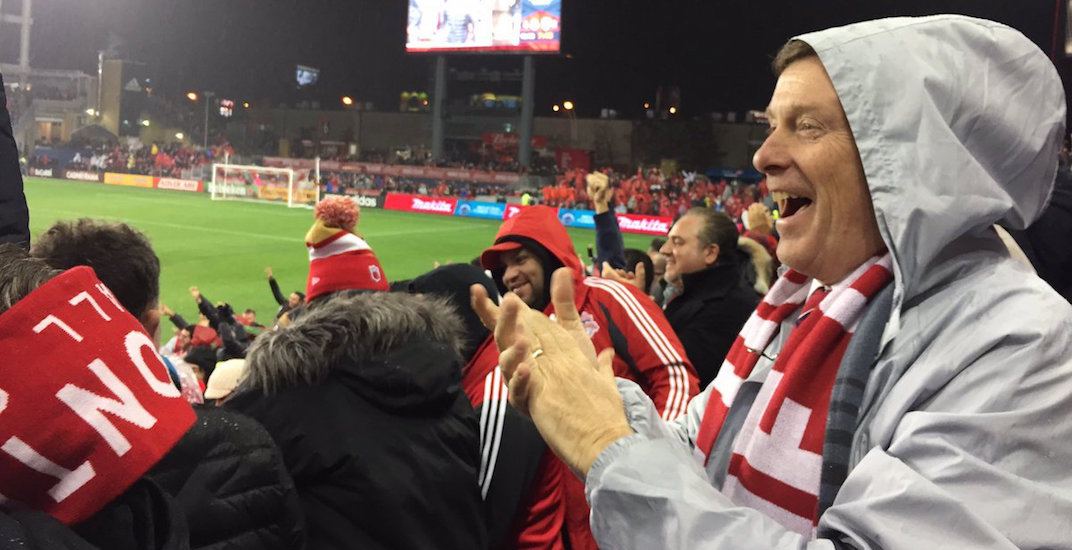 Does John Tory have a gambling problem?

I mean, the Toronto mayor seems to be betting with everyone these days. That’s very good news for Toronto sports fans, because it means the city has teams playing for championships.

Not long after a successful wager with Calgary’s mayor Naheed Nenshi for this year’s Grey Cup, Tory’s at it again.

For a second straight year, Tory is gambling with a mayor of Seattle – this time newly elected Jenny Durkan. Tory outlined the details of his bet on Twitter this morning:

The big bet has been set with Mayor Jenny Durkan for Saturday's #MLSCup game between Toronto FC & Seattle FC. I'm betting on the Reds to win! Come on you Reds! #TFCLive pic.twitter.com/K7xURc9nb3

Durkan was feeling confident in her team, the Seattle Sounders, as they look to defeat Toronto FC in the MLS Cup for a second straight season.

“Seattle is rooting for our Sounders as they seek to repeat as MLS Cup champions and bring our Cup back home,” Seattle’s mayor said. “All season long, they have shown the kind of grit, teamwork and passion to make us proud. And we know they will make us proud on Saturday in Toronto. Go Sounders and defend our cup!”

Tory wasn’t backing down though.

“Toronto has some unfinished business to attend to when it comes to the MLS Cup and Seattle,” he said. “The entire city is cheering on our Reds. We know they will make us proud and bring home the MLS Cup after this record-setting season. I’m confident our Reds – with their dedicated fans filling BMO Field and cheering them on – will be victorious. Come on you Reds!”

MLS Cup kicks off at 4 pm on Saturday at BMO Field.