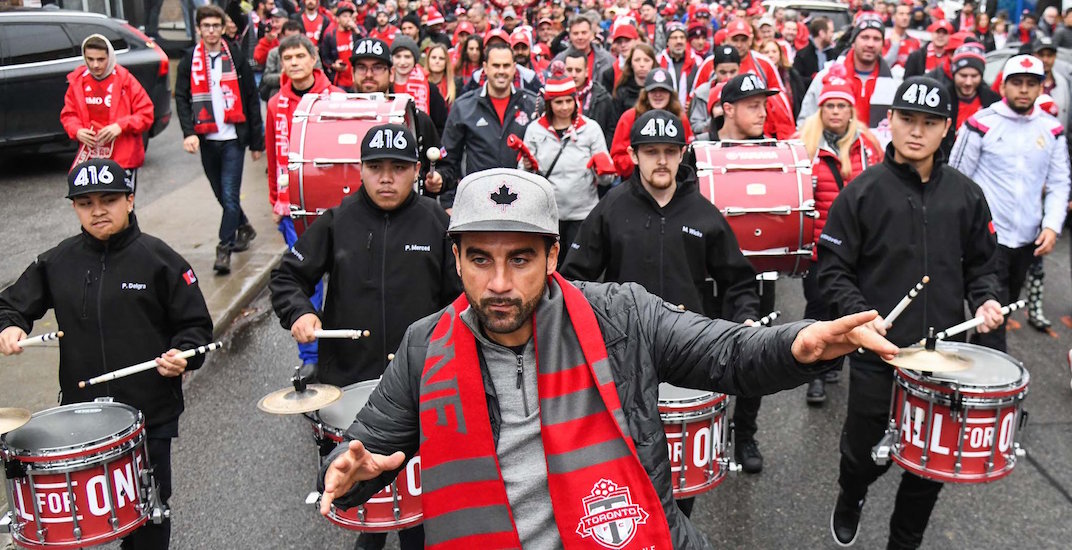 To say there’s a lot on the line for Toronto FC this Saturday would be an understatement.

Playing against the Seattle Sounders at BMO Field in the MLS Cup final for the second year in a row, TFC’s looking for redemption. They’re looking for revenge.

They’re looking to cap off the best-ever MLS regular season with the championship they feel they deserve.

Quite simply, it’s the biggest game in franchise history.

Tickets for the game are sold out, but the club is offering a cool alternative.

TFC is organizing an outdoor viewing party in Liberty Village (located at the corner of East Liberty Street and Atlantic Ave), within earshot of the stadium. Think Maple Leaf Square for TFC fans.

The “Red Christmas” TFC Cup Viewing Party will feature a 20-foot big screen, heat lamps, and free hot chocolate, begins at 2 pm. Match kickoff is at 4 pm. They’ll be giving away TFC/Budweiser sweaters, and there’ll be an appearance by former player Danny Dichio.

The Eastern Conference Championship Trophy, Supporters Shield, and Voyageurs Cup will be on display for fan photo ops. Food, beverages, and TFC merchandise will also be available for purchase.

Tickets to the viewing party are available for $10 (donated to charity) through Ticketmaster.

This year, redemption is best served Red. Come on you Reds! #TFCRedChristmas