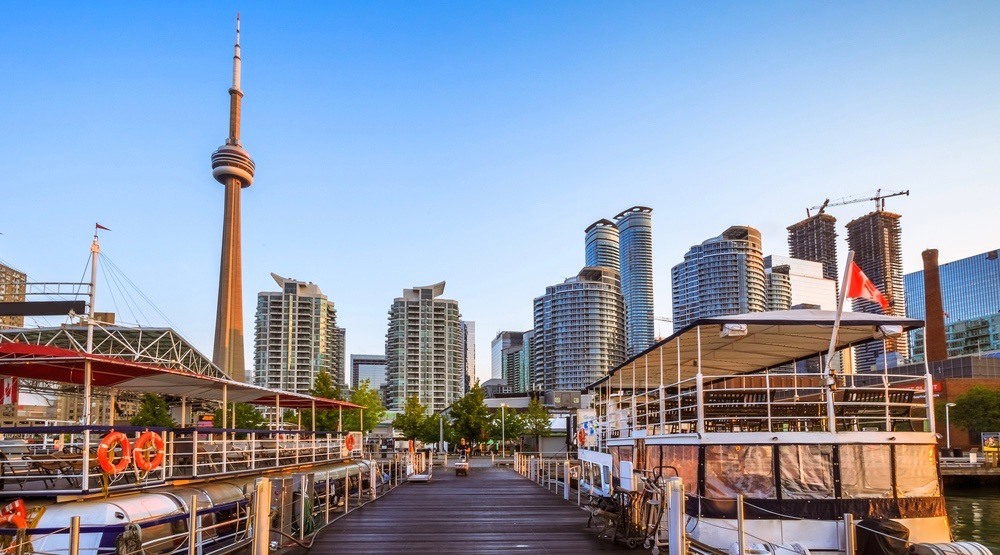 Wake up and smell the weekend, Toronto!

It’s Saturday morning and you don’t have to be anywhere other than you want to be (yes, bed counts). So start pouring yourself some coffee and start figuring out all the things you can do in the city today.

From cherry blossoms to the Raptors tailgate, it’s going to be a good Saturday in Toronto.

What: Earlier this week, the Sakura Cherry Blossoms in High Park website announced that the recent warm weather in the city has accelerated the buds’ development to “the point where all the trees are now in a clear stage 5 of development.”

When: All weekend long
Where: High Park, 1873 Bloor Street West

What: This might be a bit of a stretch from downtown, but we promise this event will be worth the drive! The expo will feature wine, beer and spirits from around the world and regional wines from the Niagara area. While you’re here, you can sample local cuisine from Niagara’s top chefs while taste testing your way through all the amazing wine. It’s a great way to discover a (few) new favourites.

When: April 21 to 23
Where: Scotiabank Convention Centre, 6815 Stanley Avenue

What: My Arm is an elegantly simple work that confirms UK theatre artist Tim Crouch’s insistence that interesting effect of theatre occurs in the minds of the audience.

What: Toronto Fashion Week might have wrapped up in March, but there’s still one more fashion-forward event to check out. Fashion Art Toronto returns with its annual, five-day celebration of provocative, avant-garde and cutting-edge fashion and art. With over 45+ runway shows and performances, photography exhibits, art installations, and fashion films planned audiences will definitely leave inspired.

What: Take spring cleaning to a new level, as you join Stop Plastics for an afternoon of cleaning up one of the city’ beloved beaches. Make sure to bring your own gloves and wear suitable footwear for a sandy (and possibly wet) beach.

What: The MLSE will also be hosting a tailgate party for Raptor’s away playoff games. The tailgate begins two hours before tip-off so make sure to claim a good spot in front of the big screen early. Let’s hope we have a little something more to cheer for than in Game 3.

What: Relive the golden days of Motown at this must-see musical event. This performance is complete with a 15-piece cast of singers and musicians performing live look-a-like/sound-a-like tributes to The Supremes, The Four Tops, The Temptations, Marvin Gaye, Smokey Robinson, Jackson 5, Martha and the Vandellas and more and features all your favourite songs of the Motown era.

When: April 22, 7:30 pm
Where: Sony Centre for the Performing Arts, 1 Front Street East

What: This Earth Day, swap your gently used clothing and accessories for some sweet new finds. Clothing swaps are a great way to downsize your closet and give life to pre-loved items by shopping sustainably in an eco-friendly and socially conscious way.

What: The March for Science is a call to scientists, educators, students, engineers, parents, children, science communicators, and science enthusiasts of all backgrounds to support and safeguard the scientific community.

What: Earth Day will be celebrated on Saturday, April 22 this year, and there will be plenty of events to participate in to show your support for environmental protection in the city. Whether you’re interested in filling your home with eco-friendly items or planting a tree or picking up some plants for your condo, there are more than a few ways to go green this Earth Day.

When: April 22
Where: Various locations throughout the city

What: While many of us celebrate vinyl every day of the year, April 22 is a day to celebrate and local record shops in Toronto. During this day, you can find special edition vinyl deals and releases, performances, and sales for vinyl enthusiasts to take advantage of.

When: April 22
Where: Various record shops throughout the city

What: Calling all music lovers, Canadian Music Week is back for the 35th year and will feature over 800 performances over the course of five days in more that 40 music venues throughout the city. Can’t make it to your favourite musician’s concert? You can still get in on the action by checking out the music showcase, conference, or film fest.

When: Now until April 23
Where: Various venues throughout the city

What: In honour of Earth Day, Grow Op at the Gladstone Hotel will be celebrating its fifth year this month. This exhibition will feature art and design that cultivates ideas across a broad range of disciplines, examining how humans and other species live within and without natural systems of growth, change, abundance, scarcity, decay, and life.

When: Now until April  23
Where: The Gladstone Hotel, 1214 Queen Street West