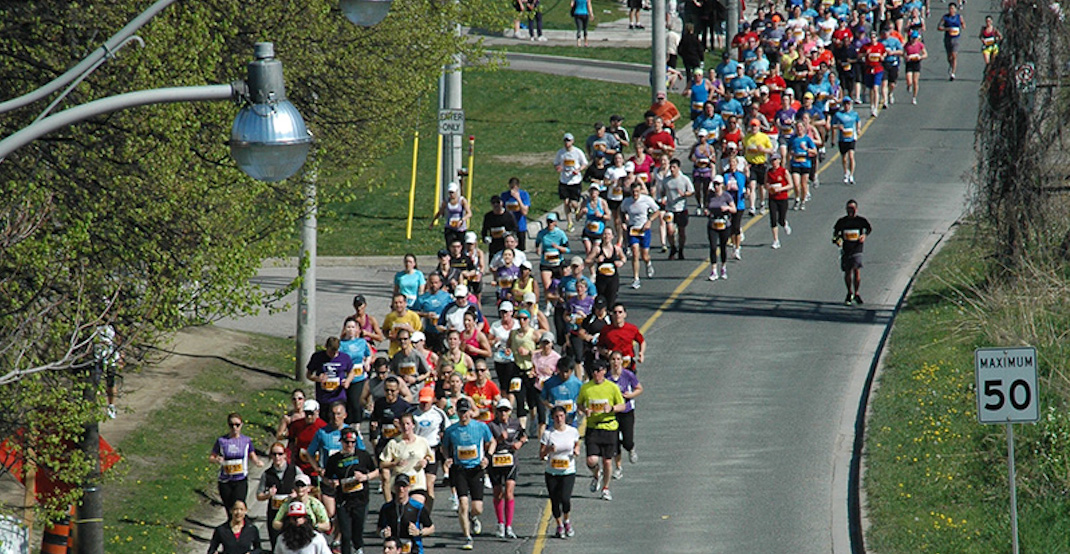 This Sunday is going to be a busy one in the city!

With the Toronto Marathon, a Raptor’s tailgate party, the Khalsa Day parade, and the Manulife Paddle the Don event all running, there will be multiple road closures across town.

Business in the areas of the events will stay open to foot traffic, but you won’t be able to access these spots by car.

These are the spots you’ll want to steer your vehicle clear of on Sunday, May 5:

The race will begin at Yonge Street and Sheppard Avenue and will initially include closures on surrounding streets north of the intersection.

The race will then turn south, travelling east towards the Don River. Then, it will come back west, across downtown, to Humber Bay Park East. A map of the route is available here.

Toronto Raptors tailgate and viewing party – 7 am to midnight

Bremner Boulevard from Lakeshore Boulevard West to the east side of the parking garage at 25 York St. will be closed. A map of the closures is available here.

A map of these closures is available here.

Manulife Paddle the Don event – 8 am to 6 pm

Bayview Avenue will be closed between Mill Street and Front Street East. A map of these closures is available here.

In addition to road closures related to special events, a significant amount of road work is taking place in the city.

As a result of this, people are encouraged to take public transit as a greener, faster and more affordable way of getting to their destinations.  Those who need to drive in the general vicinity of special events should allow extra time to get to and from their destinations.

A more complete list of events and road work is available here.