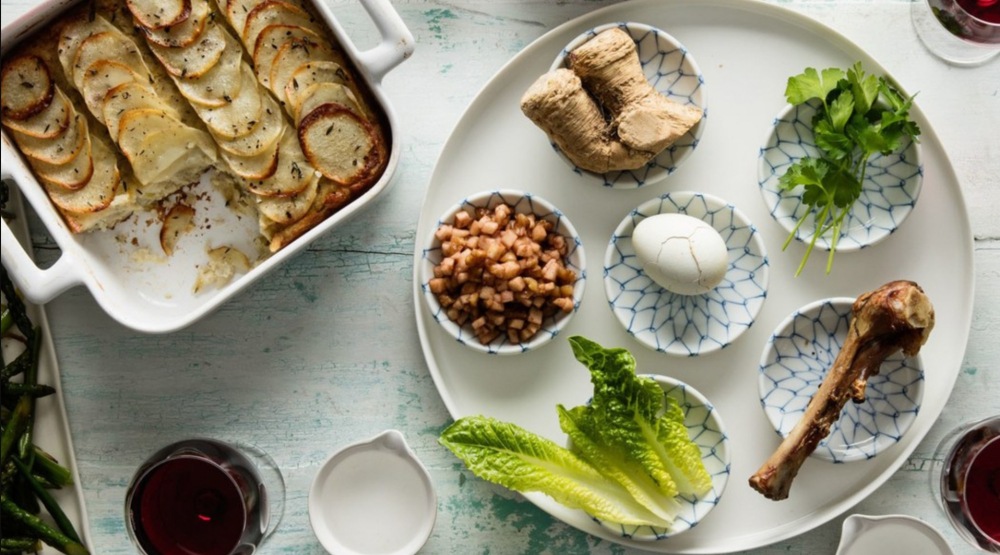 Whether you’ve never been to a Seder before or you’re looking for a new spin on old traditions, these three Toronto restaurants are up to the task.

For the uninitiated, the customary springtime feast celebrates the Jewish exodus from Egypt with a retelling of the biblical tale paired with plenty of wine and symbolic dishes peppered throughout.

At these no-so-traditional Seders, see how Jewish Food in Toronto continues to evolve and maybe even glean some ideas to introduce to your own table. Devilled eggs? Holy H’ yum!

Now in its 7th year, Zane Caplansky leads the Second Seder at the flagship deli on College Street. Dine and recline (as is the tradition) while feasting on seven courses. Expect all the essentials from matzoh ball soup to braised brisket.

This modern seder from Chef Noah Goldberg will reimagine the age-old Passover tradition as with a modern twist. The menu heralds in spring with an emphasis on pasture-raised lamb and local ingredients.

Emily Zimmerman hosts this Vegan Passover Seder in part of the ongoing supper club series run by The Depanneur. Billed as a creative and vegan spin on staple dishes from the Jewish holiday.

Start with sunflower seed chopped liver, chopped string beans, and sun dried tomato pesto, with matzoh crackers, followed by borscht, tzimmis, “brisket” (young jackfruit and mushrooms in gravy_ with mashed turnips and tabouli. It all ends on a sweet note with a coffee and hazelnut mousse.