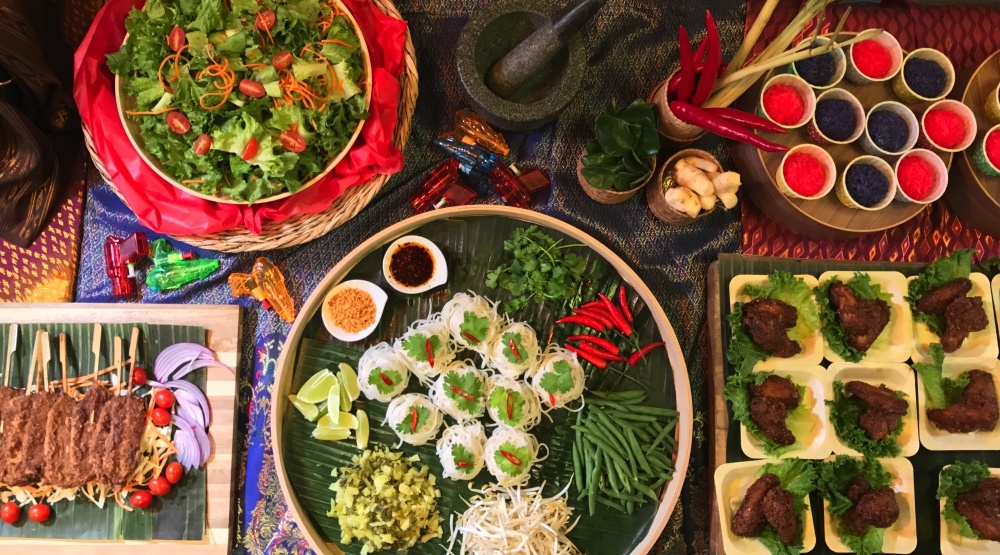 Spring is here and as Toronto starts to thaw out this April there’s a whole bushel of food events sprouting in every corner of Toronto.

From free giveaways and pop-ups to food festivals and beer gardens, these events happening in Toronto this April offer very good reasons to save your appetite… and the date.

Nando’s is giving away FREE Peri-Peri Chicken at its outposts on Bay Sreet, Queen West, Eglinton East, Danforth, and in Etobicoke. With a donation for Daily Bread Food Bank, chicken lovers can get a FREE quarter chicken with peri-peri fries for dine-in while supplies last.

When: April 1, 11 am to 2 pm
Where: See participating Nando’s locations here
Price: Free

The Toronto brewery hosts this pop-up featuring all New Brunswick oysters over the first two consecutive Sundays in April. Enjoy with the house brews and classic accompaniments.

This edition of 86’d Mondays features a bake-off between Roselle, XO Bisous, The Sweet Escape, Lavelle, Corvis: dessertbar, Mabel’s Bakery and Le Gourmand. Attendees will vote for the winner of the “yummiest, smushiest and chocolatiest” cookies.

A Night in the Mediterranean Secret Garden

Ben & Jerry’s celebrates Free Cone Day at outlets around the world on April 4. Toronto, lacking a standalone storefront, will host the giveaway on Ryerson Campus.

When: April 4 to 9
Where: Riverside District, Toronto

This two-day celebration of cafe culture will showcase beans, blends, and recipes while offering plenty of sampling opportunities as well as the chance to vote on the best coffee and tea in Toronto of 2017.

Great Friday at the Brewer’s Backyard

Make Good Friday even good-er at this laidback afternoon of beer, sunshine, and food trucks at the Evergreen Brickworks.

When: April 14, 11 am to 4 pm
Where: Evergreen Brick Works, 550 Bayview Avenue, Toronto
Price: Admission is free

Food stations and live entertainment will be inspired by New York City’s five distinct boroughs at this fundraising event in support of Raising the Roof. Expect highlights like Cronuts to New York Cheesecake, and more.

Missed the party on College Street? Khao San Road is also celebrating the Thai New Year with an epic water fight and tons of drink specials and snacks. BYO towel and change of clothes–water guns and other goodies provided!

Designed in honour of the six banned nations affected by Trump’s travel ban, this dinner from Chef Hemant Bhagwani will showcase the culinary traditions of Somalia, Sudan, Libya, Iran, Syria, and Yemen (plus Iraq).