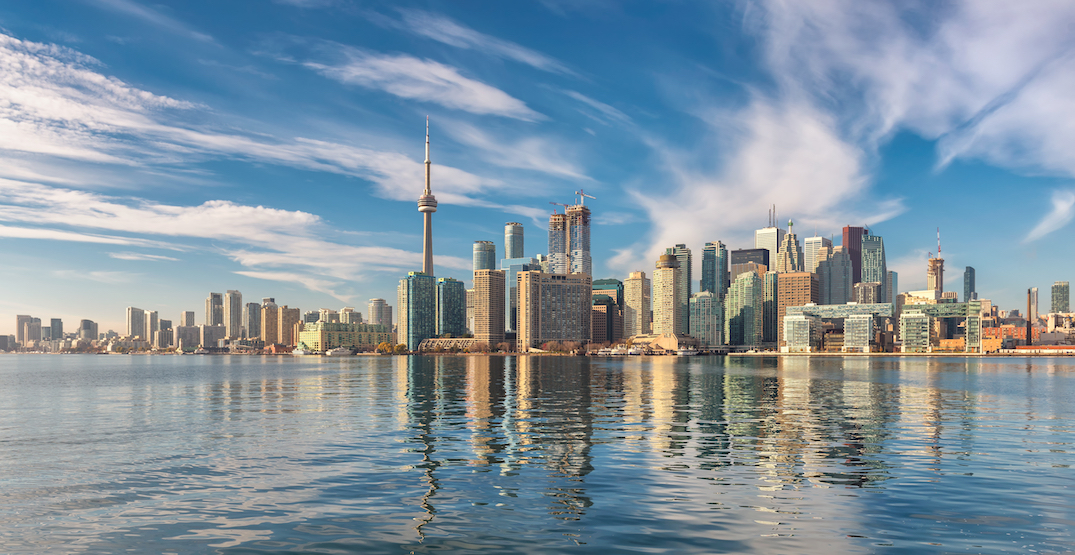 After a long run as the most expensive city in Canada to rent in, Toronto rental prices have fallen below Vancouver.

A new report from liv.rent took a look at rental prices in Canada’s three major cities — Toronto, Vancouver, and Montreal — for the first quarter of 2021. It found that after a year of steady declines in average Toronto rent prices, they hit a new low of $1,704 — slightly below Vancouver’s $1,783.

Coming in behind Montreal, Toronto has seen the second-largest drop in rental prices out of the major Canadian cities since the start of the pandemic. After average prices neared $2,000 at the beginning of 2020, they have now fallen 11.8% across the city.

Interestingly, there was one outlier area that saw a price increase: furnished one-bedroom units in Etobicoke.

This dropping rent trend hasn’t just been limited to Toronto and has been seen in surrounding GTA cities as well. Brampton rents fell by a whopping 24.1% over the past year, while Mississauga prices dropped 17%. Vaughan and Markham saw decreases of 7.8% and 10.9%, respectively. 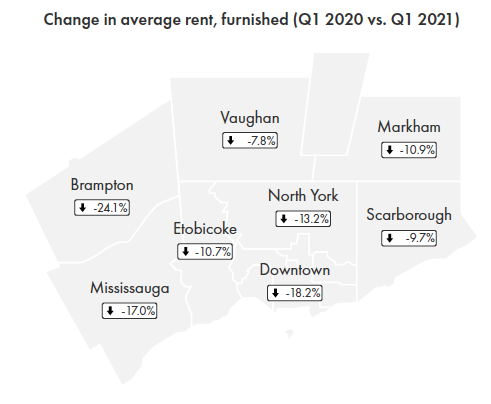 According to the report, the lower rent prices in Toronto are expected to continue “until travel restrictions ease, and we see the return of tourism, immigration, and international students,” at which point we can likely expect them to return to more normal (and more expensive) levels.