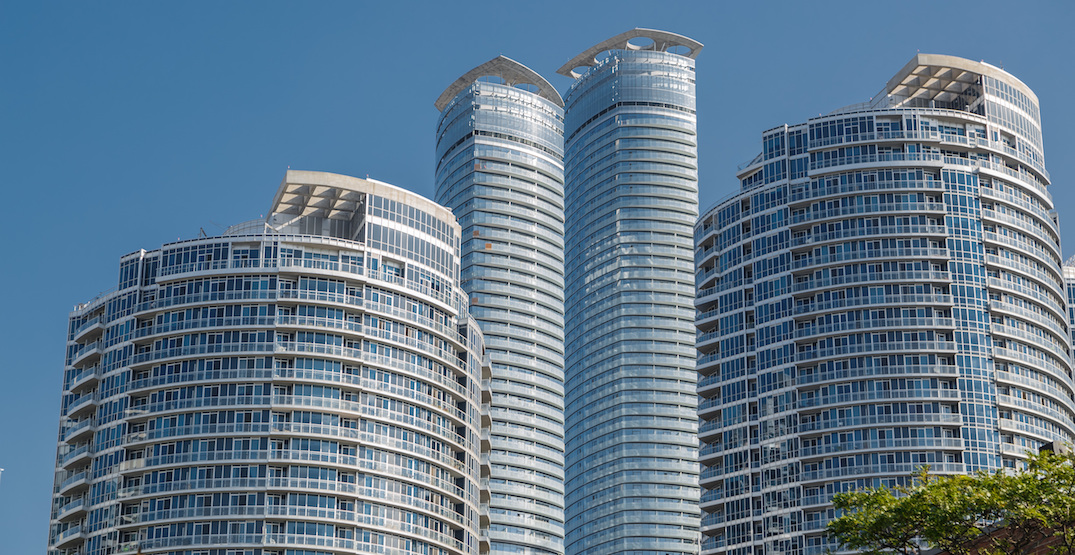 After a slight dip at the beginning of the pandemic, the Toronto condo market came bouncing back. But new data shows that Toronto condo sales saw a drop in April while prices simultaneously plateaued.

As the number of sales drop, condo prices in Toronto’s red hot housing market appear to have leveled off, with the average price-per-square-foot for a Toronto condo coming in at $882 — a $3 decline from March.

Strata.ca realtor Francisco Hiebert says that this is a sign the market is cooling off, but he doesn’t believe there will be a full-on bubble burst.

“That sudden rise in demand over the winter had solidified people’s beliefs that we’re in a bubble — a bubble that was eventually going to burst,” Hiebert said. “But I don’t think we’re going to see values plummet like that. If you look at the numbers, prices-per-square-foot are still lower than what they were right before the first COVID-19 lockdown.”

The reason for this drop in demand, according to Strata.ca broker Cliff Liu, is likely due to out-bid condo buyers in recent months finally giving up.

“The market seems to be correcting itself without the government getting too involved,” Liu said. “This is because buyers were trying to get in as prices climbed over the winter. That whole time though, all we heard about were bidding wars and condos selling for $100K over asking.”

“If you were looking for a one-bedroom at $550K last year, that same unit is now closer to $600K,” Massoudi said. “Some people are giving up altogether because it’s not easy to come up with an extra $50,000 that quickly.”

With Toronto rental prices dropping significantly over the past year, Massoudi suspects that many would-be buyers opted to take advantage of cheaper rent while they can, rather than buying.

Only time will tell if the drop in Toronto condo sales and stagnant prices will become a trend throughout the rest of spring and into summer.